Billy, a good church-going man, reluctantly leaves his choir to join the community theater at the request of his girlfriend Shannon.  What Billy doesn’t realize is that there are all different kinds of characters who partake in the community theater – the nerdy gamers, the anti-establishment antagonizers, the gays, and, of course, Dracula.  Yes, Dracula – the Prince of Darkness.  The theater’s director is a satanic worshipper who feeds off the sins of his actors to resurrect Dracula and start a whole new world order of vampires. 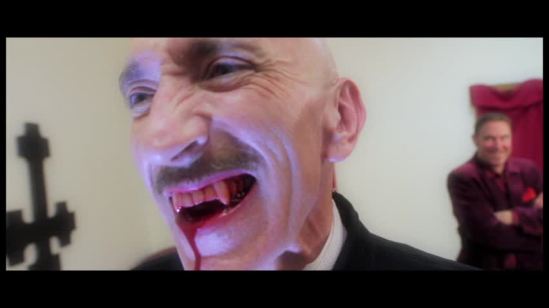 “The Sins of Dracula” film is a homage to multiple horror genre branches. Decades including the 1970s and the 1980s source the brilliantly colored and expression heavy of the Hammer horror era and combine it with the gore of video nasties marking all present and accounted for in this ode to classic horror and that’s the creative style of director Richard Griffin and his Scorpio Film Releasing company which quickly produces many independent films that hit many media platforms. My previous film experience with Griffin includes “The Disco Exorcist” that implements film stock imperfections and the hardcore porn of the 1970’s. The other Griffin film, “Murder University,” aims to create a satirical look at a murderous cult gone collegiate. Lastly, my very first Richard Griffin film was Feeding the Masses wanted to be a social political zombie following in a George A. Romero fashion. So there is no surprise here that Griffin does what he does best, but after seeing “The Disco Exorcist” and “Murder University” both which I liked in previous reviews The Disco Exorcist review here and Murder University review here, “The Sins of Dracula” warranted high hopes for Griffin to do something new and cut ties with the old, regurgitated scenes. 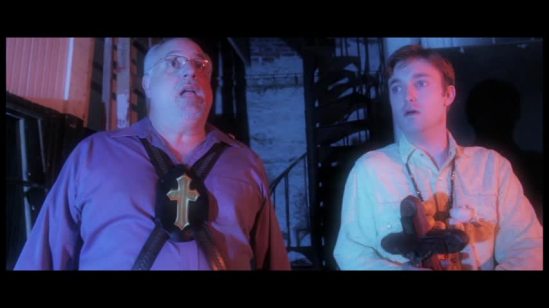 Enough about Griffin, let’s talk about “The Sins of Dracula.” Just from reading the synopsis alone, one can conclude that this horror-comedy will come off as a bit outrageous, delving into and dissecting the sins of certain kinds of people who walk in all kinds of life and exploiting them for the sake of our good boy Scott’s heroic journey and also exploiting them to awake the evil Dracula. The story doesn’t waste any time putting to waste the sinfully deemed characters and going on a Godsend vampire hunting spree. At the end, most peoples’ personal views are made light of in a satirical fashion. 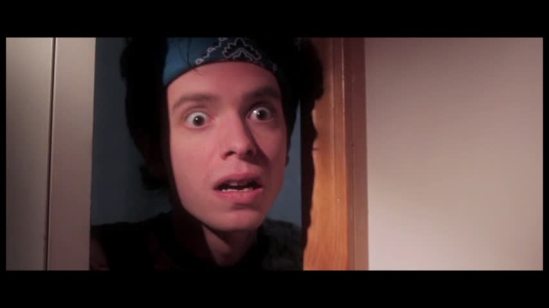 Michael Thurber, a staple actor of Griffin’s, does a solid job as a Hammer horror Dracula mirroring the likes of the vampire exposed Christopher Lee. Steven O’Broin, as Lou Perdition the satanist devotee theater director, had some excellent lines and quips and made his Vincent Price-esque character enjoyable when on screen. Another of Griffin’s minions, Aaron Peaslee pranced around fairly well as a gay theater actor and his raunchy sex scene with fellow actor Johnny Sederquist was the most controversial aspect of the film. I can’t say that about the other characters. Other characters fell a bit flat and didn’t convey their characters intentions well enough to pull off a spoofy-stereotype. The fact that their characters where put to death way too early in the film doesn’t give the character a chance to make their presence more well established. 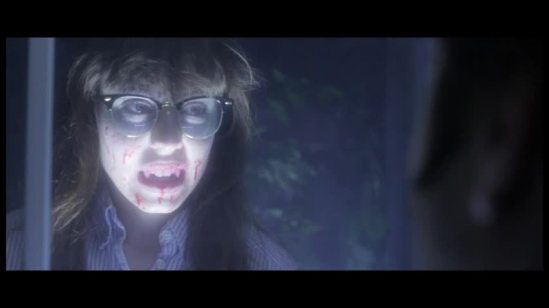 The blood letting could have been, well, bloodier, but there is enough letting to super soak and saturate one’s thirst. Some of the scenes are restaged from the likes of “Fright Night” and “Buffy the Vampire Slayer” the movie. Like I was saying early in the review about the film’s originality, the lack of new material makes the likelihood of repeating a viewing of “The Sins of Dracula” very unlikely which is difficult to say about a solid homage. 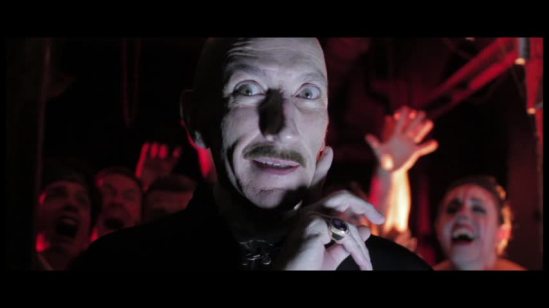 “The Sins of Dracula” is good for a one time single viewing and but lacks new and fresh material to really captivate attention. The MVDVisual DVD cover also doesn’t explicitly want you to go out and rent this title, but the disc art is amazingly detailed and you shouldn’t judge a film’s material by the cover. I do strongly suggest to check out “The Sins of Dracula” if you’re into the Hammer horror scene and into Griffin’s Quentin Tarantino homage style of directing.