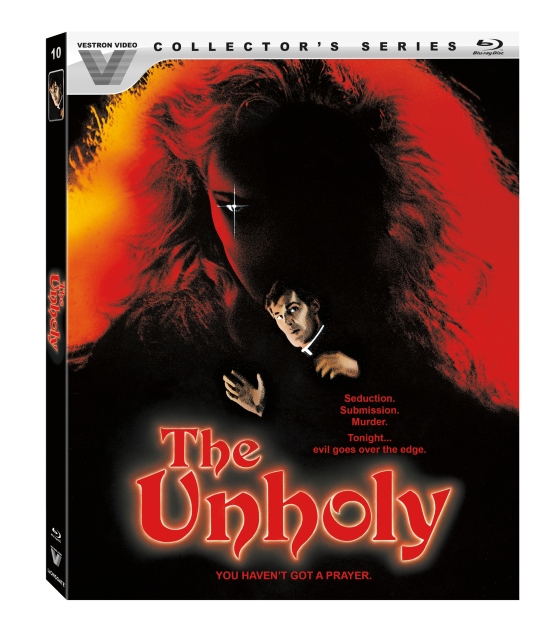 PROGRAM DESCRIPTION
Say your prayers before the Vestron Video Collector’s Series releases the demonic horror classic The Unholy, arriving for the first time on limited-edition Blu-ray on June 27 from Lionsgate. Following the mysterious murders of his predecessors, a newly appointed pastor must battle a powerful demon to save his parish and the world. The Unholy is packed with all-new special features, including an audio commentary with director Camilo Vila, isolated score selections, interviews with the cast and crew, the original storyboard gallery and more! Plus, this special edition includes the film’s original ending with optional audio commentary from producer Mathew Hayden. Restored and remastered, The Unholy Vestron Video Collector’s Series Blu-ray will be available for the suggested retail price of $39.97.

In New Orleans, a city with a dark underside of black magic and satanic worship, 2 priests have been brutally murdered at St Agnes Church. Now The Unholy Reign only to be challenged by the purest of mortal souls. Father Michael is appointed to the ungodly parish. Is he really strong enough to fight off this terrible evil? Or will he be the third priest to die?