Damn.  I remember when the first news broke three years ago (maybe four) about the Stephen King’s Cell was being adapted into a movie and Eli Roth was attached in some way or another (the freakin’ guy writes, produces, directs, stars, etc…).  Since then, a lot has happened and Eli Roth is no longer attached.  The latest and still withholding news is that John Cusack will star and Stephen King will penn the project with The Last House on the Left writer Adam Alleca.  More news has been released today by Screen Daily that Tod Williams will set in the directors chair.  Williams is best know for his work on Paranormal Activity 2…that is basically all Williams is known for.

But I’m excited to see Cell is moving forward.  I’ve read King’s book and enjoyed it all through the intensity and outrageousness that characters Clayton Riddell and Tom McCourt had to go through.  Comic book artist Clayton Riddell is in the middle of a devastated Boston as a cell signal has turned people into homicidal manics and using telepathy to communicate amongst each other as a whole.  Riddell joins forces with another survivor Tom McCourt and the two set off toward New England in hopes that Clayton’s son is still alive.

John Cusack will most certainly play Clayton – I can envision Cusack as a comic book artist and as Clayton Riddell, a sort of a nobody who can take charge of a situation, but I wonder who will play McCourt because I always envisioned McCourt as a little broader Kip from Napoleon Dynamite.  Shooting begins in May with Cargo Entertainment producing! 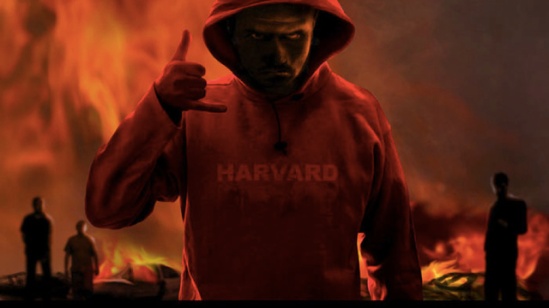 You probably have to read the novel to understand the image above.