Crush might be another edgy, teen melodramatic turned psychotic, obsessive-driven suspense genre film, but Crush provides a solid story that entertains. The teenage day-to-day runs over exaggerated throughout – a teenage life we wish we all had minus the crazy crush. Director Malik Bader works his black magic over his indie project that compares itself to a minor league version of 1993’s (29 years later…coincidence?) Crush starring Alicia Silverstone and Cary Elwes.

The most popular guy in high school has it all – a soccer superstar, good looks, and a beautiful best friend who is head over heels for him. His life seems perfect until a crush begins to secretly stalk him and remove any obstacles that may halt her destructive path that might interrupt their ultimate “union” together.

I’m going to begin with what I dislike about Crush. Crush, like I mentioned before, over exaggerates the teenage life. High School parties involving alcohol were never this easy to obtain, but for these “kids” the parties seem to be conjured with ease. Also, practically almost no adult presence or the adults are among the clueless crowd throughout the film. Parents are rarely clueless because adults were once teenagers. Thirdly, why in all these obsession thrillers are the mentally unstable women always model-like hot? My mental picture of a woman of this nature, should have a socially unpleasing appearance. I’m imagining a large nose, frizzy hair, over weight, frumpy, maybe even anorexic, gothic and such. However in Crush this is not the case. Lastly, every woman in the film has a hard on for the main character, the soccer superstar. Even his English teacher flirts with him, asks him to call her to “discuss” a novel (even though she never gave him the title of the book).

With all that said, there are numerous undertones to the film. Teacher-student relationship borders are being crossed, the socially accepted version of beauty, the absent presence of adults in a youth’s life, and the way we, as teens, want to perceive our young lives with parties, sex, and alcohol. Crush’s plot plays off these issues, but quickly just hints at most of them and then just as quickly discards. 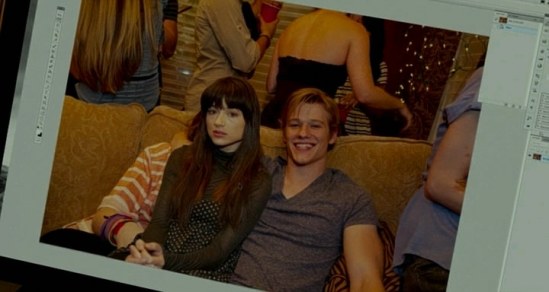 Technically, the film can compete with most modern day productions. The story could use strategic work to cover up the twist ending because one could decipher the ending without having to watch the entire film. My most aggravating aspect of Crush is with DVD/Blu-ray cover as this gives away the film’s ending making act one and two of the film pretty much pointless. I’ve probably said too much already, but I won’t go into more details about that. In fact, I’ve probably done enough damage to the film’s reputation, but don’t take my word for it because Crush is certainly entertaining with hints of Swimfan sprinkled throughout – okay, maybe not sprinkled but definitely heavily garnished – and everybody loves watching crazy women when the crazy women aren’t being crazy on them.