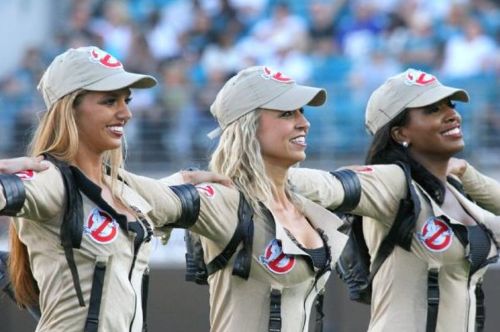 Note: The above image does not represent any depiction of the actual cast of a Ghostbuster reboot. Just an image found on Google.

Here’s a rumor from way out in left field. There seems to be talks between Sony and Paul Feig, the director of “Bridesmaids”, to reboot “Ghostbusters” and have an all female, comedic cast.

No word on whether Ivan Reitman or Dan Aykroyd is in involved in this … project … but there are sources that are saying the script is being totally rewritten.

I’m not totally cool with an all woman cast for “Ghostbusters.” Sure, I was down for one or two roles going to a great cast of new ghostbusting characters, but for all female cast I’m just not feeling it. I also have a sneaking suspicion that Melissa McCarthy will be one of the ghostbusting foursome on the sole basis that she was in “Bridesmaids” and was also in another Feig film “The Heat.” We will have to see where this rumor takes us, but as far as the original cast coming together (sans Harold Ramis – RIP), I see this reboot becoming more of a reality than a sequel.