Joao, a brilliant university physicist, lives in a suffering life of depression, anger, and vengeance for the last twenty-years. Back in November of ‘91, the love of Joao’s life, the beautiful Helena, betrays him and humiliates him in front of a large crowd of his peers, leaving him with nothing and bestowing upon him the name “Zero” to forever imprint on him his worth. In 2011, he channels all his hate to develop a cost saving energy to show everybody that he’s not a zero, but when he locks himself in the chamber of his machine in a show of defiance, his machine creates a black hole in which he’s sucked into and brought back to the past to the very same day he’s humiliated by Helena. Joao is determined to change the past to make a better life for himself, but his actions cause an unforeseen butterfly effect to which causes him to return back to the past over-and-over again.

A powerhouse Brazilian sci-fi comedy from a conglomerate of production and distribution companies such as Conspiração Filmes and Globo Filmes from production and Paramount Pictures and Simply Media handling the distribution across a worldwide realm. “The Man of the Future” is directed by Cláudio Torres and stars “Elite Squad” and “Elysium” star Wagner Moura as Joao. Moura’s physical comedy in this role spawns a likable and zany character whose constantly an underdog fighting and clawing his way back up to the top by any means possible. The film’s very similar to Ashton Kutcher’s 2004’s “The Butterfly Effect” sans the comedy, but similar in the sense of Joao’s life drastically changing with each trip to the past. 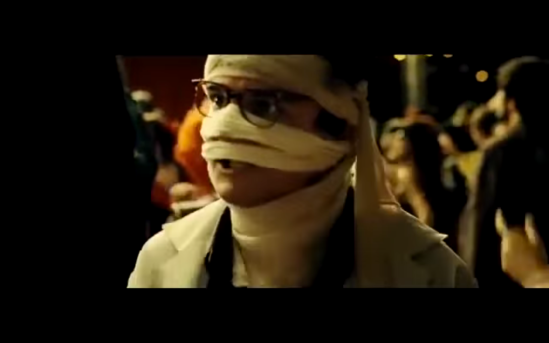 Moura’s costars compliment Moura’s Joao and the rest of the story. Former model Alinne Moras has a stunning beauty compared to the an average joe looks of Moura and her performance adds a bit of sassiness much needed in a comedy such as “The Man of the Future.” Moras delivers the sexiness and the female energy needed to keep up with Moura. A more subtle character is Joao’s good friend Otávio played by Fernando Ceylão. Ceylão dilutes the overzealousness in order to keep the zaniness in check and welcomes a change of pace. Moura and Ceylão’s only interact very briefly and don’t have the chemistry to the likes of perhaps Simon Pegg and Nick Frost, but when together, they’re solidly funny. Lastly, Maria Luisa Mendonça brings the wild card to Joao’s dilemma though her role as Sandra promises more of being a capital venturist looking to be all business and bossy. Mendonça scenes show more range than first thought and complete the main characters in good fashion. 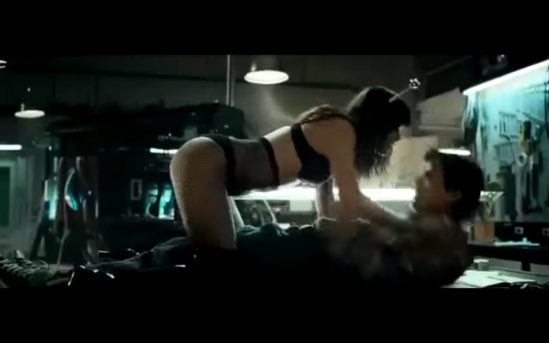 Though heart-felt, entertaining, and delivers a message of hope, the story creates it’s very own black holes, zipping the story past what feels like crucial points in the film. With each trip to the past, less and less of the story is conveyed and while the understanding that some scenes are omitted because they would just be rehashed, other scenes needed to be restaged to build upon Joao’s and Helena’s momentum toward a happier future. With any film about time traveling, there will be plot holes, inconsistency, and improbabilities and “The Man of the Future” is not invincible from these time traveling complications. 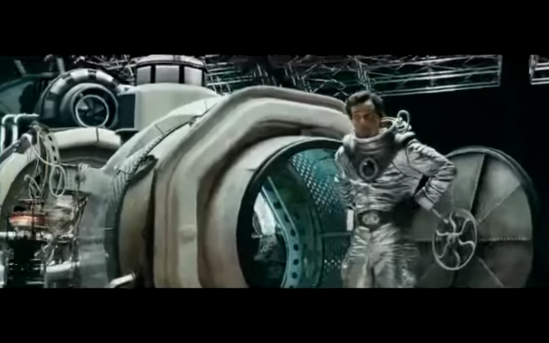 “The Man of the Future” is a science fiction film with solid computer generated effects especially being a product of Brazil. Since the disc provided to this reviewer was a DVD-R, diving into the presentation wouldn’t be appropriate. However, the production value doesn’t appear shoddy. The only gripe to state stems from the English subtitles that seem to come and go from the scene in a flash, leaving hardly any time to read the text before the next piece of dialogue. There is such rapid fire dialogue that, in my opinion, the subtitles can’t keep up. Aside from that, I wouldn’t disregard this sci-fi comedy and would recommend this South American native film without a second thought.