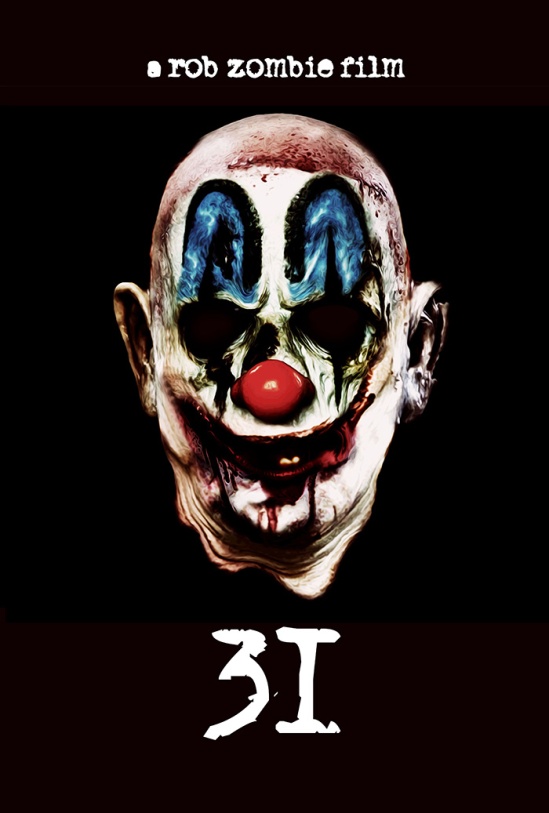 With a slew of film rumors ever since his last film project The Lords of Salem, from his involvement with a remake of The Blob (that never panned out) to his rumored long hiatus from making another film, Rob Zombie has become something of an enigma, but then again, that was always the super-rocker’s persona and style. Now, Mr. Zombie is back to doing another film, this time funded by a fan-backed project website entitled simply enough as FanBacked.com, called “31” that is described as being “a fast paced, mean dirty film for those who like it rough.” Most of Zombie’s films are fast paced, mean, and dirty and some even described his style as “white trash” with his archetypes of trailer trash, profanity filled characters. Thats how we like it, isn’t it? We all know what a Rob Zombie film feels and sounds like and we dig his style of filmmaking. 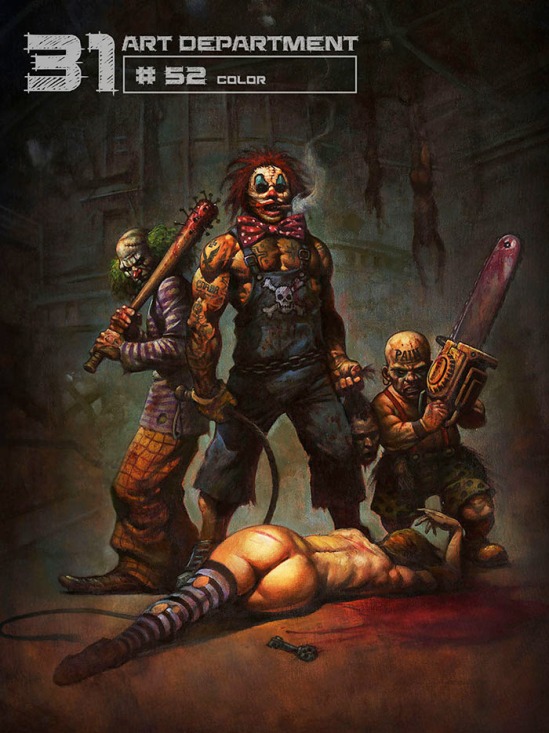 The synopsis of “31” involves five random people being kidnapped five days before Halloween and held hostage in a place called Murder World – a man-made hell of a structure where survival is the key as anything goes including, you guessed it, murder. The “contestants” have 12 hours to survive, from what I can tell by the concept art, clown masked clad killers and if the hostages survive, they’ll earn their freedom.

So far there have been numerous contributors. If you would like to contribute, there are different tier to which you can grab some swag for your contributions – a signed DVD copy, a “31” T-shirt, a limited edition “Halloween” mask – just to name a few. Check out the FanBacked.com site here and have a stake in the film. Lets see if you’re hard earned cash can make “31” a gorehound’s dream. 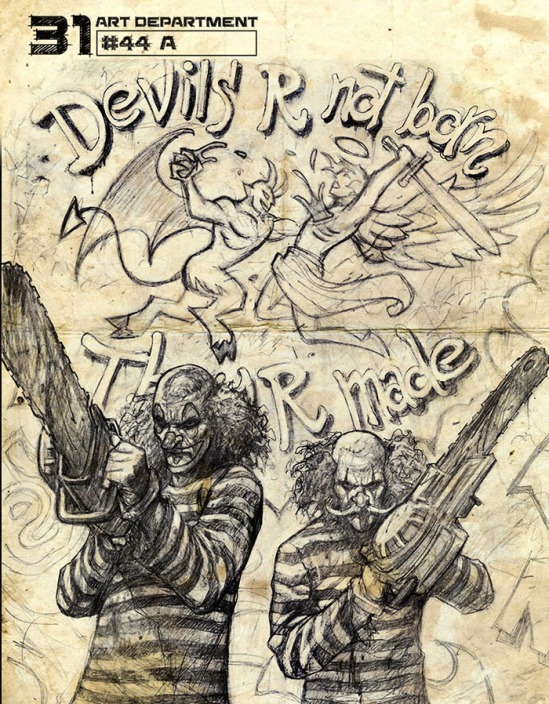 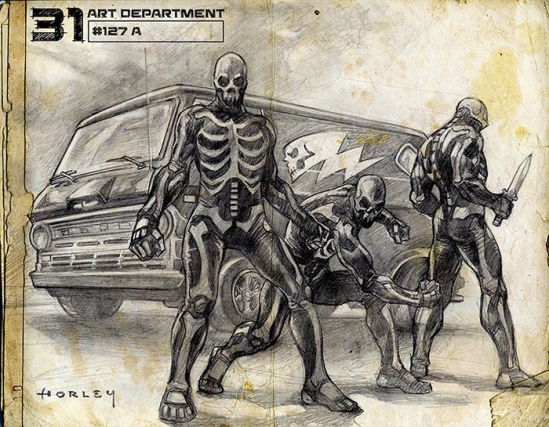