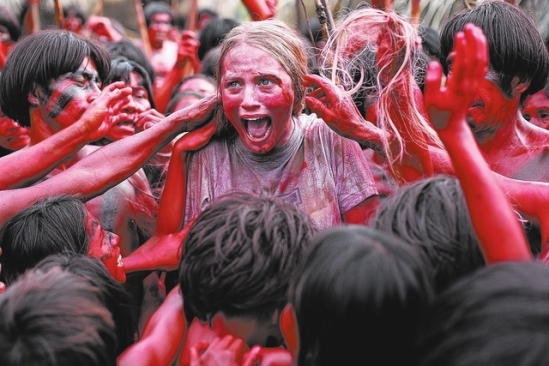 Here’s some grade-A bullshit if I’ve ever heard so. The word on the street (Deadline) is that Eli Roth’s directorial feature “The Green Inferno” has been put on hold indefinitely by Open Road Films due to the fact that the company’s financier, Worldview Entertainment, is being tied up with an ex-CEO, Christopher Woodrow, decision to withhold any print and advertisement for the film.

Why hold the P&A?

Some sites suggest that the business end is causing a halt to the film’s September 5th release, but others, including myself, is that the film’s cannibalism subject matter has always been a taboo subject (think “Cannibal Holocaust’s” animal cruelty and has there really been a cannibal film that has had any note of success to it? Perhaps the Alexandre Aja remake of Wes Craven’s “The Hills Have Eyes”?).

“The Green Inferno” revolves around a group of activist who travel from New York City to the Amazon to save a dying, primitive tribe, but when their plane crashes in the jungle, they’re taken hostage by the very tribe they sought to save.