The world should recycle more. Every single plastic bottle, every single piece of cardboard, every single scrap paper, and every piece of jagged edge metal should be recycled and reincarnated for another purpose. The world would be cleaner and less money would be spent on brand new material when perfectly good, slightly used material already exists. This little rant brings me to a film that hits DVD shelves today! “President Wolfman” – a fairly catchy title and my second in a row werewolf review (see Werewolf Rising) – uses and re-edited public domain footage to give birth to an entirely new movie about President John Wolfman, who in the midst of trying to veto a bill that would involve China buying out America and make the land of the free one of China’s colonies, becomes bit by a mystical Native American wolf that transforms him into werewolf. Not just any werewolf, but the Commander-n-Chielf werewolf that will do anything to stop this bill no matter who he has to slaughter.

One hundred and twelve pieces of stock footage and public domain film was re-edited to create this masterpiece. Most familiar piece of film is “The Werewolf of Washington” from 1973 starring “Quantum Leap” star (no, not Scott Bakula) Dean Stockwell. Stockwell is an actually a White House press reporter, but in Preside Wolfman portrays the President of the United States with the voiceover provided by Marc Evan Jackson. John Wolfman is also portrayed from other various public domain films, none of which I’ve ever seen before nor do I probably care to. If The Werewolf of Washington wasn’t already campy in 1973, then surely, most definitely, absolutely camp-a-licious in this re-edited masterpiece. 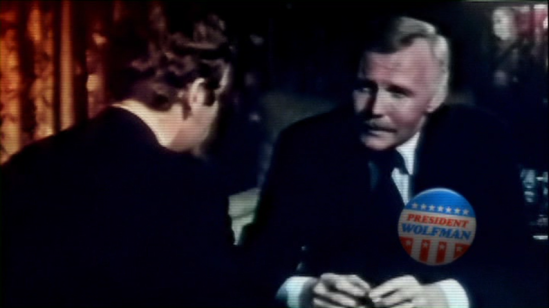 The script written by director Mike Davis (“Sex Galaxy”) can be quite witty and colorful making scenes have life, but there are times when the voiceover is overdone and burnt to a dull, tasteless crisp. However, that is the whole point of this film isn’t it? To turn a mediocre film into something more ridiculous? If so, then Mike Davis went beyond that goal without a shadow of a doubt. 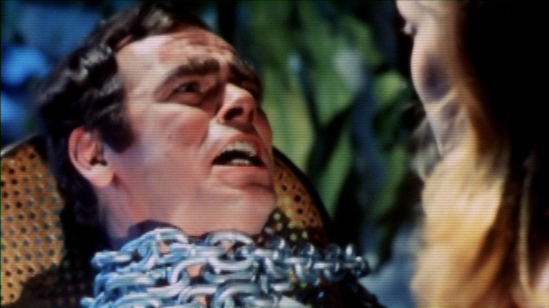 “President Wolfman” can lose focus at times with non-cohesive splice in scenes that only work to the film’s charm. Even though this film was released in 2012 and won various festival awards from Atlanta Horror, New Orleans Horror, and Alien to Zombies Los Angeles film festivals respectively, “President Wolfman” is finally, about damn time, getting a DVD release from WildEye releasing, a great, great company who know what rare and campy are all about. The DVD, which drops in stores today, also includes commentary, funny short films, out takes, trailers, highlight reel, and a great music video! Lets also not forget that a certain scene of public domain film includes stock footage of a woman giving birth in a backseat of a car! Placenta and all! 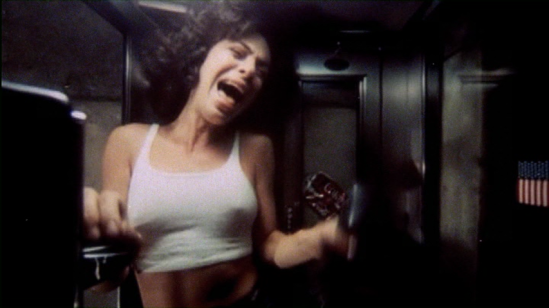