Murphy has put himself the blurred line category when speaking of heros for “Z Nation.” Episode eight, ‘Zunami,’ pits our heros against a migrated cloud of fleshing eating zombies that will rip through the midwest like a shredder. A dehydrated and weary group of survivors must rely on Murphy’s anti-zombie blood to aid them in their con of hiding from the human-feasters. 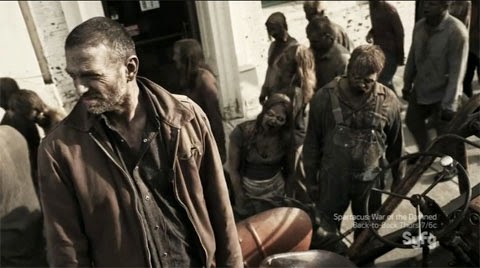 This episode is really all about the Murphy character and his choices. He crosses the line in actually wanting to stick with the group, but at the same time makes a drastic decision to exhaust the life of two survivors to spare his own group. Now not only is Murphy slowly and painfully transforming physically and mentally into a Z, he’s crossed that imaginary line of morals and ethics by taking a life indirectly.

Citizen Z finally received a lot of air time. I was wondering when isolation would get the best of our scrawny NSA agent. Isolation and a compound load of harmful, delusion inducing carbon-monoxide gases. The outcome was obvious, but there whole invent of the imaginary astronaut for ISS sparked something in Citizen Z and at the same depressed him a bit as well. His “astronaut friend’s” realization was a bit bittersweet. 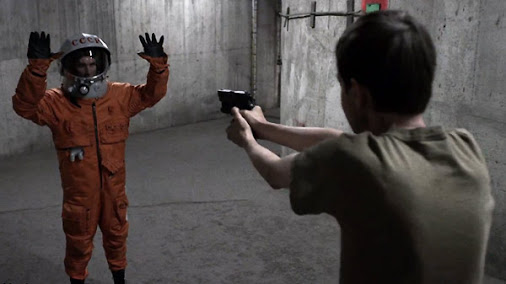 This episode paid their dues to Murphy and Citizen Z characters. I’m still waiting on more exquisite and gory zombie death scenes. We haven’t seen much since ‘Philly Feast.’ Yea, you get the occasional headshot, but that’s getting old real quick. In fact, this episode lacked many deaths I think only one or two if I recall. I hope that this will deter any viewers and I also hope that this isn’t a decline from a very spectacular start of episodes for “Z Nation”