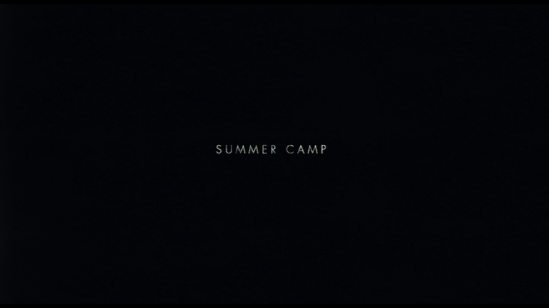 Four camp counselors prepare a woodsy, dilapidated living quarters a couple of days before their anxious campers arrival. As the preparations seem to be going as scheduled, a sudden violent rage takes over the head counselor with the eyes turning severely bloodshot and a bloody-black ooze seeping from the tightly grit mouth. The isolated camp structure that should bring joy and excitement to young children becomes an unescapable labyrinth for the counselors when the local transient residents fall also to the murderous madness. Trust between the terrorized counselors thins as none of them have an idea how the infection transmits. Without an operational phone or vehicle, the surviving counselors can only count on themselves to flee and fend from a fury seeking to massacre them all. 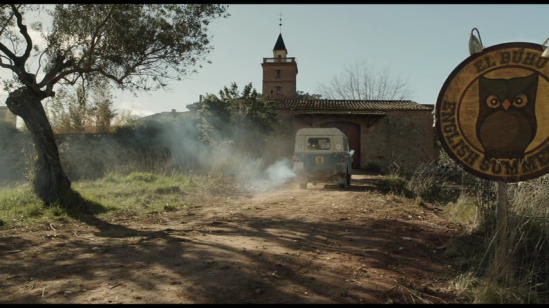 When first hearing of Alberto Marini’s inaugural co-written and directed film entitled “Summer Camp,” a vivid portrait of radiant sunshine, lake canoes, bow and arrow games, and lots and lots of children campers naturally come to the forefront of mind – basically, “Salute Your Shorts” pops right into the old “cabeza,” even in front of slasher genre fave “Friday the 13th” that culturally Hollywood-ized camp counselors, transforming them into unlimitedly horny teens, subjecting campers into hapless victims, and demonizing campgrounds as death camps. And while “Summer Camp” resonates good times in the season’s solstice heat, Marini’s version of camp weaves a craft basket of intense fear. 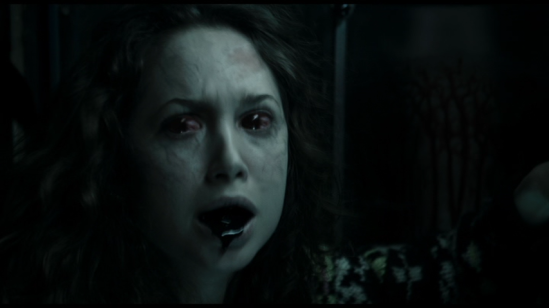 “Summer Camp” opens to a newscasters voice over reporting that three American counselors have vanished in the wilderness of Spain and are unlikely to be alive at this point of search. The setup already denotes no resolution to the counselors’ fate who make their on screen appearance in the following scene engaged in a trust game the Italian filmmaker had constructed to appear as every horror trope imaginable – a woman running through the woods with a blindfold and hands tied behind her back, a lurking ruffian peeping the counselors from the dense tree lot, and etc. The possibility of horror themed scenarios trickle at the top of a hill, snowballing until Marini decides to sudden plop down a massive, unbreakable brick wall in front of soccer ball size snowball before reaching critical speed, size, and strength for massive destruction. Marini’s a magician by convincing viewers to believe the trick in one hand, yet subtly revealing the real trick in the other and by doing this, a flare of confusion immerses the counselors and the audience in order to keep them guessing at every step of the way. 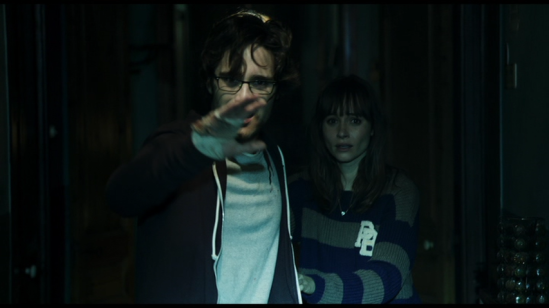 Continuing with Marini’s script co-written with Danielle Schleif, a contrived portion of many possible triggers that causes the violent behavior almost as if Marini and Schleif used satire to highlight the absurdity of previous zombie or infected films and their numerous infected origins. “Summer Camp” leads you to believe that one of the following three, or perhaps a combination of all three, possible culprits are responsible for spawning deranged and violent behavior. Characters are purposefully shown to be unprotected to the transmission of external blood or saliva, seen drinking the mysteriously broken and recently fixed well water pipes, and being exposed to an unusual after spring pollen buildup that seems to be everywhere. Which element prompts an outbreak? Or is it all three? 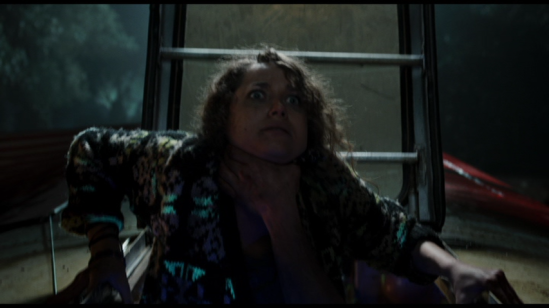 When the characters are aggressively possessed, a crossbreed between an “Evil Dead” Kandarian demon possession and a hybrid-rabies strain infected from “28 Days Later” sum up a “Summer Camp’s” possessed state of being. The actors themselves wholeheartedly accepted the role, doubling and switching themselves between normalcy and lunacy with ease. While the story prides itself on being quick to action and fast paced like Danny Boyle’s 2002 film, the characters’ depth burdens no viewer and their ultimate fate will raise no brows. The bare bones character backgrounds only affix their red shirt destiny; yet, Marini has already doomed his own characters for on script stupidity and whether intentionally or not, written to be cursed never qualifies a character to be a likable hero or heroine. When Will knocks out a possessed Michelle, he quickly unlatches his belt that holds up his pants to tie her legs with it and while that seems like a smart idea in the beginning, Will stills needs a way to keep his pants up from falling to his ankles in order to run through a dark dense forest from the numerous possessed individuals lurking about, screaming their lungs out. Will also attempts to unlace one of his shoes to bound Michelle’s hands. Why?! You’re going to need a tight fitting shoe to run through the forest and…oh forget it. 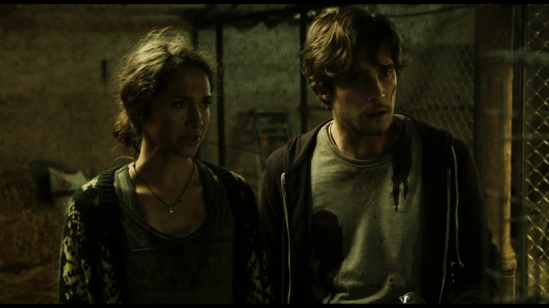 Diego Boneta portrays the unluckiest of the luckiest counselors. As Will, he’s accused of murder and along with being bitten, battered, incised, and even drilled; yet, he manages to still lead the surviving charge even if the odds are against him. The physicality of the role contrasts with Boneta’s character whose short and has a vision disadvantage, but Boneta underneath the skin of his character sports an athletic build as shown from one gratuitous shirtless scene. The dynamic between Boneta, Jocelin Donahue as Christy, and Maiara Walsh as Michelle couldn’t have been any better with decoding the group’s trust issues even until the very end, especially between the tomboy with a mysterious past Michelle and the prissy and uptight Christy. Dynamics stands out as the bright point of Marini’s skeleton script that doesn’t involve many complexities as it does debunking horror tropes. 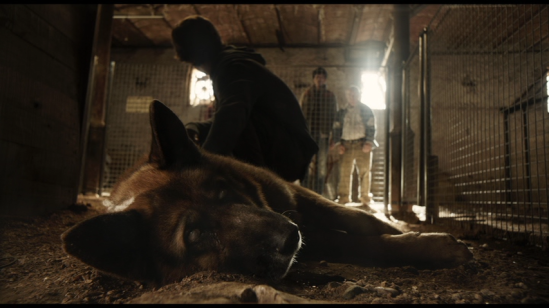 The Lionsgate distributed the rated-R DVD release of the Spanish horror film has a 16:9 widescreen presentation with a Spanish and English 5.1 Dolby Digital audio complete with Spanish and English subtitles. With an average film runtime of 84, “Summer Camp” maintains just enough endless terror to suffice an entertaining haphazard horror-comedy and that’s about all the entertainment delivered from a DVD with thin extras including only trailers and a digital ultraviolet. The lightweight nature of this release should definitely not deter a viewership, but rather “Summer Camp” should be embraced as an intense and scary gauntlet of escape and survival. A well-fought first time feature from director Alberto Marini and a good showing of faith for a talented young group of actors seeking to imprint their names into horror.