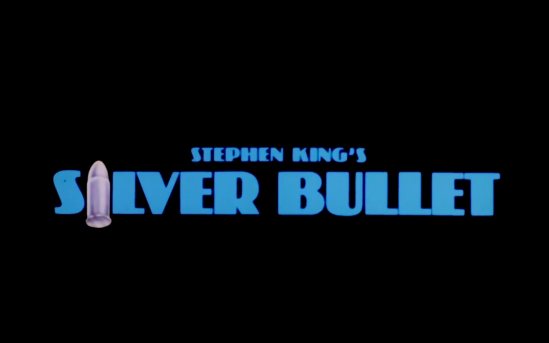 A small town is under sieged by a callous killer, ripping victims to bloody pieces and shreds without an ounce of mercy. As the town goes into a lockdown curfew, a paraplegic young boy named Marty decides to enact his own version of rebellious fun with a stroll in his gas-engine powered wheelchair for some nighttime fireworks, despite a killer on the loose and lurking in the moonlight. Marty’s fun turns into a terrifying nightmare when the killer stalks the boy and when Marty comes face to face with the killer and lives to tell the tale, he discovers that the town maniac is no ordinary deranged person but, in fact, a nasty, snarling werewolf whose also living in plain sight amongst them in the small town community. The only two to believe Marty’s harrowing tale is his older sister, Jane, and his drunk Uncle Red, whose still on the fence about Marty’s werewolf encounter. When the moon is high and full, the three devise a plan to lure out the monster to definitively put it down with a single shot from their one and only silver bullet.

A true piece of Americana horror, “Silver Bullet” remains a staple werewolf flick for those who grew up watching genre films in the 1980s. Daniel Attias, his first and only ever feature film, had embraced a larger-than-life monster movie from a script written by the legendary macabre novelist Stephen King, based off his novella “Cycle of the Werewolf.” Attias and King were practically novices when in regards to directing and screenplays; yet, “Silver Bullet” offers much in the way of comedy, drama, and the frightening scares with a practical effects wolf and snippets of gruesome, violent death at the hands of the beast. “Silver Bullet” goes beyond just being a thrilling story of good versus evil by also blurring the lines of the conventional establishment that spark up the old idiom, a wolf in sheep’s clothing, and dives into a satirical outlook of certain religious faiths and their viewpoints. 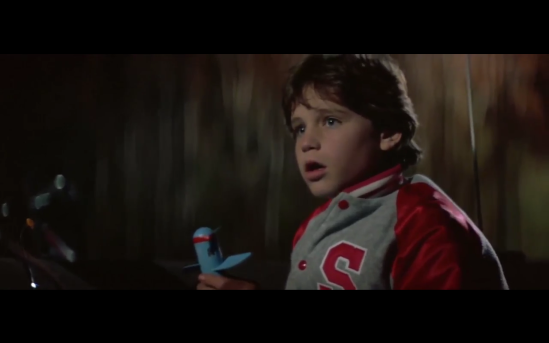 What makes “Silver Bullet” as one of the most recognizable and rememberable films, regardless of some microscopic sloppy screenwriting and first time directing woes, is the cast. Before his life altering motorcycle accident, Gary Busey (“Predator 2”) as Uncle Red brings flesh and bone, and booze, to akin King’s Uncle Al character from the novella. Busey fabricates a wonderful, heartwarming performance dynamic with Marty, whose played by the late Corey Haim (“Lost Boys”). Haim is fresh to the scene with his chubby cheeks and doughy soft eyes that would eventually make him a heartthrob idol later into his career and at the young age of thirteen, Haim’s paraplegic performance is respectable and empowering. Uncle Red and Marty are pitted against a sleeper antagonist in Revered Lester Lowe, a role who I could see no one else being in aside from Everett McGill (“People Under the Stairs”). McGill has a face for television, or the big screen in this case, as his chiseled, dark features make him a formidable foe that’s hidden behind a clerical collar. Longtime television and TV movie star Megan Follows plays big sister Jane whom factors in as Marty’s only ally despite their dysfunctional relationship which Follows portrays well with verbal jabs of adolescent wickedness toward her disabled little brother. Rounding out the cast is Terry O’Quinn (“The Stepfather”), Bill Smitrovich (“Manhunter”), and “Reservior Dogs” Lawrence Tierney. 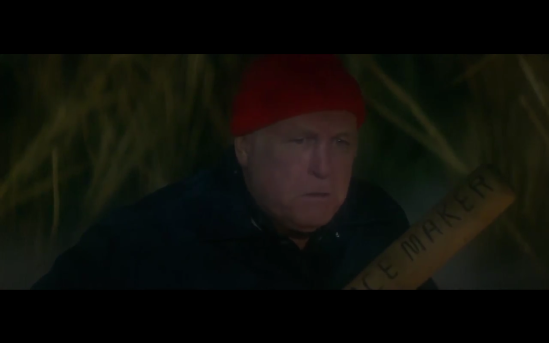 Television cooking show host, Giada De Laurentiis’ grandfather, Dino De Laurentiis, produced the film who was no stranger to the horror genre, such as “Orca” and “Amityville II,” nor to films adapted from Stephen King’s work like the “Dead Zone.” Under Luarentiis’ wing, “Silver Bullet” delivered brutal, traumatizing werewolf kills spun from the werewolf suit creating hands of another Italian, Carlo Rambaldi (“The Hand That Feeds the Dead”), and together, the two Italian filmmakers, along with an apt cast and crew, saw their installment flourish amongst an overcrowded werewolf subgenre in the early 1980’s with competition from films such as John Landis’ “An American Werewolf in London,” “The Howling,” and, yes, even “Teen Wolf.” “Silver Bullet” didn’t just arrive on the scene without some challenges to the storyline. For instance, a killing spree has already established with more than five townsfolk dead and a strict curefew has been set in place, but Marty, ignoring his Uncle Red’s solicited advice about staying near the house to set off fireworks, sneaks out in the middle of the night to shoot off fireworks away from the house. Marty’s fairly bright through the entire story and a nice kid, but the initial encounter between him and the werewolf is by far one of the most unintelligent and dim-witted action any character to make in the history of horror films. What makes the scenario even worse is that Marty is handicapped. 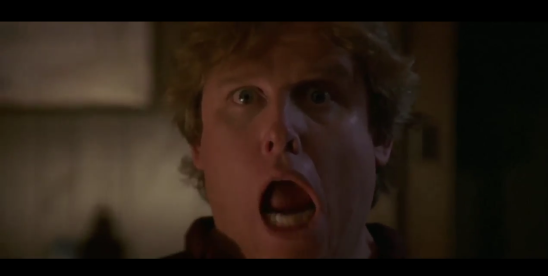 Umbrella Entertainment presents Daniel Attias’ “Silver Bullet” on region B Blu-ray home video in a widescreen 2.35.1 aspect ratio. Image quality of the full high-definition 1080p picture has an agreeable color palette, sharpness, and pinpoint details that especially come to light during the memorable church of wolves scene. A very few scenes have transfer instability where, in a blink of an eye, a revert to a faded frame comes into the fold. The English 2.0 DTE-HD master audio poises and harmonizes the elements and the dialogue into a vat of consistency that isn’t flawed by track damage. Jay Chattaway rallying, chilling score is a candor testament to the quality of the soundtrack that follows suit right behind the beyond par quality of the dialogue and ambient levels. Special features include audio commentary with director Daniel Attias, interviews with special effects artists Michael McCracken, Jr (“Deep Blue Sea”) & Matthew Mingle (“A Nightmare on Elm Street 3: Dream Warriors”), an interview with actor Everett McGill, an Umbrella exclusive interview with producer Martha De Laurentii’s remembering “Silver Bullet,” isolated score selections and audio interviews with composer James Chattaway, theatrical trailer, TV Spots, radio spot, and still gallery. A complete and definitive set from Umbrella Entertainment! “Silver Bullet” is a howling success story of classic American horror that has timeless practical effects, a riveting narrative, and cast enriched characters that invest into the lycanthropy film paralleling David versus Goliath.