After an intense stand off with a powerful and playful demon during a supernatural expedition gone wrong, the unfortunate death of a young girl has Jonas Littleton facing skeptics that hand the ghost hunter a five year sentence behind bars ruling. His release from an Arizona prison offers him a second chance to start over with his wife and young son and Jonas makes promises to no more paranormal pursuits in hopes for a normal life. Miraculously, Jonas is offered a good paying job despite his manslaughter record that affords him seven years of suburban comforts and family growth, but little does Littleton know that his good fortune is the handiwork of the very same demon who bested him so many years ago, tricking him into a underhanded deal that requires his son’s soul with his wife being a casualty of war. Another seven years later, an obsessed Jonas fields every call that comes across his paranormal investigator’s desk as he tirelessly searches for his son and with the help of an eager investigator, Ron Tippard, and a green horn assistant, Ellie French, Jonas will come face-to-face with his rival evil again for one last time. 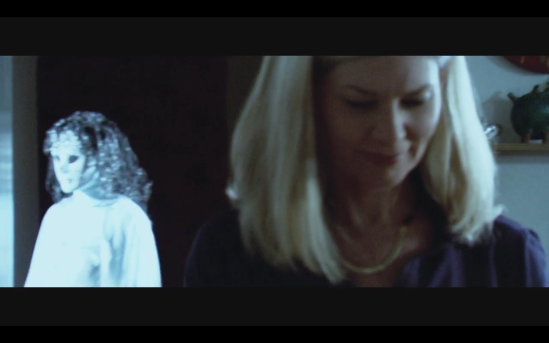 Welcome back to part two of our unexpected two part review segment of films that were disowned, supposedly, by their filmmakers. Today, we take a look at the 2010 supernatural thriller, “Hunting Evil,” or more commonly known under the title as “Closets” or “The Closet.” Already, the evidence is clearly powerful against “Hunting Evil” that alternate titles bares the potential markings of a repudiated film, aimed to cloak and shield the ramifications that would be supplied to unsuspecting audiences renting or blind purchasing. Director Charles Peterson has been reported to have disowned the Bob Madia (“You Can’t Kill Stephen King”) penned film because of too many chefs in the kitchen, if you smell what I’m cooking. Peterson, who has directed other indie horror projects such as “The Eleventh Aggression” and most recently, “A Killer Awaits,” which will be released this month, has ties with the investment group Old World Investors Group Incorporated a.k.a. OWIGI Films. Now, OWIGI Films is ran by “Hunting Evil’s” producer and star Lenny Rethaber (“Blood Moon Rising”). So, the lingering questions is this: Did star-producer Lenny Rethaber force the whip and reigns from Charles Peterson? Well, all this reviewer can say is that Lenny Rethaber also produced “The Eleventh Aggression” and the upcoming release “A Killer Awaits,” so seems like any adversity between the two has long since settled or just comes and goes with the industry territory. 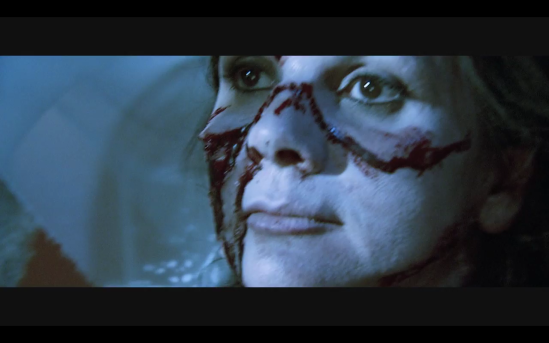 However, what’s inherently curious about the DVD release from World Wide Multi Media is the three names headlined on the DVD’s front cover to which none are the film’s star Lenny Rethaber as the embattled Jonas Littleton. Knowing the type of distribution company WWMM is, more than likely the case is the first three credits, which are also in alphabetical order, and slapped them onto the front cover, one of which is just an unnamed barkeep who has approx. 5 minutes of screen time and not one other single credit to his name. As Jonas Littleton, Rethaber is soda flat with no bite and fizz to his performance and though his entertaining enough, the producer-star is also on the wrong side of the tracks in that category. There’s even whispering talk that “Major League’s” Corbin Bernsen, who has dappled in directing horror with “Dead Air” starring Bill Moseley (“Devil’s Rejects”), had issues with the producer (Rethaber), yielding to yet another instance of production problems. Though I’ve had verbal disagreements with Bernsen with his previous work, I find his performance as an enigmatic father of a missing child refreshing and complex, but the fate of his character poofs into thin air as if the writers, directors, or, most likely, producer didn’t know how to finalize the character. The sole best role comes from Patrick Adams as the enthusiastic paranormal investigator Ron Tippard. Not to be confused with “Suits” actor Patrick J. Adams, the Arizona resident Adams sparked life into a relatively unhinged project with an amusing and interesting performance in a side kick role who has substantial screen time and adds value to the situation. Rounding out this remaining cast in this conundrum is Darl Chryst (“Autopsy: A Love Story”), Dena Esquivel Frederickson, Jackson Furedy, Sallie Glaner (“The Visitant”), Davina Joy (“Death of a Ghost Hunter”), Pete Kelly, and Orchid Tao. 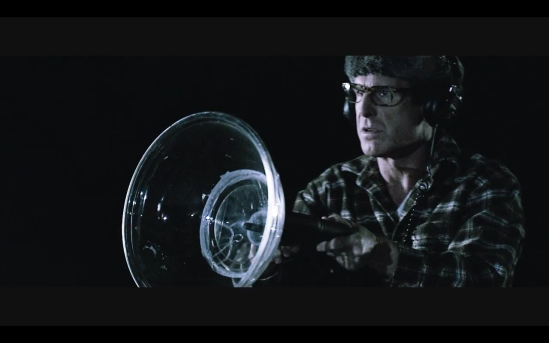 A twitching, tingly part of my soul yearned for “Hunting Evil” to come out on top, to be a solid supernatural saturation that a viewer, like myself, can sink into immensely, and with a script that precedes “The Conjuring” with the perceptive view of an unoriginal, yet sparsely used investigator concept, the appeal hyperdrives into salivation, but instead of salivation, “Hunting Evil” sluggishly drips slowly from the mouth’s corner crevices with script plotholes, badly layout composites, and undercooked characters. The story follows Jonas for nearly two decades, yet the man never ages despite already starting out looking middle aged to begin with so where are the streaks of grey, the loose and wrinkled skin, or maybe even a display a little physical ailments? Each of these natural flaws could have further enhance his lifespan evolution on Earth and speak to a little down to Earth as well. The composites look horrendously old fashion like from an antiquated video game platform. It’s as if the creators of 3D Realms not only provided the MS-DOS source code for those amazing Duke Nukem 3D levels also provided the visual worlds for “Hunting Evil” actors to humorously and painfully act against. the underwhelming, unfinished characters were slightly touched on before, but their arcs just ultimately poof into smoke without constructive reasoning or even to leave as fishhook into another movie. 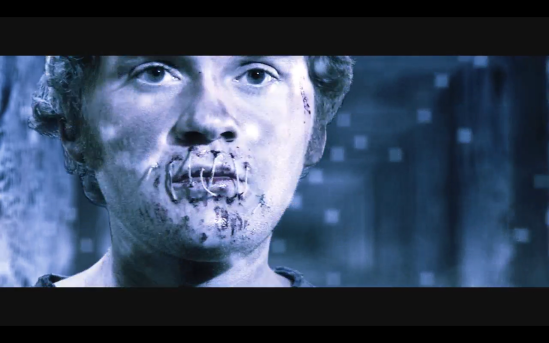 “Hunting Evil” haunts onto DVD from World Wide Multi Media and MDVisual. Presented in a widescreen format and clocking in a 90 minute runtime, the DVD technically has little faults to discuss aside from the coloring looking a little desaturated and don’t visually pop. Some digital noise from the low end production quality during the night scenes that are accompanied by a little compression blotchiness, but the DVD passes muster in image quality. The English language 5.1 surround sound finds itself limited moderately to a two-channel output which is unfortunate with the amount of demonic tomfoolery being subjected to Jonas and his team. Low of the LFE and minimalistic on the depth and range, “Hunting Evil” couldn’t scare the pants off viewers audibly alone. There are no bonus features on this disc. Jonas Littleton’s troubles spread beyond a malevolent and playful demon destroying his family with “Hunting Evil” targeted as a suspect of an unfinished and problematic film. Whether turmoil driven or just the lack of rightfully placed funding, the spooky stories of paranormal investigators are left to the genre platonic professionalism of James Wan and not Charles Peterson and Lenny Rethaber.