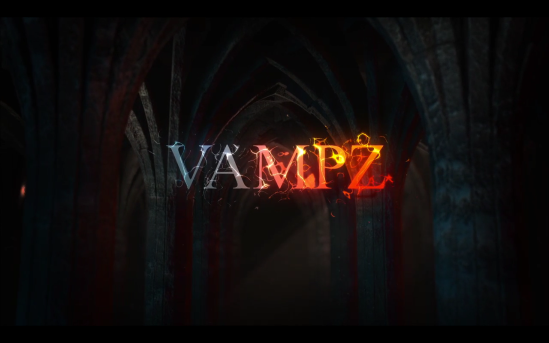 After countless interview screenings, Simone struggles to find a suitable roommate just like herself with an insatiable longing to be one of the undead, specifically, a vampire. As she strikes out applicant-after-applicant, her twin brother Sam persuades her to lock in on Ashlee, a beautiful, yet energetically ditzy cheerleader new to town who shows up late at night looking for a place of her own and with looming rent bills sucking her dry cash, Simone begrudging agrees on the dimwitted and un-vampiric prospect. Unbeknownst to Simone, one of her former screenings turns out to be a coked out vampire hunter and with Simone declaring herself a vampire during the screening, the oblivious and hopped up hunter’s ability to distinguish between the real McCoy and a wannabe has severely disintegrated as he aims to drive a long, wooden stake through her heart, but when the Hunter comes to claim his bounty, he inadvertently teams up with Simone and Ashlee against a tenebrous conspirator with a penchant for control of ghouls and monsters to not only save their lives, but also their friends.

“Vampz!” is the filmic version of a chaptered web series, that found a crowdfunded presence from circa 2012. Much like in the same vain as the “Hell’s Kitty” DVD release, “Vampz!” didn’t partake in any re-imagining, re-shoots, or even a re-cast for the movie; in fact, the so-called 2019 movie, helmed by director Ramsey Attia and scripted by Omar Attia and Lenoard Buccellato, is actually the web series spliced together to construct a 76 minute feature. To maintain comedy integrity that calls for hyperbolic reactions, profanity heavy dialogue, and some really nifty and amusing pop cultural intertwining, like Queen’s Bohemian Rhapsody dialogue rendition had me biting my smirking lip in assurance, Attia and Buccellato’s script never deviates from course. There’s are also other subtle homages that can be easily identified throughout. Between the TV web series and the film, no cast alterations or implementations have been made and so all of the established humor from the web series is still engrained from the actors and having never seen “Vampz!’ the series, gauging what, if any, soul from the original product is lost in the nearly decade old translation cannot be confirmed, but “Vampz!” has resilient comedic bite, going for both canine fangs into the throat in the face of being an independent picture. 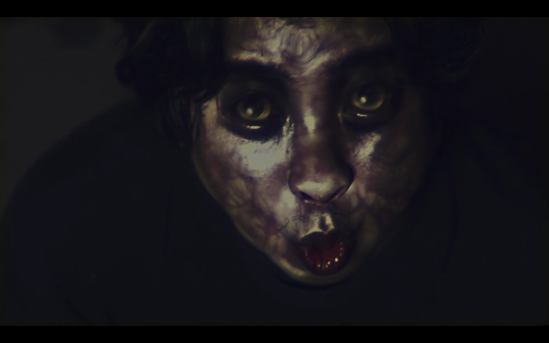 Lilly Lumière at the forefront with her character Simone Castillo, an aspiring bloodsucker in all its fashionably formulaic vampire glory without being the recently bastardized Hollywood version a.k.a. “Twilight” trilogy, becomes the eyeliner nucleus of the story. Lumière presents an eye rolling, goth decked out quasi-vampire with a die hard approach to the banal side of the vampire mythos. Simone becomes the BFF target of Ashlee, who from the depths of the night shows up at her doorstep seeking the room for rent. Ashlee doesn’t seem to be Simone’s type, a high-spirited cheerleader tryout who is new to town; in fact, Ashlee represents all that is distasteful to Simone’s undead facade. Christal Renee has the vivacious personality type to pull the give me a S-U-P-E-R hyped Ashlee! Then there is Denis Ark as psychotic vampire hunter Marcus Denning. Ark is not just certifiable on screen, but he’s also certified off screen as a personal fitness trainer. With 20+ years in martial arts and sports training, Ark tackles the moderately physical role with ease and provides some point blank comedy. “Vampz!” remaining cast of misfits include Louis Rocky Bacigalupo, Guy N. Ease, and Cliff Hunter. 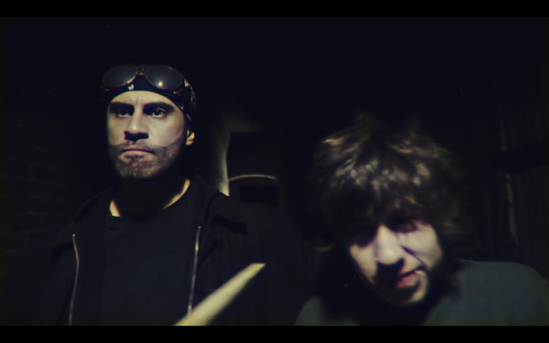 Shot in Peterson, New Jersey, “Vampz!” has a very Jersey feel, not to be confused with having an Italian Jersey Shore feel, despite being just a hop, skip, and a jump across the water from New York and even with that chip on the shoulder emanating from off of the screen and on the penny-pinching, crowd funded budget, the web series is without a doubt well done. The humor is touch and go with some misguided antiquation, but the effects capitalizes over that portion of content, especially when a creature or two appear for their grand entrance into the storyline. “Vampz!” has solid special effects working heavily to lead the charge into turning what could have been ho-hum film into a quasi engaging creature feature that deviates from the staggering conventionalism and genre tropes.

MVDVisual and Ruthless Studios sinks their teeth into the A Rear Naked Studios Production of “Vampz!” releasing the Ramsey Attia horror-comedy onto DVD home video in its full web series storyline. Presented in a widescreen, 1.78:1 aspect ration, the region free disc picture doesn’t provide a flavorful presentation. Attia and his team went faux grindhouse approach by adding grain and “missing scenes” on a pseudo-polyester film base, but the film looks washed and uninviting with droll hues. The English language dual-channel stereo track lies above the fray image with ample range of ambient sounds and a prominent dialogue track. Depth hardly comes through with most of the ambient remaining on a level plane that doesn’t resonate elsewhere from between outside and inside the finale factory or in between room-to-room. There are no bonus features included on this DVD that has curious cover art. Front cover pictures a badly photoshopped composition of a short red haired woman wearing an boxy amulet overtop a cutoff top and drinking blood out of a martini glass with a plastic straw. There’s also a white snake wreathed around the V and A of “Vampz!” and the same snake is also wrapped around the shoulders of a silhouette figure on the back cover but there are no snakes in this film, nor is there an high class, red-headed vampires drinking blood out of a martini glass so the cover is misleading. “Vampz!” garnishes heart and soul of the modern classic horror creature while adding a cascading charm of moderate-to-light hearted comedy to mask the rough edges of a home grown brew grindhouse film thats bemusing to perceive from a deceptively cheap DVD cover art.

3 responses to “A Charlatan Who Surrounds Herself With Evil! “Vampz!” Review!”