A sewer dwelling beast attacks and kills a cocaine fueled junkie. Now hooked on the drug and pained with addiction, the beast needs more cocaine. Every exchange meet up by the sewer entrances become a deadly encounter and as dealers and customers start to disappear, winding up dead, a drug cartel kingpin mourns the loss of his business. On the opposite side of the spectrum, the junkie’s older brother is also suffering a loss. Spiraling down a path of grief, he must find his brother’s killer at any cost, even if that means breaking up with the love of his life. A vindictive brother and a savvy drug dealer must team up to hunt the beast that stalks the sewers, looking for it’s next high, and put an end to a reign of terror. 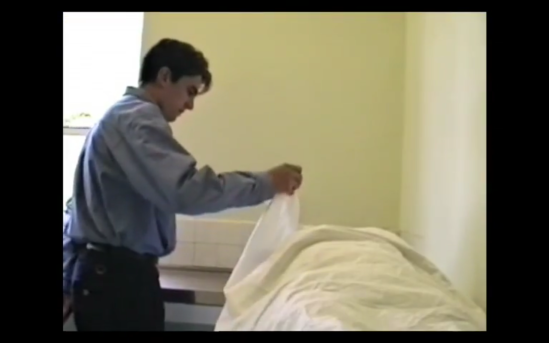 Australia. Early 1990’s. Nathan Hill wrote and directed a crime thriller SOV, shot on a Video8 handheld, that just happened to have a bloodthirsty beast roaming the sewer system who unwittingly becomes addicted to cocaine after munching on a junkie. The 1993 film was entitled, “The Hidden,” which is not to be confused with the late 1980’s science fiction-horror, “The Hidden,” with “Twin Peaks'” Kyle MacLachlan. Hill’s film, also considered a sci-fi venture, had a minuscule, barely functioning budget and in a sense of unawareness, the filmmaker didn’t quite realize that a film, already popularizing the title, had the exact same moniker. In any case, Hill’s “The Hidden” has a premise far from the already established indulging in a vindictive creature feature with an internal turmoiled drug cartel subplot. 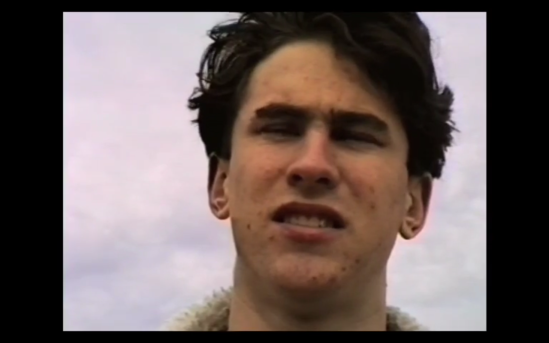 “The Hidden” comes to no surprise that the cast is constructed of no-named actors and actresses. Simon Mosley debuts as Michael Wilcott, a grief stricken brother looking for vigilantism vengeance. Mosley doesn’t have an acting bone in his body as he punches doors and pushes pushers around as if on command and carries a monotone, automaton performance throughout. He’s only rivaled by Daniel Rankin from another Nathan Hill directorial, 2011’s “Seance” (aka “6:66: Seance Hour: if that makes any more sense). Rankin’s a tall, muscular drink of water in comparison to Mosley and has a bit more acting chops that not only contemplates the hits he’s taking on his drug gig as dealer Guy Taylor, but also pulls a little more weight as a compassionate individual who takes a homeless boy as his surrogate father. As Mosley and Taylor team to battle the beast, the unlikely duo also have another foe to hurdle in the obstinate Steve, a junkie with a hard on for being bad, a role fit for the blonde haired and severely acned Chris Robbie. Paul Mosley, Chris Goodman, John Goodman, and Narelle Sinclair, as Michael Wilcott’s girlfriend, co-star.

Now while “The Hidden” has rough SOV quality, that’s is nowhere near the issue with Nathan Hill’s debut feature. Nick Goodman’s script spits out varying story tracks that never really shape subplots into being an unquenchable and flaccid tangent. For example, Guy Taylor’s adopted son, Carl. With the exception of a brief flashback of Guy and Steve working out together and coming across the boy. The scene’s brief but affective substance lies with setting up Guy to be a big softy on the inside and making Steve a complete jerk, yet keeps the relationship between Guy and Carl disjointed and ingenuous. There’s also the little (as in little of) mentioning of the special effects. No special effects technician is credited and it shows as the beast is absent in nearly the entire 77 minute runtime with the exception of the Predator first person infrared vision and it’s not until the climatic finale does “The Hidden” come visible and it’s a big whomp-whomp.

Nathan Hill Productions, under his NHProduction company, presents “The Hidden” distributed by SRS Home Video and MVDVisual onto DVD home video that’s encased in nostalgic, VHS cover art with a “Please Be Kind and Rewind” cherry sticker on top. The Video8 SOV image is quite washed and unstable in the 4:3 aspect ratio as if the color has been zapped right out, even after being re-animated, reduxed, and remastered. The limitations of the Video8 camcorder hinder the single channel audio, leaving the range and depth something to wonder rather than experience. Along with the anemic audio and video presentations, the bonus features doesn’t stray far as only the trailer and bonus trailers are included. “The Hidden” is unglamorous under the eye-catching cover art and more attuned to being an investigative thriller than a creature feature and a recommendation wouldn’t be hard-pressed for anything stellar.

“The Hidden” available on DVD