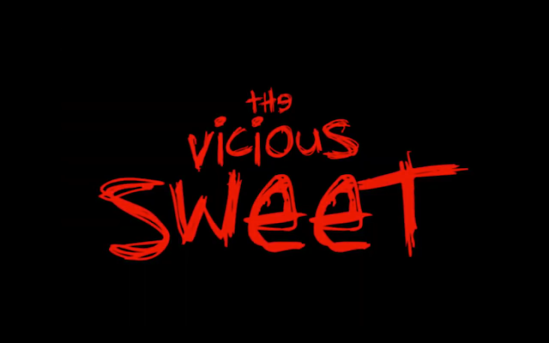 Popular B-movie scream queen, Tyler Phoenix, just walked out belligerently from the latest screening for her new schlocky horror film. Fed up with worrisome managers, pressuring producers, and hot-headed directors, the leading lady glazes over her career as the past creeps back into her life, sourly affecting the platonic, one-sided relationship with her boyfriend. Tyler’s downward spiral toward the depths of depression and frustration attractively consider suicide by pills, but when Tyler awakes, she finds herself handcuffed to a bed with a mysterious masked man looming over her. What the man wants is unclear to Tyler, but one thing is absolute, he’s an adoring fan of hers who seemingly knows more about Tyler than she knows about herself. Hours seem like days, days seem like weeks, and weeks seem like months as Tyler is continuously drugged and asked personal questions about her past and about the disparage campaign to capsize her life. Tyler begins to hallucinate and can’t tell what’s real or not as she confronts internal demons while being completely forthcoming to her dangerously devoted captor. 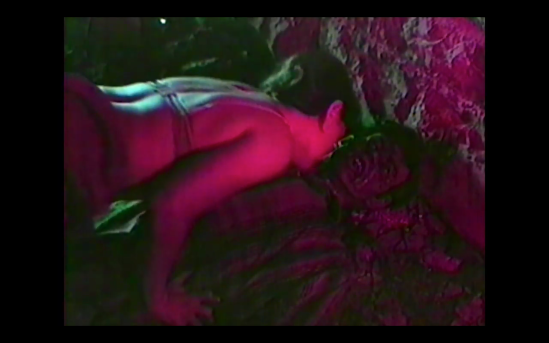 “The Vicious Sweet” captures visceral surreal existentialism from Sub Rosa Studio’s own Ron Bonk in the shoes of writer and director. The 1997 thriller is a cinematic blend of psychological horror, self-deprivation, and coming to terms with one’s own identity. All shot on analog video and on a micro budget, Bonk’s able to depict dreamlike scenes hauntingly and pragmatically without the assistance of costly visual effects that often cheap in appearance on video transfers. Shot in Syracuse, New York, “The Vicious Sweet” could be set anywhere, USA and with locations that set the main characters in close knit quarters for nearly most of the 90 minute runtime, the “House Shark” is able to fashion an under the radar overwrought mystery. Though the SRS Cinema retro DVD cover is lustfully tasteful with an illustrative Tyler Phoenix handcuffed to the bed and in her underwear, “The Vicious Sweet” isn’t about abduction for sexual exploitation. Yes, one scene does represent the DVD cover; however, Bonk’s story tickles the frayed and blurry realm of the mortal coil that can push the limits of not only the story, but also Bonk’s ability to explore that plane of existence that inhibits zombies, large rat-faced looking creatures, and the intangibility of time. 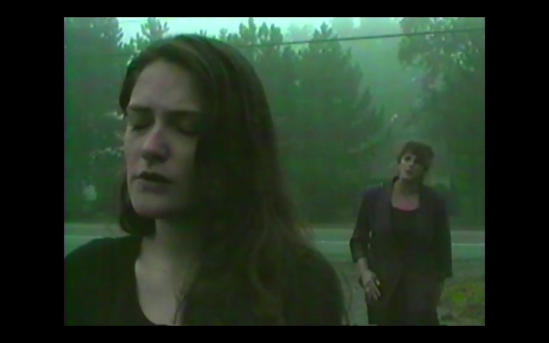 Tyler Phoenix whirls as an angsty actress with a chip on her shoulder and a metaphorical duffle bag full of internalized secrets. Sasha Graham straps herself right into the role, exhorting all the right kinds of anger and cynicism into her seemingly successful character’s career. Graham has seen her fair share of mid to late 1990’s lowballed b-movie films, such as having a substantial role in “Polymorph” directed by “The Dead Next Door” director J.R. Bookwalter and in “Bloodletting” helmed by the “Witchhouse” screenwriter Matthew Jason Walsh, but “The Vicious Sweet” marks the debut of leading lady, a true scream queen role, and Graham wears it well. She’s complimented by the debut performance of the late Bob Licata as the mysterious tormentor who goes by the name of Grimaldi, one of the performers from Phoenix’s early, short-stinted porn career. Grimaldi, who repeatedly notes, is a part of Phoenix and, for a lack of a better term, symbolizes the actresses betwixt past and present on a conscious level of trying to make sense of all that’s entangled in that screwed up and complex mind of hers. Licata, in regards to his character, is cold and consistent, playing the act of a passionately solemn and unpredictable serrated fan hellbent on trying to expose Tyler Phoenix’s true self. “The Vicious Sweet” also stars Jason Wicks, Theresa Constantine (“Bloodletting”), Jeffrey Forsyth (“Gut-Pile”), Al Marshall, Steve Wood, and Jeff Jones. 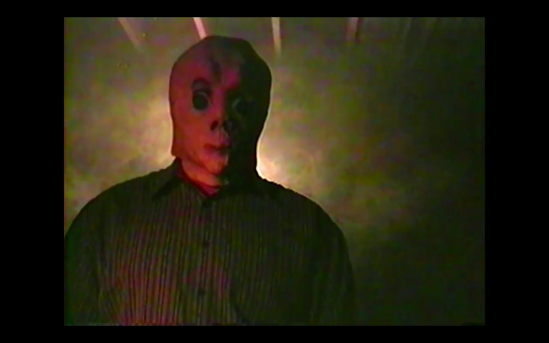 The story progression through Tyler’s figuratively personal hell hardly goes stagnant despite, for most of the her status, being manacled to a bed for relentless interrogation. Tyler’s put through a variant ringer of drug induced hallucinations and cerebral caprices and much of the credit, alongside Sasha Graham, should go to writer-director Ron Bonk who is able to translate from script to screen his vision. Contrary to the restraints of a SOV production, the creativity of Bonk’s camera work in masking, in more ways than one, Grimaldi’s stoic façade and centralizing Tyler’s and her experiences is evocative , the antiquated practical effects are still appositely poignant, and the diverse content holds “The Vicious Sweet” to a larger scale than the finances suggests. I’m not trying to elevate Ron Bonk’s film up to being the Holy Grail of low budget horror held in the vibrancy of limelight, but in my opinion, to dismiss the appreciation for producing something out of nothing would be a tremendous disservice to all auteurs. “The Vicious Sweet” leaves us with an open for interpretation perspective that somehow manages a jaw-dropping mound of shock and perplexity, nothing short of the likes of Christopher Nolan’s “Inception” ending. 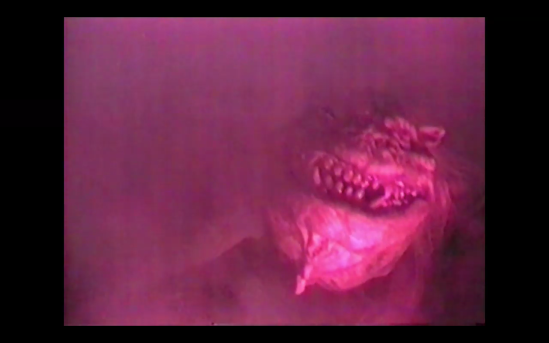 The SRS Cinema DVD home video release of Ron Bonk’s “The Vicious Sweet” is presented region free, 1.33:1 aspect ratio from a S-VHS Betacam SP, that mostly result with black bars on each side of your 16:9 HD television. The limited edition Blu-ray is marketed as remastered, but the DVD image quality is awfully poor from the analog master transfer and doesn’t seem to have a smidgen of touch up where marco-blocking artifacts and aliasing run rampant. What also doesn’t help matters is the faded coloring and the blacks nearly void of any shape of definition as if you’re in a bright room and the light is shutoff and nothing but a blurry black void is present between the light and the time you’re eyes can adjust. The English language lossy 1.0 uncompressed mono track is frail and shaky, but still manage to push through without an obfuscate obstacles. Dialogue cozily lies low on the audio totem pole and the range and depth lack during more fantastical moments of zombies and monster swarming about. Bonus features include a director commentary, a director and Sasha Graham commentary, and SRS Cinema trailers. The best DVD feature, along with the film itself, is the illustrated, VHS letterbox DVD cover of the aforesaid Tyler Phoenix beautifully bound to the bed with candles lit by her table side and dressed scantily with a nice Please Be Kind, Rewind cherry on top. Despite the technical woes, “The Vicious Sweet” remedies the longstanding misinformed notion that independent b-horror movies are a hack and burden to the cinema fuselage with vast imagination and sturdy ambition.

The Vicious Sweet DVD is a must buy!