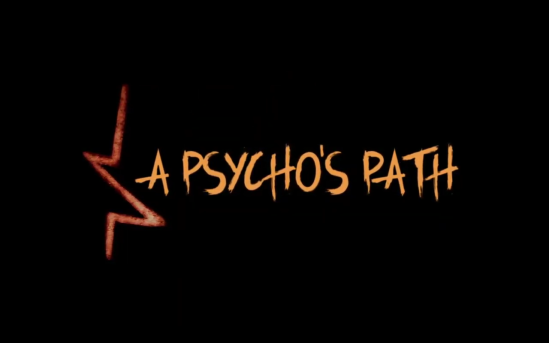 In the sleepy Californian desert town of Brownsville, the peaceful way of life has been upended and thrown into chaos when a savage murderer embarks on a path of a seemingly random killing spree. Previously apprehended and transferred to a psychiatric hospital by court order, the psychopath’s easy and violent escape places him back into an already frightened society to the likes the town has never seen. With no leads to pursue and the townsfolk fearfully blaming the ill-equipped police force, Captain Peters and his squad of deputies must establish a pattern of slaying in order to track his next move, but all kill sites lead to being arbitrary – a motel on the outskirts of town, a isolated gas station, and a suburban home. Are these killings at random or is there a path the killer is following?

Mixed martial artist Quinton “Rampage” Jackson lives up to his professional epithet in Rocky Costanzo’s “A Psycho’s Path.” The credited writer and director filmmaker from Huntington Beach, California follows up his 2016 germane, American social, malignancy teenage thriller, “Ditch Party,” with the 2019 horror-slasher birthed from the spirit of independent filmmaking and produced by Noel Gugliemi, Matthew King-Ringo, and David Ramak. Despite the title’s wordplay on A Psychopath,”A Psycho’s Path’s” gritty and dark tone is anything but a pun-wit delineation as should be presupposed judged by the Mill Creek Entertainment DVD cover of a bloodied and wild-haired Jackson garnishing a blank death stare in the foreground of a moon and neon-lit ominous motel that just screams the trope scenario of nothing ever good is going to happen to that lady standing just inside her motel room’s doorway and wrapped in wet bathroom towels.

The former UFC lightweight Champion Jackson is no neophyte when concerned with the acting world. The big screen’s “The A-Team” adaptation proves just that with his break through rendition of the rogue militant, B.A. Baracus, famously portrayed by Mr. T in the early 80’s series of the same title and established the kind of role types Jackson’s built for outside the ring – large and in charge. In “A Psycho’s Path,” Jackson just has to appear like a 6’1″, 270lb monster without so much of one word of dialogue; it’s a role without a name other than John Doe and it’s a role Jackson was born to play as his physical attributes are naturally inherited and, dare I say it, scary. Character linked on the opposite side of the behavior spectrum is Captain Peters, played by Steve De Forest in one of the few prominent performances of his career, but Captain Peters doesn’t have enough oomph as a character to size up to John Doe. Thus, enters Noel Gugliemi, also known as Noel G., one of the most famous support character faces in all of the film industry from “Training Day” to “Bruce Almighty,” “The Purge: Anarchy” to “The Fast and the Furious” franchise, Gugliemi has the big name and personality in a joint forces operation with Steve De Forest as his on-screen right hand deputy, sergeant Torres. Barely recognizable with a bad wig and without his trademark facial hair, co-producer Gugliemi spits the snake tongued, whip-cracking lines of a jaded officer, lines that have solidified him as an all time fan favorite in his credentials. “A Pyscho’s Path” rounds out with Steve Louis Villegas (also in a bad wig), Kassim Osgood, Derrick Redford, Rowan Smyth, and with a lighthearted cameo from “Different Strokes'” Todd Bridges.

For fans of Michael Myers and the “Halloween” franchise, “A Psycho’s Path” has starkly obtained familiarities to The Shape’s universe with Jackson’s stoic performance of pure, unstoppable evil escaping a psychiatric setting intending to kill, kill, and kill and in also Costanzo’s ambitious direction, especially the track and follow camerawork that’s complimented by the cold tone cinematography of Dylan Martinez (“Ditch Party”), but that’s where the positives seemingly part ways with the rest of the film as a schlocky and campy shadow looming over what could possibly drive all these lunatics to the prospect of committing mass murder. Throw aside the already aforesaid production wardrobes with bad wigs and also ill-fitting deputy uniforms, “A Psycho Path’s” has lost more at stake with little string to yarn a strong woven story together that necessarily elevates John Doe’s affixed obsession to follow a blood-shedding zig-zag path loosely in a little-to-nothing conveyed context. “A Psycho’s Path” becomes a shell of other film’s former selves. 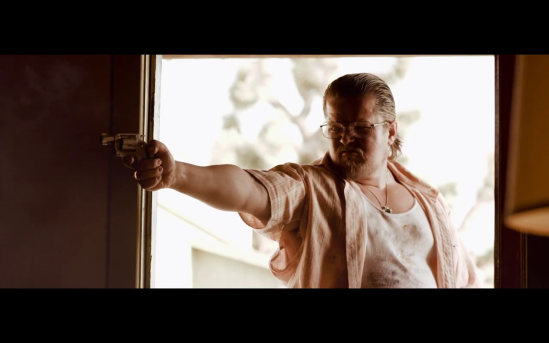 No One is Safe as the tagline warns on the DVD and digital download release of “A Psycho’s Path,” a production from Entangled Entertainment, Hourglass Pictures, and Stroboscope Studios, and distributed ITN Studios and Mill Creek Entertainment, a division of Alliance Entertainment. Presented in it’s original aspect ratio, an anamorphic widescreen 2.35:1, the image can be lost in a shadow-heavy contrast. Though praising his dark tone earlier alongside some well framed shots, Dylan Martinez, at times, goes full midnight at moments that hide events and eventualities from being discernible. The uplighting motif helps with cutting the overly dark picture and creates a sinister mood as slithers of shadows give a hard edged appearance. There’s also a menagerie of tint that doesn’t hone a theme. The English language Dolby Digital audio track renders palpable with clarity in dialogue and a decent range of ambience; however, the lack of depth throws some shade as characters, no matter whether in the background or foreground, live on an equal degree of volume. The release clocks in at 84 minutes, is not rated, and includes option English SDH subtitles. “A Psycho’s Path” has adequate acting, indie charisma, and one hell of a kill scene with a head in a vice like death grip and squeezed to pop like a ripe tomato in one’s hand, but can’t reproduce the slasher mystique well enough to earn it the trait.

Own it today on DVD!