Four blue-collar friends are being laid off from their steel mill jobs; family generations are engrained with the blood and sweet of the mill, but the somber moment is humbling and harsh when responsibilities come to collect. They decided to throw one last hurrah, a boozy camping trip into the rocky wilderness, before life hits them hard. The calm and tranquil getaway turns deadly when acolytes of Unionology, a cult secluded to the restricted areas, sets sights on trespassing campers with the four friends right in the middle of the hunt. After teaming up with another hiker and the disappearance of one of the friends, a fight for survival ensues against armed masked men and an unhinged cult leader along the mountainside where it’s not only man versus nature, it’s also man versus man.

The great outdoors continues to be synonymous with a hot spot for murder, mayhem, and overall doom and gloom in Christopher M. Don’s debut backwoods cult thriller of survival entitled “Restricted Area.” Dons pens as his second script behind the savagery, snowy slopes of his ski-sploitation horror, “Minutes to Midnight,” where masked men with a cryptic agenda hunt down patrons of a ski lodge set upon a mountain. Don must have an fondness for producing screenplays where masked killers stalk in wilderness elements as “Minutes to Midnight” plot is essentially the same as “Restricted Area” without the sound-damping snow. Produced by Gear Up Productions, which I assume is Christopher Don’s company, climbs very little up to being a modest budget feature and retains around camping along the super low financial terrain based off the already exaggerated beliefs of Scientology that, if at all, lightly treads to more escalating and thrilling heights. 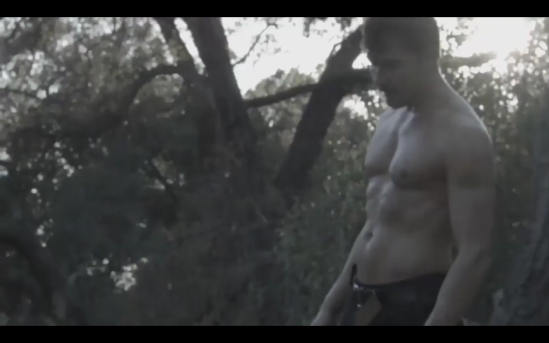 With being an indie feature on a microbudget, Don implements his cast to being his actors as well, including himself as Cody, the nearly silent onscreen brother to his real life brother, Robert Don, as the film’s lead, Tyler. Tyler’s a rough and tough steel mill worker with his biceps bulging from his sleeveless, black puffer jacket and hunting knife strapped to his waist side, but as far as depth goes, Tyler lacks significant worth from little backstory and no character arc. Whatever Tyler does isn’t exactly bursting with energy by Robert Don’s deadpan manner. Who recoils from inexpressiveness is West Murphy playing Axel, the goofy and boastful friend whose really blowhard, and though Murphy sprinkles flavoring upon and around most of the monotonically adrift slop, Axel’s one-trick pony can’t even offer much else to the story, not even a glorious death that would be redeeming for such droll stereotypes. “Restricted Area” houses random entries and exits of characters that can make viewers anxious, concerned, and down right frustrated with the arbitrary fates of Harold (“Big Bad Bugs’” Phillip Andrew Botello) who disappears with only a little sliver of where he might be in the closing scene and the blank white masked cultist with a machete who leaves more intrigue of a boss level villain than is actually divulged in the story. Paige Lindsay Betts, Ross Britz (“Ozark Sharks”), Emily Gardt (“Satan’s Seven”), Nicholas Cole (“Stripped”), Randy Wayne, Gus Moore, Wilmer Hernandez, and schlock horror internet pundits and, Shawn C. Phillips and Danny Filaccio fill out the cast list. 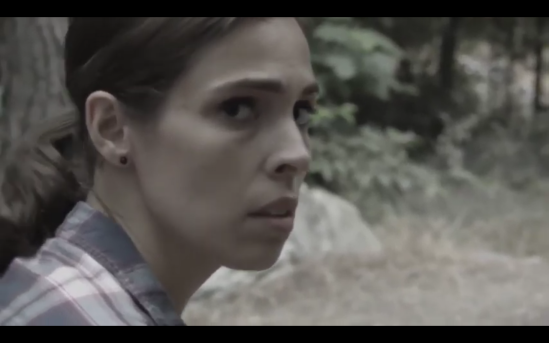 “Restricted Area” already has a zillion things going against the meek and humble feature albeit the aforesaid above from the mishandling of characters, but the bearings, picked from the litter of many categories, never comes into focal clarity and shimmy their way to eek by toward a rather enigmatic end. Out of the 112 minute runtime, Christopher Don’s screenplay couldn’t consists of more than 60 to 70 pages of dialogue and scenes with the remaining footage for the feature being supplemented with overkilled filler scenes of Tyler and his band of survivalists wandering around an idyllic traipse, dysfunctional and unnecessary segue edits repeat nearly themselves and just extend into filler scenes themselves, and the bombardment of landscapes – lots and lots of landscapes. There was even one faux pas of a wooded mountainside that was shamelessly shot straight from a magazine advertisement with the advertised site text very visible in the scene. There’s also a scene with a real rattlesnake that, by chance, wandered into production and Don decided misplace this miracle amongst inside another wandering group montage. To continue on the script, the convoluted nature of the cult wanted to kill a young boy becomes lost as this boy comes and goes as he pleases, pleading without any dire sense of urgency for Tyler to save his life. Yet, this dubious boy never seems to be frightened, frantic, or even in cahoots when considering the cult’s dastardly plan to end his time on this Earth.

ITN Distribution and Mill Creek Entertainment’s call to the wild is a survivalist nightmare in Christopher Don’s “Restricted Area,” pitching a tent into the DVD market with a home video release. The DVD is presented in a widescreen 1.78:1 aspect ratio on a single layer, region one disc. Perhaps one of the worst presentations I’ve seen lately with the low bit rate, big compression artifact issues that denounces detail clarity right from the get-go, settling into a fuzzy and blotchy 112 minute, from start-to-finish, runtime. The color palette doesn’t pop either inside the parameters of a faded natural scheme that bares no attempt to use any shade of tint to offer more than just the bare minimum to survive. The English language Dolby Digital stereo dual channel mix plays the same rugged tune with lossy quality in dialogue, ambience, and Michael Levinson’s synthy soundtrack, which is perhaps one of the film’s few highlights in lieu of his debut. Still, a harsh feedback echo on the dialogue dampens the authenticity of the ordeal and poor mic placement dilutes the fidelity even more. Optional English SDH is available. Bonus features includes an audio commentary, trailer, and a quaint blooper and outtake reel. “Restricted Area” doesn’t have the authority required to be a gouging survival horror as all sides of the cinematic terrain are too rough for an visual and audio trek and the script lays to waste with drone dispositions and careless considerations that needs to be post noted and restricted from itself.