Backdropped inside the mid-1960’s of Bennington, Vermont, famed horror fiction writer, Shirley Jackson, and her husband, Stanley Hyman, a folk literary professor at the Bennington College, welcome a young newlywed couple, Fred & Rose, in their home, but the stay isn’t for social purposes as Fred stands to be the assistant professor aiming to achieve greater success under professor Hyman and Rose becomes the happy wife whose reluctantly willing to help with household chores as the surly Shirley flounders in a writer’s rut, sour around polite company, lethargic for most of the day, and at war with her cheating husband, but Shirley finds inspiration when taking a fascination to Rose, merging her with a news story of a missing local girl that leaves Shirley entranced, catatonic, and inhibited from writing her novel. Once disdained by Rose’s very presence, Shirley exploits Rose’s eager ambitions and trustworthy attributes by befriending her as an endless flood of literary muse offerings that breathe life into Shirley’s next masterpiece. 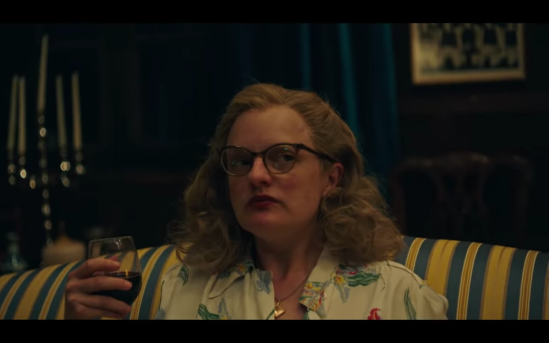 “Shirley” is a biopic allegory of half-truths and a tale of a grim waltz between common civility and the yearning, paralyzing pursuit of opus mastering from the “Madeline’s Madeline” director, Josephine Decker. From the creator of the “I Love Dick” television series, writer, Sarah Gubbins, who adapted the screenplay from the author of “Shirley: A Novel,” Susan Scarf Merrell, provides a textural interpretation of renowned horror and mystery fiction writer Shirley Jackson during the bitter final years of her and Stanley Hyman’s unusual, yet threadbare functional, relationship. “Shirley,” in itself, is like one of Jackson’s terrifically terrifying horror stories woven together with anecdotal fragments of Shirley’s flailing existence with the new energy of a fictional young couple to drain the life from for her own benefit and is cinematically arranged the story like a perverse thriller of intellectual capitalism. The Los Angeles Media Fund (“Dark Crimes,” “The Bye Bye Man”) and the biographical drama producing powerhouse, Killer Films (“Notorious Bettie Page,” “Infamous”) serve as the production companies behind “Shirley.” 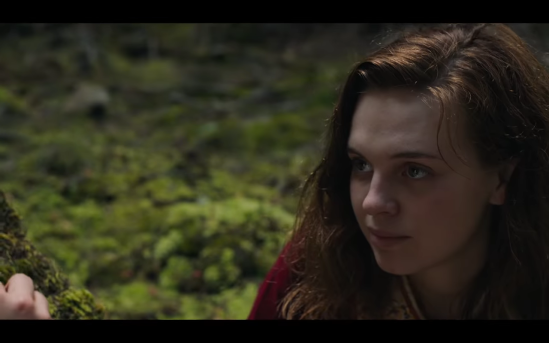 Hot off her success in the gender-dystopian television series, “The Handmaid’s Tale,” and in Leigh Whannell’s vision of a Universal monster classic, “The Invisible Man,” Elisabeth Moss embodies the titular role of Shirley Jackson with a fluid performance of a corkscrew soul. Moss aims to make Shirley as a detestable gorgon with nihilistic and agoraphobic intellect and a narcissistic view of her work she considers to be the holy grail. Moss is methodic and calculating in her character’s icy social skill set and floats half-seen above the water’s surface like an alligator hunting, ready to snap when a warm blooded meal doesn’t expect a thing. Shirley Jackson is only as interesting as her philandering other half, Stanley Hyman, who has a whole separate cache of quirks and callous intentions, though parading in a much more vibrant, lively, and gregarious manner. “The Shape of Water’s” Michael Sthulbarg has pitch perfect execution of Hyman’s managing tugboat who pulls and escorts this cruise liner-sized ego to port with an unorthodox show of a manipulation and affable disingenuous blend working tirelessly that ship to anchor after a long voyage on rough, stagnant seas. Fred and Rose enter like a parallelogram, a four-side rectangular where two sides pair together equally in length, of innocents wondering into a den of a pair of hungry lions. Then, the parallelogram flips and skews to form an twisted mirror of itself that has turned the sweet and loving Fred and Rose into a pair of awaken fragments of Shirley and Stanley. We don’t get to experience much of Logan Lerman as the assistant professor who shadows in Hyman’s overshadowing dominance, but we’re rather engrossed by Odessa Young’s onscreen reciprocity with Elizabeth Moss. Rose falls short of being the epitome of youthful innocence with a fast and loose shotgun marriage to Fred because of her pregnancy and her rendezvousing sexual appetite with Fred, but Rose’s delicate curiosity and naïve gives way for Shirley, Stanley, and even Fred to tread all over her. Young fully grasps Rose’s disadvantage in the viper’s pit that sizes her up for a great fall.

“Shirley” doesn’t bask in the spotlight of the biopic-ee’s celebrated work, like “The Lottery” or “The Haunting of Hill House,” even if it name drops the former; instead, Josephine Decker’s film is cut from the Susan Scarf Merrell cloth that disconnects and desensitizes intellect from moral conduct. Distinct lines are drawn between the couples Shirley and Stanley, whose dynamic teeters on alcohol, smokes, and a banter based on a fraction of love less, and Fred and Rose, who are teased with the taste of the good life, bow and scrape for the attention of their hosts. As the scrupulous infatuations begin to blur the lines and Fred and Rose become infected by Shirley and Stanley’s inceptive wicked cynicism, a metamorphosis occurs as the naïve newlyweds are now the bitterly tireless unable to cop with their shortcoming whereas Shirley and Stanley remain unaffected, if not, better off than from when they started, leeching the purity from the impressionable youngsters like a pair of scholarly vampires. Decker’s airy, dreamlike touch evokes another level of the already Freudian bombarded “Shirley” that’s laden with heavily schemed psychoanalytic foreplay and undercurrent human reaction to a string of unconventional occurrences. 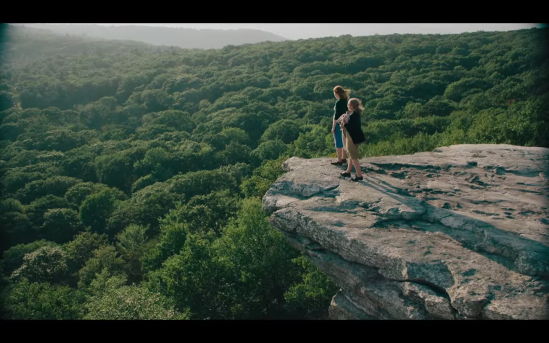 Become the fly trapped in a web of deceits with “Shirley” heading to Hulu, VOD, virtual cinemas, and select drive-in movie theaters come June 5th, 2020 distributed from Neon. The rated R, 107 minutes quasi-biopic is presented a widescreen 1.78:1 aspect ratio. Unfortunately, a digital screener doesn’t allow me to critique the A/V quality. However, composer Tamar-kali’s subdued score lingers on the right side of brooding without feeling overly dreadful and with feeling more horrifically intrusive, complimenting Shirley’s aggressive mind rape of Rose’s psyche. There were no bonus features included with the digital screener nor was there any bonus scenes during or after the credits. Unlike the sullen, reality bending state as the titular persona, “Shirley” is an entertainingly cathartic glimpse into the worst side of erudition plagued upon those lesser informed that builds lustrous works of horror on the backs of perfidy.

Purchase the poster with Elizabeth Moss!