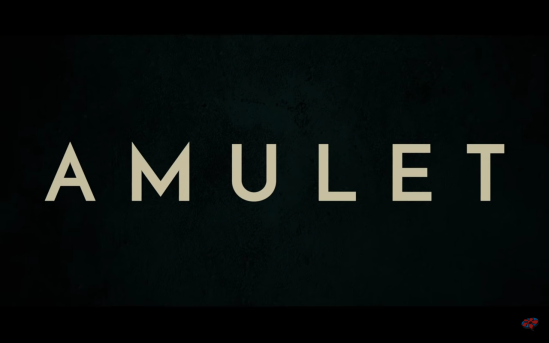 Tomaz, former Eastern European soldier of war is now living homeless in London, squatting overnight in rundown buildings with other displaced individuals and families. When the building he’s sleeping in goes up in fire, he’s injured upon escape and wakes in a hospital to learn that a nun found him and his belongings, leaving him a note to visit her upon his release. The nun, Sister Claire, offers him food and a bed in exchange for dire house maintenance for a sickly mother, Miriam, and her caretaker daughter, Magda. As time passes, Tomaz begins to fall for Magda, but her odd behavior and the dying Miriam’s severe skeleton living accommodations in the attic as well as her frail, pail body nag at Tomaz’s conscious that something is awfully amiss. However, his present enigma isn’t the only thing tugging at his tormented conscious when faced with the shocking truth of his residence.

Actress turned filmmaker, Romola Garai, makes her full-length feature debut with a fissionable creepy, punish-thy-sinners, slow burn horror film entitled, “Amulet.” The UK production is written and directed by Garai, who previous work includes main cast acting roles in Joe Wright’s World War II dramatic thriller, “Atonement,” the sci-fi horror “The Last Days on Mars” along with costar Liev Schreiber, and filling in some tremendous shoes in the prequel to the 1987 rom-edy, “Dirty Dancing,” “Dirty Dancing: Havana Nights.” Now, Garai peers through camera lens, orchestrating from the director’s chair, an eerie body horror tale that involves demons, past regrets, and a diabolical, antiheroic nun conniving for the sake of humanity. Speaking of which, humanity is one of the central themes that “Amulet” explores in hellish fashion as our actions determine the outcome of our various shade of humanity forged ourselves and how we will be judged accordingly. “Amulet” is a production of Head Gear Films and Kreo Films FZ, and Metrol Technology, who have all collaborated on “Cargo, as well as in association with “Shed of the Dead’s” Trigger Films. 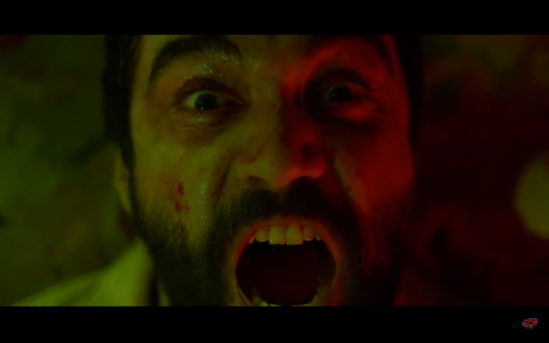 Cast in “Amulet’s” only male role is the Romanian born Alec Secareanu as Tomaz. The graduate of Caragiale Academy of Theatrical Arts and Cinematography actor envelops himself into a trouble ex-soldier without a country, unwilling to return to a worn-torn land in hopes to relieve himself from reliving the past. Secareanu exudes tenderness for Tomaz in order for audiences to empathize for a homeless man who has agreed to assist Magda and her ill mother. Garai engrains Tomaz with such sentimentality, it’s proves difficult to see the man any other way until the filmmaker incorporates Magda into the mix, a capricious role imparted upon to “Blade Runner 2049’s” Carla Juri. Juri moderately reprises her eccentrically free performance from the 2013 comedy-drama, “Wetlands,” as a seething promiscuous and alluring woman but, in the darker vision of “Amulet,” Magda is a servant of her dying mother who has a lying in wait, sheathed vocation yet to be revealed until Tomaz’s curiosity becomes too much. Secareanu’s and Juri’s performances define the characters with no details left out, but the overall best performance goes to Imelda Staunton as Sister Claire. As professor Dolores Umbridge from “Harry Potter and The Order of the Phoenix,” Staunton was maniacal as she was sophisticated, channeling that same energy into Sister Claire as a double-dealing nun with a fraudulent ebullient attitude. Sister Claire was molded surely for the English actress whose high cheekbones, tight mouth, and round eyes give her a perfect blend of meek malice. “Amulet” rounds out the cat with Angeliki Papoulia and Jacqueline Roberts.

“Amulet” scores well as a feminist’s film, more so as the debut film from a woman filmmaker, that takes the horrifying actions of men and, literally, demonizes their red herring benevolence, but, in Garai’s style, that isn’t overly provocative and megaphoned from a soapbox. The doleful, sometimes frivolous, tone regales in a bleaker light of conniving and withholding intentions. While “Amulet” relishes inside an original thought, the story ebbs with disjointed connective dots. The story itself isn’t linear as we’re moved back and forth between Tomaz’s tenure at Madga’s residence and his wartime past being posted up far from the frontlines in isolation, a moment Tomaz continues to relive while dreaming during his time his hands are self-bound with tape, a curious event that becomes important to note as the story unfolds. While the story isn’t linear, that is not why the audiences’ problematic pursuit will be challenging, but more so with the discerning of the amulets role amongst the trifecta of outcomes for Tomaz, Magda, and Sister Claire. The amulet, which is unearthed by Tomaz in the middle of the woods during his draft, is a woman with a shell headdress. Shells are a common motif throughout, serving as a warning of what to come. In some Christianity folklore, shells are a sign of light and salvation and, in a way, serve as Tomaz’s path toward salvation from a lost soul to provided a purpose with unholy consequences. It’s all interpretation, but “Amulet” is a novel look at blending religious predestination with a grim mythological tenor as an excellent melting pot source of ghastly affliction.

From Magnet Releasing comes the twisted tale of transgressional talisman, “Amulet,” from first time filmmaker Romola Garai. Since this film will release potentially in theaters and definitely on demand on July 24th, the digital screener will not be reviewed on it’s audio and video technical aspects, but Laura Bellingham, the direct of photography working on her debut full-length feature as well, introduces an uncomfortable warmth that engulfs the characters. It’s a reoccurring fire like theme, from Tomaz’s hotel inferno to Madga and Miriam’s home, that could be synonymous to the accommodations of fire and brimstone. Dialogue clarity is good and the ambience is equally fine. The soundtrack by Sarah Angliss didn’t do much for story, striking a pretermit chord in order to focus more on the story. There were no bonus features included with the digital screener nor were there any bonus scenes during or after the credits. “Amulet” is the very definition of feminist horror that bludgeons the stereotype and is well executed to deliver not just a subvert message of importance, but a damn fine film of dreadful body horror and artful mythos.