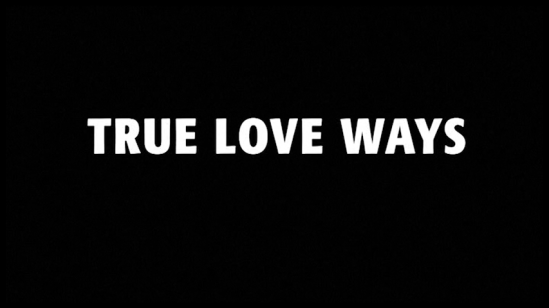 An absent Séverine wants to take a holiday away from her boyfriend Tom after she awakes from a dream where she has fallen in love with a man in a top open, white car. Frustrated and desperately in love with her, Tom agrees to a pact with a bar room stranger to stage a faux kidnapping of his lovely girlfriend and Tom would her hero, swooping in to rescue her from “evildoers” and hoping to rekindle her passion for him, but the Tom’s newfound stranger friend has a more devious agenda up his nicely tailored coat and white collared shirt sleeves; one that involves kidnapping young women to star in their snuff movie productions. When the plan begins the unravel and actual intentions are exposed, Séverine’s forced into a deadly cat-and-mouse game against unsympathetic sadists who have laid the prep work foundation into getting to know their victim and know every inch of her youthful body, but Séverine won’t submit without an unflinching, vicious fight as she trudges through areas of an old villa compound, looking for to escape or kill her captors. 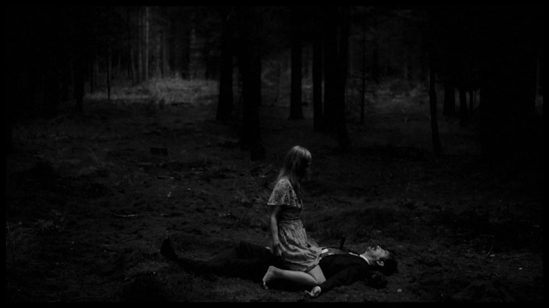 If you search for a combination of the classic Hitchcockian style with a smidgen of cold blooded savagery, Mathieu Seiler’s “True Love Ways” would be at the top of the search result. The 2015 German, black and white thriller surpasses being a surprising sleeper film and goes directly into a notorious favorite category helmed by the Switzerland born director who integrates a complex lead character into an unfathomable story of selfishness, unscrupulous power, and sheer determination. Despite the sepia overlay, the colorful venomous of the characters explodes brilliantly, adding vim and vigor to a story that begins with a slow burn to quickly escalating in an anxiety-riddled and captivating narrative pivoting to one harrowing moment to the next. Seiler, who also wrote the script, blends a detailed art house thriller with feminist undertones that surface the severe ugliness in man whose either selfish with his needs, sexually deviant, or insecure. There’s even a case where Séverine’s father isn’t safe from being scrutinized. Séverine’s the strongest character in the bunch by overcoming one obstacle over another while managing each male driven situation with disregard and hostile improvisation. 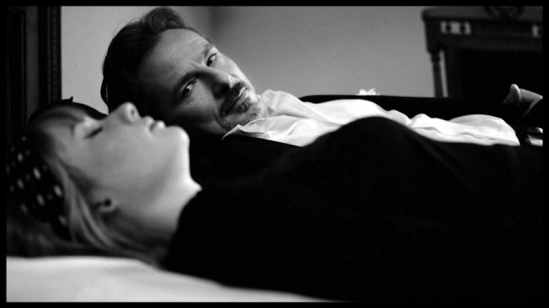 Steering Séverine’s reactive and survivalist rampage is Berlin native Anna Hausburg. The then 25 year old actress embodies a major milestone in maturity for her physical performance. The entire film is driven by physicality, not dialogue, and Hausburg prove her grit and sexuality seemingly effortless. Hausburg is joined by Kai Michael Müller as Séverine’s unassertive husband Tom. Together, Hausburg and Müller couldn’t be more distant from each other while David C. Bunners interjects with a sly director of snuff film operations. Bunners has a modest performance, but if you accept it, let it sink in, you’ll experience his devilishly, rugged good looks and sophisticated business intelligences just ooze out into a white collar sleaze, perfectly suitable with Bunners’ method on his character. His production crew, played by Michael Greiling, Axel Hartwig, Beat Marti, and Marcel Schneider, are equally skeezy in a choreographic manner whom each have a role to play. Rounding out the cast is Christian Samuel Weber, Anja Margoni, Alina Sophia Wiegert, and Margarita Ruhl. 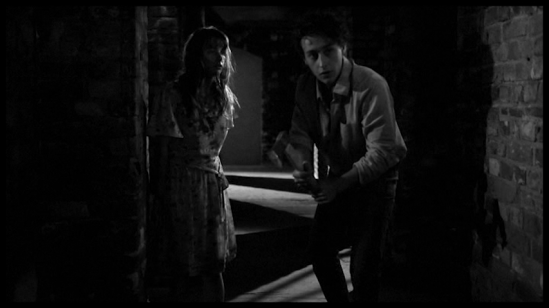 Seiler’s “True Love Ways” is open to many different interpretations. One that seems to bubble up over and over again in the analytical gear works is that could the entire ordeal, Séverine’s ordeal, be all a lie. Not just a single cell lie, but a couple of angles that undercut the linear option laid before the viewers. For instance, the first lie would be that the dark, heinous snuff producers are all in Séverine’s head. Too many coincidences from the specifics from her dreams to come true in such a manner and she always has this mysterious ailment, near the beginning, that’s never explicitly explained. Second lie would be is this Séverine embraces the darkness of her captors; is she herself unstable after the ordeal that the very sever boredom of regular life? The predictability of it all from her vivid dreams have turned her to seek the man who wants to exploit her and who “freed” her from the incompetent men in her life – Tom, her father, etc. Seiler’s abstract bookends shed light upon slithered clues that reveal potential possibilities of where Séverine’s stands as a hero or anti-hero lead character. 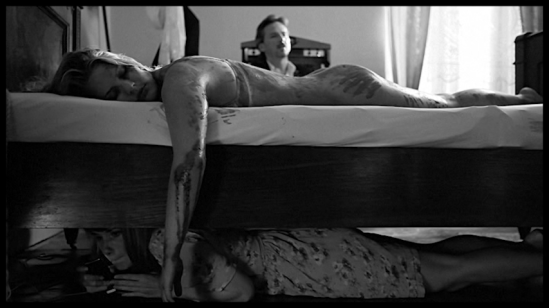 MVDVisual and Synergetic Distribution present “True Love Ways” onto home video DVD. Like the monochrome tone, the DVD cover is elegantly simple with blood covered Anna Hausburg, looking disheveled and holding a blood stained axe, standing in front of a white background encasing the 95 minute film. Presented in a 1.85:1 aspect ratio, the black and white appears absolutely timeless, especially with Mathieu Seiler’s directorial style. However, slight aliasing can be detected in fast paced scenes that liquify the detailing and there’s a bit of digital noise amongst the black objects, like the Old Villa door. The German 2.1 stereo has slightly lower fidelity, but has a still absolute and manageable to understand. There wasn’t really much to test for dialogue depth or range as the film progresses physically rather than with dialogue so many woodsy chase sequences, running through the Villa house, and cars speeding down an isolated road to which all ambient nicely enough. There are no extras included on this release. What starts out as a melodrama between a withering couple turns barbaric under a perennial style of filmmaking. “True Love Ways” provides two-tone carnage with some gore, some sexuality, and a lot of inhuman nature that signifies what’s great about this German indie picture with cascading undertones.

Don’t miss out on “True Love Ways!” Available at Amazon.com