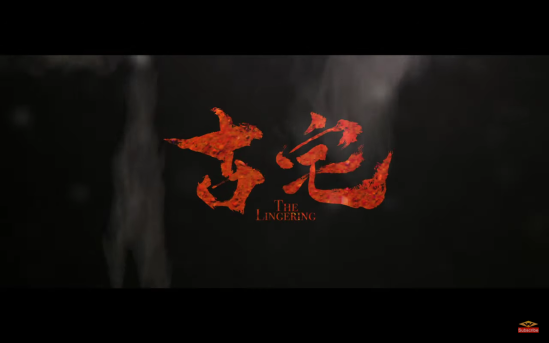 Young Dawa Wang and his mother live in a rundown mansion in 1980’s China. Dawa’s father labored in a wood factory over the course of a year, away from his family, and was supposed to return to celebrate in the New Year, but when he didn’t arrive, Dawa’s mother phones the factory to only find out that there was a landslide at the factory that drowned many of the workers. Not only does Dawa’s mother fear his father is dead, she suspects the house is haunted by his spirit on that very New Year’s Eve night. However, the presence was much more malevolent. Years later, Dawa, a young man, leaves home against his mother’s desperate wishes as their life of poverty drives him to seek solace in wealth, but when the news of his estranged mother’s demise, the now upcoming restaurant entrepreneur returns home to identify her body and to collect on a wealthy realtor offer on his childhood home. Dawa again comes face-to-face with the baleful presence, sparking the unravelling of a 30 year mystery.

Derrick Tao and Mak Ho Pong’s “The Lingering” is a Cantonese Hong Kong ghost story written by Edmond Wong {“Ip Man” franchise screenwriter) and the first penned worked by Zheng Dong. Originally titled “Ku Zak,” “The Lingering” marks a freshman film under the directorial duo of Pong and Tao who manage to scare up a rich atmospheric supernatural fright. Laced with Chinese traditions and catered to retain a more modernized kitsch, Tao and Pong have rendered great fluidity through the decades without the realization of a massive time gap between the two first and second acts; a relatively tough obstacle for any first time directors and the filmmakers manage to pull it off seemingly with ease and poise under Mandarin Motion Pictures productions, the company behind the money aggregating “Ip Man” flicks so there was money to toss at the ambitious auteurs.

“Keeper of Darkness” star Kai-Chung Cheung stars as the grown up and successful Dawa who salivates at the prospect of fame and with a lucrative restaurant franchise as his finger tips, Dawa will go as low to ignore his mother and sell her willed estate to further his prosperous image. Perfect for his role, Cheung challenges himself to be the arrogant and thoughtless whippersnapper many elderly quip about while they throw an angry fist in the air in some kind of protest. The character arch feels deserved with Dawa, going from a young innocent boy, to a bratty teen and young adult, to a successful and negligent son, and then reverting back to being the loving boy he once was; the stages were pleasant to behold and both performances, Cheung and the young child actor, did an excellent job at their respective roles. Cheung’s love interest counterpart is played by Anthena Chu, whose previous films included a couple of sequels, that must be mentioned here, were in the series realm of “Raped by an Angel.” Chu, a complete angel in “The Lingering” dons the role of Dawa’s well-off wife with well-off friends who offer well-off contracts to fund a well-off life for Dawa. While Anthena’s role is rather complimentary to Dawa that symbolizes poor and wealthy children can unite as one, her character flounders the rest of the way and becomes a hapless, if not second string, catalyst in Dawa’s rediscovery of love for his mother. Completing the cast around Cheung and Chu is Bob Yin-Pok Cheung, Fung Lee, Yao Tong, and Terry Zou.

From out the gate, “The Lingering” amps up the shadowy, spine-tingling specter action with an ominous roaming presence, a creepy kid, and a surplus of jump scares complete with an equal amount of braised pork dishes. The first act, set 30 years prior, is all about the pseudo scare with mounting music to, low-and-behind, nothing actually there to frighten the Cantonese out of you Westerners and, to give credit to Edmond Wong and Zheng Dong, a developing mystery enshrouds this mother and son of who exactly looms around the rustic Wang mansion. However, as the narrative progresses into Dawa’s older self, a man desperate to forget his roots, the mystery becomes a mystery more so when his family home becomes haunted by his own mother. At this point in the second act, “The Lingering” is up to two different spooks circulating the grounds like illuminating ghosts in Pac Man. By the third act, the whole haunt falls to pieces and an overwhelmingly forced theme is stuff down our throats about how us children should never forget about the sacrifices of our parents and how their love sustains them despite our affectionate inadequacies and equal rights – Dawa’s equal right to be rich – yeah, it’s a stretch, I know. The philosophy is sound but the execution irreverently chokes out the ghostly atmospherics in baffling fashion and a, for a comical effect, blue balls moment. 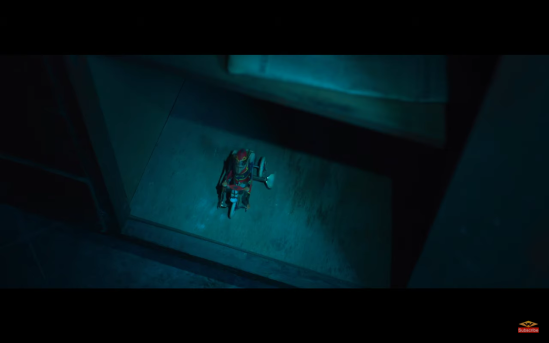 Sticking around on Blu-ray home video is “The Lingering” courtesy of Well Go USA Entertainment. The region A and widescreen, 16:9 aspect ratio, release teeters heavily on the tint scale with a over-saturating bluish hue, especially during night scenes or darker moments of plight, making defining the object in the mirror or in a brief photo capture difficult to define. Blue for sad as it’s saddening to lose a chunk of that goose bump atmosphere to over tinging. The Cantonese language 5.1 DTS-HD Master Audio is by far the reigning attribute of unfiltered bite tracks including a sparkly clear dialogue track, a formidable LFE score that’ll get the blood pressure up, and simple, yet effective, range and depth with the ghost house antics. Available are English subtitles that sync well, yet are more on the kindergarten-ish side of interpretation; almost as if audiences couldn’t comprehend comprehensive and/or complex sentence structures. Bonus features include the trailer and other Well Go USA Entertainment preview trailers. Clocking in at 87 minutes and more of an ode to parental sacrifices, “The Lingering” doesn’t stick around to neatly gift package to it’s audience an eloquent evil apparition feature as promised in the beginning that saw a 100 meter sprint into a tormenting zone that harrows a mother and son by a bloodied soul aimless in disposition, yet compelled to crucify the family.

Own The Lingering on Blu-ray!