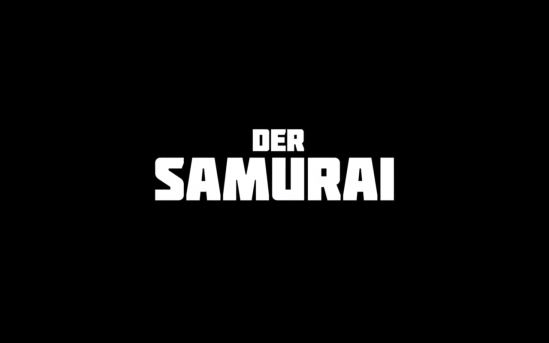 In a small German village, Jakob, a police officer, encounters a blonde cross-dresser wielding a samurai sword who reeks havoc throughout the village. Before Jakob can make an arrest, the decapitating murderer quickly vanishes and reappears during random points of the night. Jakob soon realizes that this cross-dresser killer has more in store for Jakob who, before the strange encounter, struggled to remain above the water living in a town that doesn’t seem to want him there. Does this dangerous individual hold to key to the answers of Jakob’s questions or is he just a mental head case wielding a katana for the fun of it? 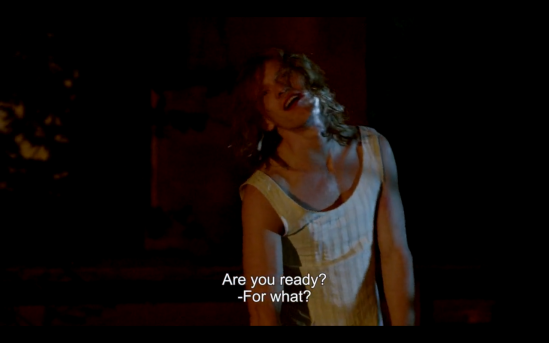 “Der Samurai” is certainly an interesting piece of German cinema that’s difficult to follow, but if you dig deep and look closely into the bones of the film, a glimpse into the personal life of our hero Jakob and his conquering of personal struggles is clear to the mind’s eye through the interpretation of writer and director Till Kleinert in his sophomore film. Jakob, portrayed by Michel Diercks, doesn’t quite fit in in his small hometown village; he has no outside life as he spends his every waking moment taking care of his grandmother when not on official police duty, his boss is constantly degrading him, and the town doesn’t respect his job given authority. While he struggles through these life issues, his work obsession becomes with a wolf that has been sited in the village. Since nothing ever happens his his small village, the wolf is the most interesting thing ever to happen as far as crime goes. 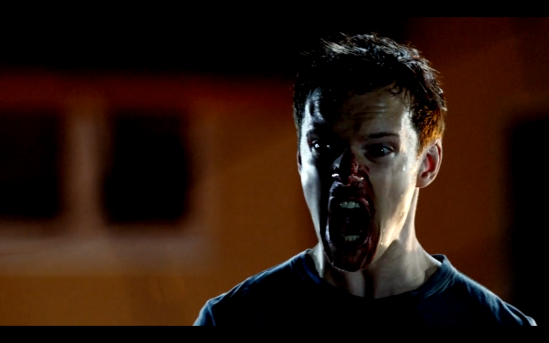 The wolf is hardly seen throughout the movie except for a few brief sightings and up until near the end and the reason for that is the katana wielding, cross-dressing maniac Jakob happens upon. The cross-dressing psychopath, played by Pit Bukowski, is a representation of the wolf and the wolf represents the epic struggle in Jakob’s pitiful life. If he can overcome the epic struggle, then he’ll be free of all the insecurities that have burdened to him and dished out by his insincere village folk. However, the quest to best the manic isn’t going to be easy and will be bloody. 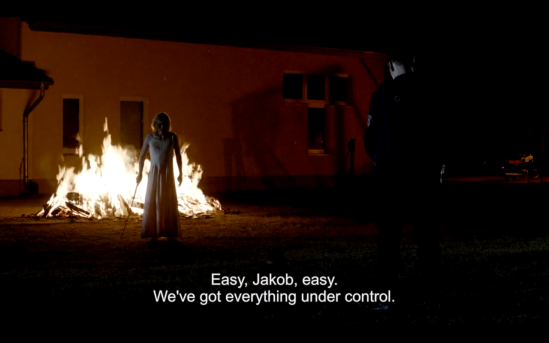 With a title like “Der Samurai,” there will be blood, but the production crew had to use cheap tricks to make the realistic violence work and work well. These cheap tricks were very well done and certainly didn’t look phony or cheesy on screen. The effects are also very experimental and up for interpretation. At one point when a character is decapitated, a spectacular display of blood and fireworks skyrocket out of the neck as a sort of spirtual release for the poor headless character. Experimental and up for interpretation, just like the androgynous character that Pit Bukowski portrays. What kind of sexual desires are being explored here between Jakob and the maniac? At first, I thought maybe Jakob was the maniac due to his boss questioning Jakob on the phone that he might be dressed up and wielding a katana and when his grandmother, in a frightened state, claims that the person tending to her was not her grandson when clearly it was Jakob tending to her. This all changes when other police officers and town folk also see the cross-dresser, putting to defunct the speculation that Jakob was this cross-dresser. 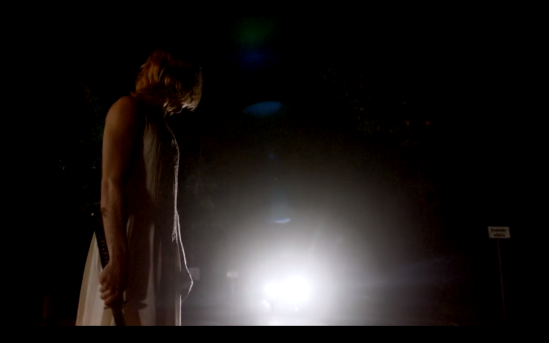 Artsploitation Films brings to Blu-ray home video “Der Samurai” and we’re lucking to have a film like this to be available now in America. However, the 1080p widescreen 1.85:1 transfer isn’t up to the Blu-ray quality one would think. There lies a lot of grainy noise interference, perhaps to the low lighting provided for the film as much of duration is shot in the dark. Didn’t look like to me that there was any digital noise reduction used to smooth out the specks. The Dolby Digital 5.1 German dialogue with English subtitles is flawless and all the subtitles sync up well with the characters’ dialogue. Bonus features include a commentary with director Till Kleinert and Producer Linus de Paoli, a theatrical trailer, and a behind the scene featurette that is actually worth looking into as much of the background and backstory is explained. I’d recommend this German horror to all to experience and, to put the cherry on top, you’ll get to see an erect penis! Enjoy!