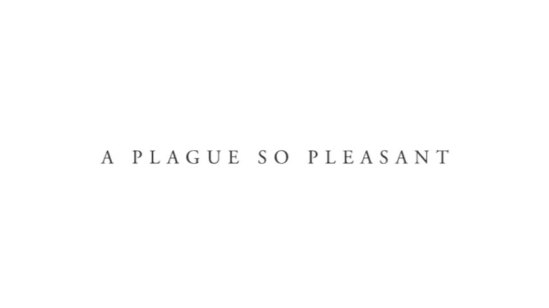 In the zombie post-apocalypse, the human discovered that by not firing their weapons allowed the flesh eating hordes to calm their desires, resulting in the protection of the zombie species and institutionalizing laws against the killing zombies for fear of another undead swarm attack. One of the many survivors Clay has lived in a zombie cooperation world for over a year after the initial outbreak along with his sister Mia, whose boyfriend Gerry didn’t survive, but still roams the Earth as the walking dead. With no one truly dying, the whole idea of existence becomes meaningless and where people, like Mia, won’t move on when they’re loved ones still feel very much alive. When Clay discovers his sister’s attachment to undead Gerry, he takes it upon himself to kill Mia’s zombie boyfriend, releasing a zombie swarm post-apocalypse apocalypse on the his town.

Unprecedented and gushing with rage, “A Plague so Pleasant” redefines the way audiences would view the zombie since 1968, constructing still a vicious species of man-eating undead while domesticating them to a lumbering land fixture much like the way pigeons amongst the birds. First time directors Benjamin Roberds and Jordan Reyes triumph amongst the modern zombie competition, spilling their heart and soul onto the script and onto the screen. With a story to match, a Romero-inspired social commentary zombie film held true to form by instilling normality to a post-apocalyptic world. Zombie and man living together. What was that Bill Murray line in “Ghostbusters?” “Cats and dogs living together… mass hysteria.” Clay and Mia were living a mundane life while the dead remained alive and protected, socially poking fun at how society maintain a normal livelihood with zombies: the U.S. Government made killing zombies a national felony, companies were mandated to go through a yearly undead awareness program as a formality, and there’s a guarded visitation area full of the undead much like a graveyard without graves.

Stunning cinematography added much needed life to “A Plague so Pleasant” which settles into an already over saturated zombie genre. Starting in black and white, Clay introduces his life in a offscreen monologue, conveying much of the post-apocalyptic and zombie information. The black and white symbolizes how simple and plain life has become with the living with zombies regulations. When Clay breaks the law by offing Gerry for good, thats when the movie turns to color and creating complications in a black and white life. The once unvarying and shuffling zombie nuisance goes into full berserk mode with “28 Days Later” sprinters thirsty to tear into anything with a heart beat. Only when the zombies turn calm is when life goes back to being black and white, considering the option that normality needs to be simplified to live peacefully. 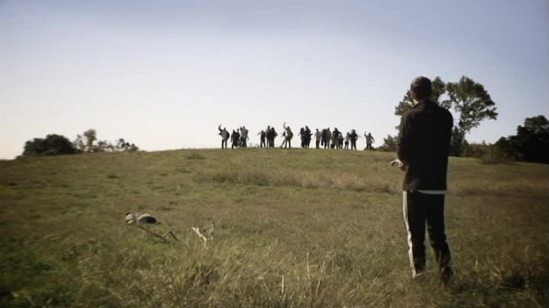 The special effects by first timer Tyler Carver are a great effort clashing together a classic European Giannetto De Rossi style with Carver’s own settle flair by not being overly gruesome. There’s not an over-the-top, chart-topping special effects moment that defines the “A Plague so Pleasant,’ but there the solid effects subtly throughout satisfies. The zombies overall look are the usual stock type, yet they’re exhilarating to watch with an army of intense actors who are no doubt from the Athens, GA Halloween attraction named Zombie Farm where Tyler Carver has a connection. Not everything about the creation of a frightening zombie was accomplished as much of the audio tracks were out of sync and just too gaudy. 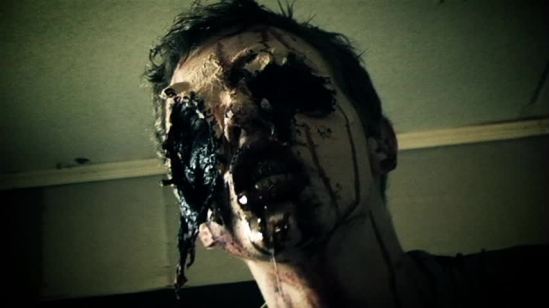 Actor David Chandler as Clay does a fine job portraying a bored survivor and a clueless big brother while also performing the second zombie swarm nearly without speaking during the entire engagement. Mia, played by Eva Boehnke, resembles the gorgeous Lebanese-American porn star actress Mia Khalfia with her giant nerdy glasses. Boehnke creates a free spirited, yet delusional, persona in Mia whose holding onto the past and coping the only way she knows how and that’s by not separating from her undead boyfriend Gerry. We round out the cast with Todd played by Maxwell Moody. Todd becomes the catalyst of the coming events by placing the idea of him and Mia being a couple and putting a bullet into Gerry’s rotting brain. Chandler, Boehnke, and Moody on paper are amateur actors in an estimated $1,500 budget, independent movie, but they own their performances and shine through budgetary constraints.

Another awesome release from Wild Eye releasing that would make a worthy and unique edition to a zombie fanatic’s movie collection. Don’t judge to harsh the production value with the slight aliasing, the out of sync zombie audio tracks, and the muffled off screen Clay character monologue. Instead, focus on the cinematography, the actors performances, and the genuine story telling of a socially awkward scenario. Let “A Plague so Pleasant” infect, let it sink it’s teeth deep, and let it help turn your undying attention unto a lively concept.