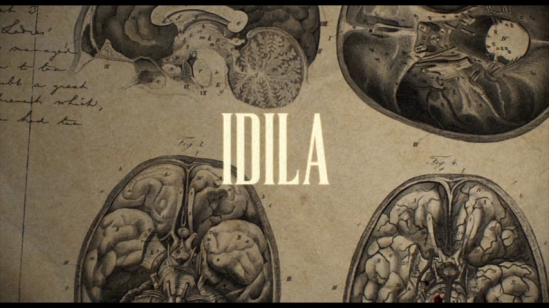 Cynically unimpressed Zina agrees to partake in a friend’s nature photo shoot with idyllic mountains and forest splayed in the backdrop. Soon as the shoot begins, two disfigured and armed mountain men abruptly interrupt the foursomes’ serene surroundings, kidnapping the city folk by brute force, and holding them hostage in the basement of a ramshackle distillery. Confused and scared, Zina takes action, fighting back for her life against a family of hillbillies yearning to mix their victims’ organic essences into a fine, smooth-tasting, down-the-hatch liquor that recently become popular in the region.

Horror has finally found a home in Slovenia with Slavic writer-director Tomaz Gorkic’s freshman feature, the whimsically titled film known as “Killbillies! ” Alternatively known also as “Idila” originally and “Idyll” world-wide, the hillbilly survival horror-thriller is an unique feature in it’s own right, being the first horror film to be produced out of the European nation bordered by Italy, Austria, and Hungary. “Killbillies” savagely pits the entitlement of urbanity against the underprivileged and judged rural community who will kill for what they desire in an intense tale plastered with unforgiving violence and human rancidity. Gorkic’s film rivals America’s “Wrong Turn” series containing murderous, inbred mountain people and sets the foundational work for a potential “Killbillies” franchise to put Slovenia on the map and instead of rehashing the cannibal market, “Killbillies” can go out on a tangent by turning terrified victims’ brains in a tasty homemade brew.

Gorkic decisively also lays the solid groundwork of separating the two classes of characters with the beautiful and sensible urbanites in the models, the photographer, and the apathetic assistant, and the deformed and unhinged states of the no nonsense hillbillies played convincingly, and terrifyingly enough, by the bear-framed Lotos Sparovec and the gangly Jurij Drevensek inside the detailed workings of some gnarly prosthetics to sell the hillbillies from hell. The ugly twosome seek to extract their moonshining secret ingredients from a tough Zina, a role executed well by Nina Ivanisin, a prissy up-and-coming model Mia, played by Nika Rozman, a quiet photographer named Blitcz in Sebastian Cavazza, and a middle aged hair, makeup, and wardrobe assistant named Dragica given to Manca Ogorevc. Each role tackles a unique persona that’s vital to their characters’ survival and Gorkic writes clearly the characters’ purpose in how they interact when pressured upon.

While the visually visceral “Killbillies” requires a minor tweak here and there to only fine tune upon character development and to be slightly more forthright into the intriguing backstory with the liquor and even with Zina’s life struggling puzzlements, Gorkic ultimately captures the bones and soul that genetically makes up that mechanisms of bona fide horror as when the hillbilly duo proceeds through the extraction process with one of the victims, a montage of scenes, sold with composer Davor Herceg’s romantic gothic score, delivers a living, breathing machine of unspeakable mad science without ever divulging a word, without ever being gratuitously gory, and without ever being overly or explicitly taboo. The gore is just enough to sate with head bashings, decapitations, and even a “Walking Dead,” Negan style overkill with a very large, very nasty axe. 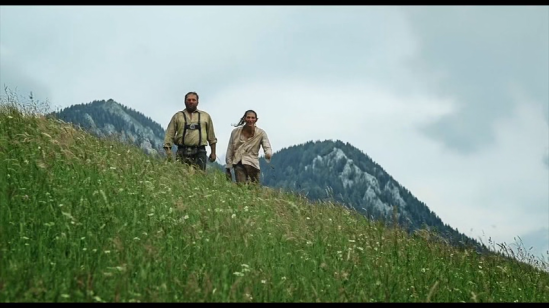 “Killbillies” is the latest brazen DVD release from Artspolitation Films and the release is presented not rated in a widescreen 1.85:1 aspect ratio that gorgeously and cleanly contrasts the beauty of the trees, mountains, and blue skies with the vicious ugliness that quickly grounds you back to reality in an epic struggle of life and death. Aside from a simple static menu, chapter selection, original trailer, and an option for English subtitles and English SDH subtitles are only available. Raw and acute, “Killbillies” fears nothing by dipping it’s bloody Slovenian toes into the horror pool for the first time and able to tread water for the full length of the story that ultimately becomes a deadly cat-and-mouse game. 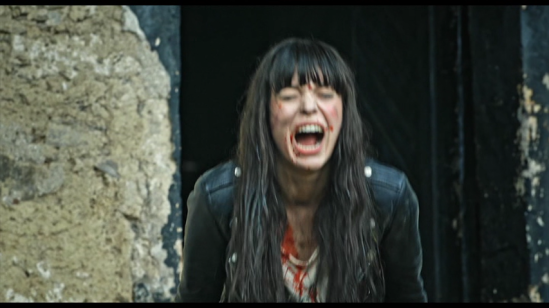 Get your Killbillies on DVD and streaming video at Amazon!

One response to “The Mountains are Filled with Evil! “Killbillies” review!”