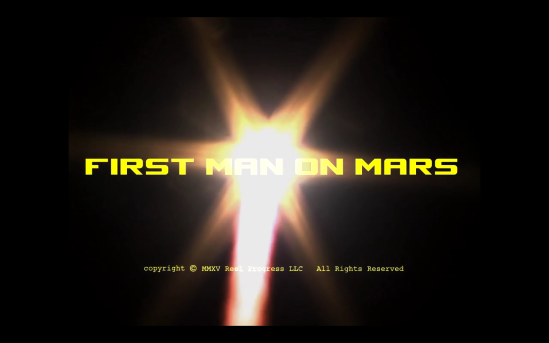 The Cologne Space Labs launch their project billionaire sponsor and gold-greedy astronaut Eli Cologne into a two-year journey in hopes for a beneficial Mars expedition. Cologne, being the first man on the red planet, encounters a shiny gold-like object that infects him with a foreign organism. As mission control rashly make the decisive decision to abort the expedition and leave Cologne stranded on the wasteland that is Mars, the brazen astronaut plans not to die on the alien planet, fleeting back to the return module, and blasting off back into space where he becomes lost for one year until his return module crash lands on Earth under the massive cloak of Hurricane Katrina. His human form ceases to exists, transformed into a flesh feasting, hideous extraterrestrial in a space suit who wreaks havoc and terror for years in a podunk Louisiana bayou where the nearby local Sheriff, Dick Ruffman, attempts to save from ultimate destruction. 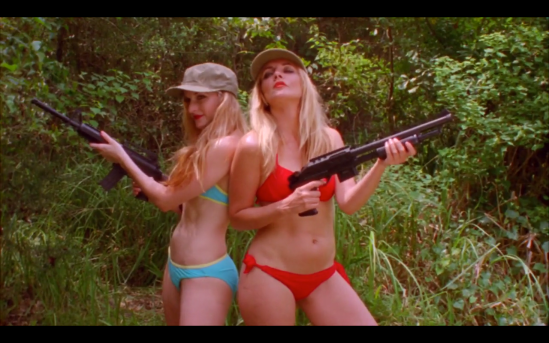 When Tempe Video and TomCat Releasing dropped the news of “First Man on Mars” feature on my e-doorstep in a Tempe Video press release, something very deep in the cavernous, unholy part of me wanted to screen the film’s trailer. After witnessing a primo homage of super-8 b-horror schlock, I immediately brought my finger tips to my laptop’s keys and typed ferociously, requesting a press coverage copy for a film that had me instantly reminisce of “Lobster Man of Mars,” a 1989 sci-fi comedy directed by Stanley Sheff. As weeks passed, no response of my request was returned from the distributor. However, when the film’s director Mike T. Lyddon, an experienced independent filmmaker with more than two decades worth of low-budget films under his belt, e-mails Its Bloggin’ Evil and wonders if the site could review his latest project, a satirical sci-fi comedy, by forwarding over a screener link, I gladly jumped at the opportunity and, low and behold, I wasn’t disappointed when the end credits started to roll! 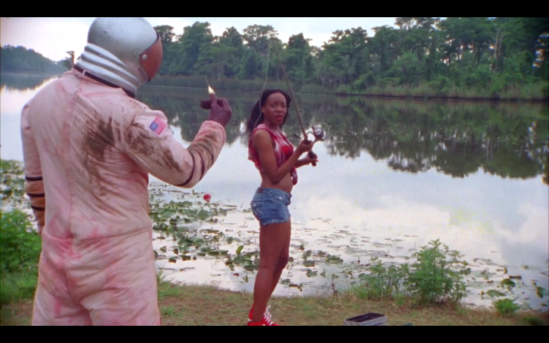 Under a massive umbrella of pop cultural science fiction references, “First Man on Mars” oversteps many plot conventions, exaggerating to the fullest extent a simple story of one man’s plight of an unquenchable desire for shiny gold that literally consumes him and, consequently, consumes others surrounding him in a cauldron of cannibalistic campiness. Even though the lesser part of Benjamin Wood’s dual role shows his mug as a friendly bar patron, his Eli Cologne performance never shows character face beyond the golden shield of his space helmet or before his pre-gruesome transformation into a hideous, razor-teethed, otherworldly beast, providing anonymity to an important character much similar to that of the character V in “V for Vendetta,” if you don’t consider the stock footage prior to the film’s title. Okay, so I might be comparing caviar to spam, but nonetheless, Lyddon uses comedy and a jerry-built space suit to create an ambiguity villainous character. 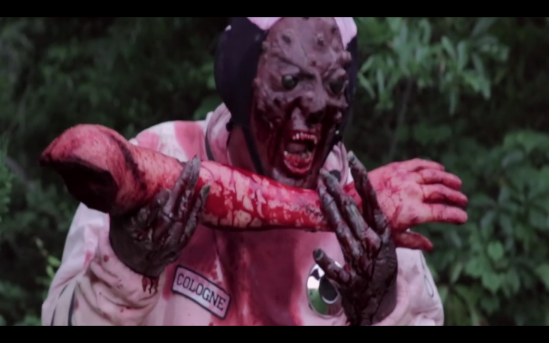 Trust me, “First Man on Mars” is not at all serious as the feature is comprised of zany rednecks, birdbrain scientists, and gratuitous violent hilarity garnished with suitably colorful dialogue that can be funny while being extremely crude, can be smart in it’s admiration, and can be juvenile with bathroom-riddled humor where appropriately scened. Every actor executes the swallowing of pride process to extend verbal and physical indirect comedy that purely goes hand-in-hand with this sort of satirical storyline constructed from the certifiable portions of Mike Lyddon’s brain that might or might not be sizzling on an illegal and dangerous narcotic. Gavin Ferrara, Kirk Jordan, Marcelle Shaneyfelt, Roy “Rusty” Jackson, Jr., Kelly Murtagh, Joey Harmon, Sam Cobean, and Tresslar Burton round out the comically darling cast. 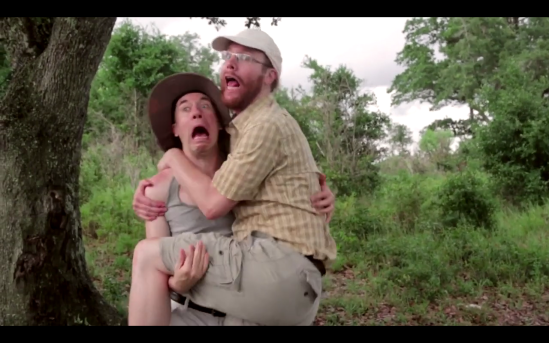 “First Man on Mars” is an absurd blast from low-budget director Mike Lyddon and his team of willing actor and crew participants, putting everything on the proverbial line to make this ambitious project first and put their seemingly absent shame second. The TomCat Releasing was presented to me as a screener link, therefore I can’t officially review the audio and video quality nor any bonus features that might have accompanied the release, but as a soft judgment, the 16mm stock that “First Man on Mars” is shot on revels in the hokey dialogue, the substantial monster violence, and the utter gore as a remembrance of the once larger than life creature feature movies from the drive-in theater era.

3 responses to “There’s Astronomical Evil in Them Mountains of Mars! “First Man on Mars” review!”