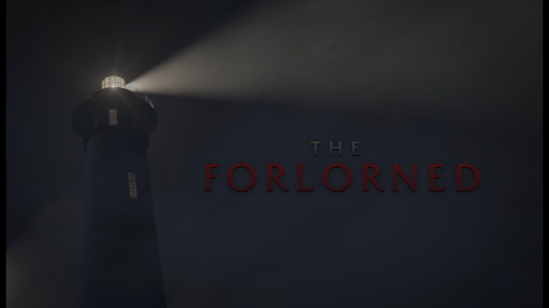 Just off the rough stormy shores of Nova Scotia is a remote island where American Tom Doherty becomes the newly hired lighthouse caretaker in search for good money. Already overwhelmingly cloaked with the lighthouse’s creepy adjacent housing and being forewarned by the island’s infamous legends, an isolated Tom experiences the abilities of dark force first hand and doesn’t know whether the forces are real or madness has swallowed him from the extreme isolation. As Tom continues the work, he discovers clues along the way that suggest the island holds a nefarious past involving murder, suicide, and cannibalism, but an old bible with a list of names is the key that has the potential to unlock all the island’s mysterious doors and can also be Tom’s unfortunate undoing if he maintains being the lighthouse caretaker. 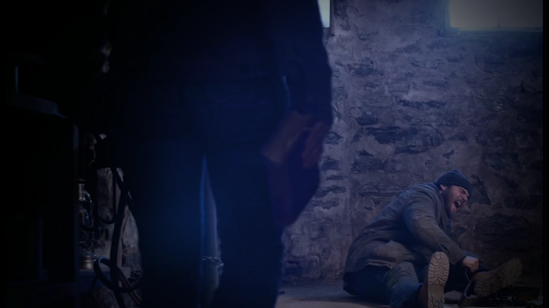 Based off the Angela Townsend book with the same title, “The Forlorned” is the 2017 silver screen adaptation of Townsend’s mystery-thriller from “Dead Noon” director Andrew Wiest who has helmed a jolting, supernaturally visual and auditory accompaniment to Townsend’s literary work. To maintain authenticity, Townsend co-wrote a script alongside Wiest and Ryan Reed that’s riddle with an ill-omened story leading audiences down a path of insanity-ladened darkness. But what exactly is “The Forlorned?” Forlorn has two definitions: 1) pitifully sad and abandoned or lonely 2) unlikely to succeed; hopelessness. Either of the disparaging definitions, if not both, can be used to described “The Forlorned’s” eerily gloomy story that’s saturated in a motif of burdensome loneliness and relentlessly bashes the concept into our heads in a constant reminder that no one can ever escape the island even in postmortem. The character Tom is the very definition of the forlorned. Whether because of due diligence or a dark force, his role of caretaker is a permanent position allotted to him unwillingly by a sadistic, secret-keeping demon that seeks to swallow more unfortunate souls. 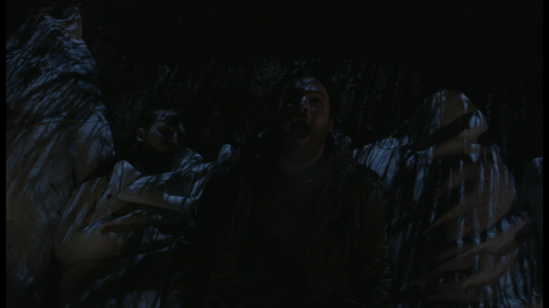 Colton Christensen inarguably shapes the role of Tom Doherty into his own with a solid solitary performance for more than half the film. Christensen also, for much of the last ten minutes of the story, had to systematically break away from his character in order to forge a combative persona to Tom and while Christensen does the job well for one character, shouldering a second didn’t suite the actor’s abilities despite a total embrace of character and a few jabs at his own humility. Wiest has worked with Christensen prior to “The Forlorned” and has seemed to continue the trend of using his own entourage of actors with the casting of Elizabeth Mouton (also from “Dead Noon”). Mouton’s character is briefly mentioned near the beginning as a little girl of a previous caretaker, but her adult version only makes the scene in the latter portion of the story to provide a better clarification and exposition into the demon’s background. Also serving exposition as story bookends and peppered through as emotional support is Cory Dangerfield’s “Murphy,” a sea-salty old bar owner who liaisons with the lighthouse committee and can make a mean clam chowder. Murphy hires Tom to do the restoration and caretaker work and while Murphy initiates Tom existence into the fold, Murphy, for the rest of the film, serves as slight comic relief and, in a bit of disappointment, an unfortunate waste of a character. I also wanted Benjamin Gray, Shawn Nottingham’s priest character, to be built upon and expanded more because the character is a key portion that, in the end, felt rushed with quick, messy brush strokes in order to finish painting the picture. 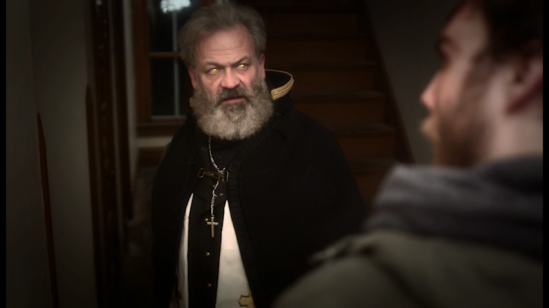 At first glance, Townsend, Wiest, and Reed’s script screens like a typical, if not slightly above par level, haunting where Tom encounters sportive spirits, ghastly visions, and a slew of ominous noises inside a time-honored lighthouse home, but then a twist is written into play, pitting Tom against a masterminding demon whose conquered many other bygone caretakers and whose the epicenter of all that is sinisterly wrong with the island. The demon, who has taken the form of a man hungry hog, lives only vicariously through the camera’s point of view, never bestowing an appearance upon to Tom or even the audience, but referenced numerous times by island locals and boisterously given hog attributes whenever the demon is near. The concept fascinates with this demon-hog thing kept stowed away deep inside the isle’s bedrock even if the dark entity never makes a materializing appearance, but where that aspect thrives in “The Forlorned,” a pancake thin backstory for the demon goes simply construed with a slapped together account of its languished two-century long past and wilts the demonic character wastefully down with backdropped uncertainly, powerlessness, and puzzlement that’s forlornly misfired. There’s no deal with the devil, no selling of the soul, no medieval rite that gives the demon-hog it’s power; it just turns into an evil spirit out of greed. 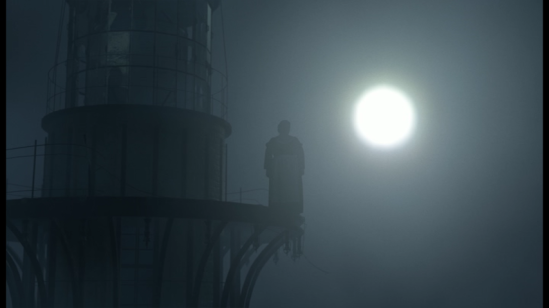 Andrew Wiest’s production company, Good Outlaw Studios, presents “The Forlorned” that found a distribution home in Midnight Releasing, the fine folks who released “Blood Punch” and “WTF!” “The Forlorned” is available on DVD and multiple VOD formats such as iTunes, Vimeo, Vudu, Xbox Video, and Google Play. Since a screener was used for this critique, a full review rundown of the technical specs will not be provided and no bonus materials were featured on the disc. Director Andrew Wiest and his cast and crew entourage are able bodied participants in assembling a good, entertaining, and sufficient indie mystery-thriller brought to fruition out of Angela Townsend’s story with the author’s pen ship assistance. With a little tweak here and there on the antagonistic demon-hog, “The Forlorned” might have necessarily escalated into a richly dark territory of a more volatile, blood thirsty spirit that’s scribed to have racked up body after body, century after century; however, the fleeting chronicle of how the demon-hog came to be a malevolent being leaves a bittersweet aftertaste on a premise that started out spooky and strong.

Available on DVD at Amazon.com!