On the campus of Williamsburg University in 2006, a popular fraternity house holds an upscale house party, filled with the most beautiful students dressed in formal wear, liquored with martinis and gin and tonics, and customized to fit the luxurious lifestyle the men of fraternal brotherhood. When the fraternity president Christian Roane conducts a round around to greet guests, he catches glimpse of Sarah Stein, a coed being a good sport by giving into her friends’ urges to party greek. Christian’s unhealthy obsession with Sarah starts innocent enough, but when Sarah doesn’t take that step toward sharing the same affection, Christian’s control goes into self destruction that not only threatens Sarah, but also threatens to unearth the true and ghastly nature of the brotherhood and the brothers aim to lockdown their secret by any means necessary. 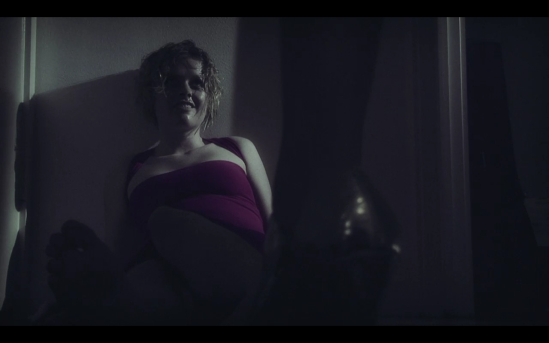 “Somebody’s Darling” is the 2016, independent drama horror from the multi-faceted filmmaker, writer-director Sharad Kant Patel, churned out from a story by Sebastian Mathews. In his directorial debut, Patel, known more for his short film work, heedfully courses through detail and treads lightly on the coattails of a sensitive social issue. His film skirts on the subject of rape culture in the American college and university setting while also touching upon sexuality complexities and severe anguish in today’s youth. Basically, “Somebody’s Darling” is a higher education dissertation on the experiences of collegiate life with a horror twist and all the along the way, Patel slowly paints Christian and his brotherhood onto a canvas of ambivalent malevolence by deconstructing Christian to quickly reconstruct him in a ravaging roundabout. Patel throughout leaves a bread crumb trail of clues that don’t make sense at first, that might lead to other conclusions, and that doesn’t explicitly genre “Somebody’s Darling” as a horror. 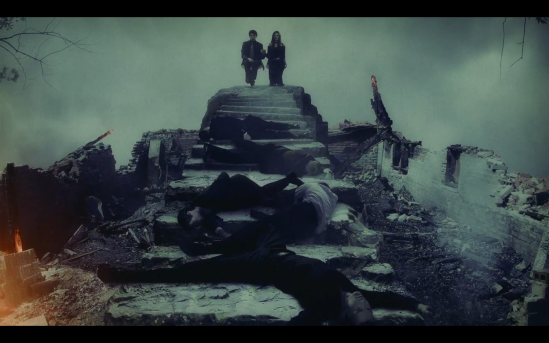 Christian is the film’s central focus and with a dark and brooding character, a dark and brooding soul must ride parallel and Paul Galvan intently delivers a cryptic persona. Peppered erratic is Christian obsession Sarah Stein, a run-of-the-mill coed playing darlingly enough by Jessa Settle. Then there’s the brotherhood, whom are begrudgingly split on how to action Christian’s off course fixation, consisting of a youthful lineup of white, stuck-up preppy frat boys with an actor list to match including Fred Parker Jr., “Spirit Camp’s” Matt Tramel, and Mike Kiely. Sarah also has an entourage but not as prominent and, to be honest, the brotherhood weren’t just a hair more involved, but Kristen Tucker and Cathy Baron (“The Lights”), who play Madison and Riley, hit the stereotypical college coed right on the head as the two look to score big when scouring their hot boy wardrobe and provide unnatural sexual banter toward their goody-two-shoes friend, Sarah.

“Somebody’s Darling’s” independent genetic makeup doesn’t hide under a flashy production, but presuming an indie dramatic horror that’s more bark than bite isn’t worth wild should is the incorrect assumption as the climatic end will be attention catching. Granted, the dialogue’s overdrawn breathiness can bog down a regular popcorn viewer and turn away heads that have a disdain for immense screenplay scripture, but to comprehend the whole story and to become invested in the characters, being a viewer from start to finish won’t go in vain. Patel personal investemnt extends to much more than spitfire directions and scribing with a hand in producing, composing, editor, and digital effects with the latter being used sparsely to convey the Christian’s internal aspirations and quondam self. When effects do come into the real word, a practical, lifelike approach is taken and that intensifies the horror tenfold. 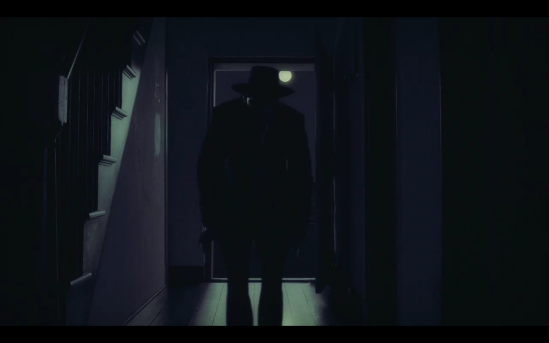 Distribber released Sharad Kant Patel’s “Somebody’s Darling” onto various streaming platforms such as iTunes, Amazon, Google Play, and Vudu on December 1st. I was provided a screener disc and can’t focus on or comment too much on the details of image or sound quality, but the disc did provide bonus material including the making of the score and behind-the-scenes in creating the dream sequence. Sharad Kant Patel’s “Somebody’s Darling” has an edgy appeal that draws you in like an unsuspecting moth to an alluring light and then zaps a fatal shock right into the nervous system as soon as the undertones are evidently a metaphor for something far more sinister.