Jessica is a caretaker for a wildlife sanctuary located in the Australian outback. Her day-to-day challenges consist of refilling drinking water trowels in the midst of the heat and herding wandering animals away from a treacherous sinkhole with the help of faithful sheep dog, but Jessica’s way of life, and the lives of the sanctuary animals, becomes threated by three maniacal game poachers. Behind the wheel of a menacing modified truck, the poachers toy with the young woman: slaughtering the protected inhabited animals, destroying structures in her compound, and playing psychological games to mentally and physically break her will. When enough is enough, Jessica, whose nearly lost all that she has, decides to fight back against the well-armed and aggressive hunters that take their dangerous, back-and-forth game to a whole new life and death level.

Mario Andreacchio’s exploitation gem “Fair Game” makes a grand Blu-ray debut onto Umbrella Entertainment’s Ozploitation Classics collection line. Penned by screenwriter Rob George and headlined by the Brisbane beauty Cassandra Delaney, “Fair Game” is a lavishly brutal film about one isolated woman’s plight to righteously defend what’s hers at any cost against a blitzkrieg of assaults from three nasty, but very different, personalities. What’s utterly fantastic about Andreacchio’s film is the cinematography from the late “The Lord of the Rings: The Fellowship of the Ring” Oscar winner Andrew Lesnie. Lesnie, who worked on “Dark Age” that was also released on Blu-ray by Umbrella Entertainment, had a knack for vast landscapes and the director of photography made the already arid outback seem physically monstrous, especially during long shots of Cassandra Delaney running for her life through rocky, dusty terrain. There’s a stark contrast between his day approach and his night scenes that air a soft blue and white glow on the backdrop horizon, a familiar motif typically showcased in horror films, that immensely deepens the chase and stylizes the visual ambiance. 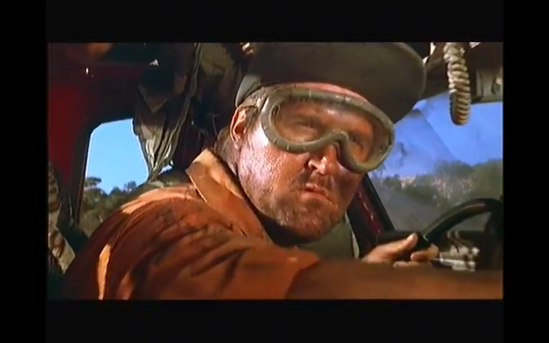 Cassandra Delaney stars as sanctuary overseer Jessica. The demanding role pits Delaney against the terrain elements as well as the three poachers in David Sanford, Garry Who, and Peter Ford as Sunny the trio’s relentless leader. Whereas Jessica’s as pure as they come, being an animal savior and contributor to the community with Delaney selling that to the fullest extent even when she’s pissed off and being a stoic like Sarah Connor, the antagonist are about as rotten as festering, worm-riddled apple with each actor portraying a very different type of character. David Sanford’s Ringo is an acrobatic young man with a punk rock look and attitude overlaying his athletic tone, marking him the versatile go-getter. Garry Who’s Sparks is a potbelly grease monkey and as the lone designated pit crew of his posse, Who enables the slightest probably of being the most sensible of the three thugs but still meager and mean when pushed by Ringo and Sunny. Sunny denotes himself the pit boss, an elite outback tracker with narcissistic tendencies in believing he’s invincible, and Ford’s hard nose and stern take on Sunny is pinpoint precision at it’s deadliest. 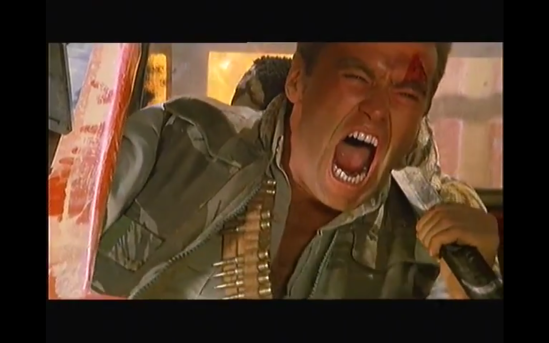 To be all fair about “Fair Game” reasonability, the big question that surfaces after viewing the film is who is the most certifiable between Jessica and Sunny’s gang of hoodlums. The answer to that riddle is ultimately Jessica. Though that might seem like a radical answer, Jessica is, by far, the craziest person with a severe death wish. Whenever Jessica retaliates against the poachers, the three inevitably response with something much worse. Here are some examples: Jessica dumps flour onto Ringo’s face and slaps a vegetarian bumper sticker on their truck that causes the ruffians to quietly invade her compound and take pictures of her while she sleeps naked, Jessica causes a small avalanche to temporarily trap them in a small cave and Sunny’s hoodlums respond by shooting her horse dead, and Jessica welds their assault rifles together in a heap of twisted metal and the poachers tie her half naked body to the hood of their truck and drive around until she passes out. The spat between them overwhelming seemed one sided, as Sunny as his hounds play with their live food before biting down hard to snap it’s neck, but made for kickass exploitation that echos genre classics such as “I Spit On Your Grave.”

Umbrella Entertainment releases 1986’s “Fair Game” onto high definition, 1080p Blu-ray with an all new transfer from a newly restored 2k master. Presented with a widescreen aspect ratio of 1.85:1, the transfer looks impeccable. The palette coloring isn’t vivid, but not surprising since the film is set in the arid outback with nothing but brown on top of brown or yellow on top of brown; however skin tones and the fine details are evidently splendid in Andrew Lesnie’s mise-en-scenes. There’s expected noise through out with some minor vertical scratches, especially earlier in some day time sequences and in the longer shots, but the restored transfer bares a cleaner and fresher take on the 30 year old plus film. The English 2.0 DTS-HD Master Audio track is a lossless transfer that reinvigorates the menacing aspects of the back-and-forth contest, an example would be the monster-like, if not personified, truck that rumbles and roars when trekking and chasing across the outback. Also enhance is the soundtrack that’s a concussed epiphany of acute and rough synthesized and blunt off key tones and melodies meshed together to form a mesmerizing score from composer Ashley Irwin. The release also contains a slew of special features including audio commentary by director Mario Andreacchio and screenwriter Rob George, an extended interview with Cassandra Delaney, a segment about “Fair Game’s” set location, A couple of local TV spots from 1985, a behind the scenes with Dean Bennett, the theatrical trailer, image gallery of still scenes and rare production and promotional materials, an animated storyboard, and five of Mario Andreachio’s short films. Whew. Talk about your full loaded package. “Fair Game” is the epitome of ozploitation with lucrative degenerate characters and a fair amount of gratuitous nudity that goes without being overly sleazy and downright violent like most collaborators in the subgenre. Packed with vicious machinery and a wicked sense of mind games, “Fair Game,” hands down, one of the best in the world of Australian cult cinema.