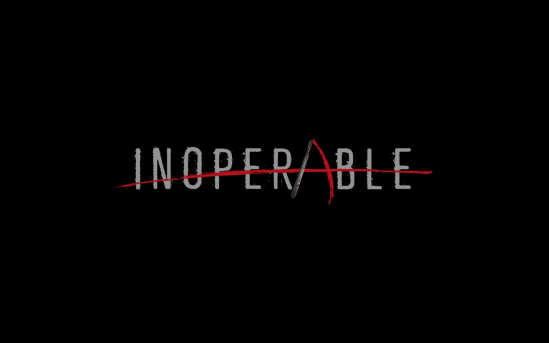 From being stuck in stand still Floridian hurricane traffic to waking up in a hospital without any recollection of how she got there, Amy Barrett finds herself in a seemingly evacuated sanitarium on the verge of being hit by a category 5 hurricane. When she finally makes contact with the limited hospital staff, Amy discovers that the staff are not in the position to help, but desire to perform unnecessary surgeries. Then, she finds herself in traffic again. Then, she wakes up in hospital…again. Amy, and other patients, find themselves trapped in a nightmare loop forged by the powers of the massive hurricane. Before the storm passes over, Amy must find a way to end the corkscrew of timelines that propel her limbo hell or else she will be trapped in the hospital forever. 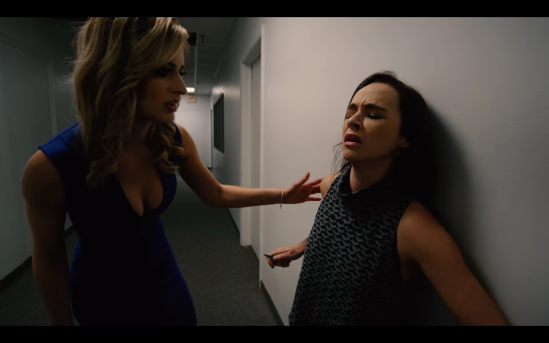 To the O.R. stat! From writer-director Christopher Lawrence Chapman comes “Inoperable,” the horror equivalent to Bill Murray’s exceptional dark comedy “Groundhog Day.” As Chapman’s sophomore directorial, first in the realm of horror, the director takes “Inoperable” to rebrand the quantum paradoxical plight by introducing a medical butchers with hours upon hours, days upon days, years upon years of experience with exploratory surgery and ghastly invasion procedures. Behind the wormhole of terror script with Chapman is co-writer, the b-horror screenwriter, Jeff Miller whose extensive credits include “Axe Giant: The Wrath of Paul Bunyan” and “Jolly Roger: Massacre at Cutter’s Cove.” In this go-around, Miller explores the space-time-continuum, or does he, with Amy reliving the same moment, experienced slightly differently, in an endless loop of grisliness. 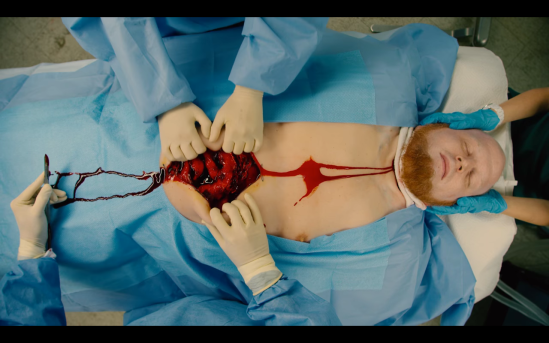 Starring in “Inoperable” is the “Halloween’s” franchise third favorite star, behind Jamie Lee Curtis and Donald Pleseance, being Danielle Harris (“Halloween 4,” “Halloween 5,” and Rob Zombie’s “Halloween” remakes). Harris keeps and maintains the tension, supplementing an increasing annoying and frustrating tone with each and every reset, and does superbly in extended takes running through the hospital’s dark corridors. Amy’s center storied character really puts Harris to work on her ability to flex in sequentially illogical scenes that go in various tangents and come to a dead halt in the end, flipping the script that forces the modern day scream queen to relive some of those killer “Halloween” moments. Harris is accompanied by Katie Keene and Jeff Denton, both whom worked with Chapman previously on the clownsploitation slasher “ClownTown.” Keene and Denton’s characters are also caught up in the same situation as a Denton plays a beefy good looking cop named Ryan who brings in a witness, Keene’s JenArdsen, a dolled up blonde who while in his custody, to the hospital following a multi-vehicle pile up; the very exact incident Amy in which Amy was involved. The two fall for each other more and more with each and every restart and that pain coldly passes over when to bare witness to each other’s demise over and over again is disturbingly twisted. Rounding out the cast is Chris Hahn “Axe Giant: The Wrath of Paul Bunyan”), Cher Hubsher (“The Amityville Terror”), Michelle Marin (“Bloody 27”), Philip Schene, and Crystal Cordero. 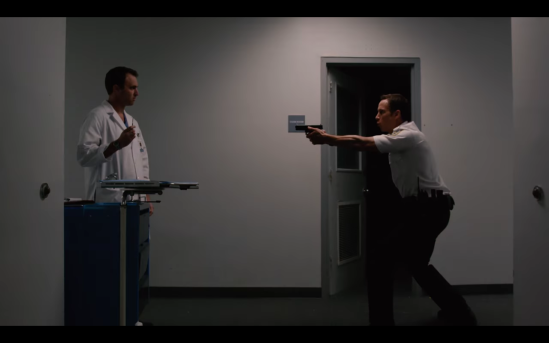 The trio of resetters formulate a wildly speculated theory that a nearby military compound, experimenting in spatial physics, was ravaged by the hurricane that oozed out their experiments that disrupted timelines, affecting this particular hospital, and the only way to escape the madness is by displacing the same energy that was put into it; so for example, since Ryan and JenArdsen arrived together, they would have to escape together. As long as Amy doesn’t die, every trapped soul is eligible for escape. Wait, what? Like aforementioned, Amy is the centerpiece to the puzzle and the whole entire situation actually revolves around Amy, intentional or not. Even though clues try to put a monkey wrench in that notion, the story always seems to revert back to Amy much like the loop she’s caught in. That in itself is the biggest hint of all that funnels to a underwhelming ending in null and voids the rest of the story. 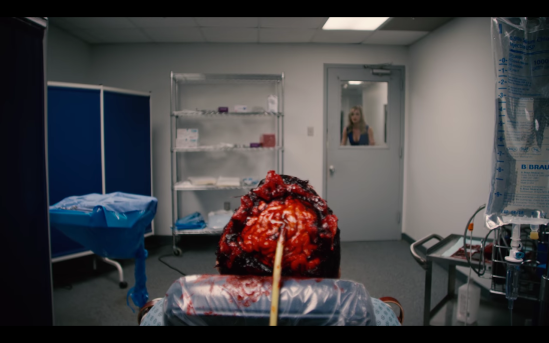 ITN Distribution presents “Inoperable” onto DVD and VOD. The DVD is presented in a widescreen to “preserve the aspect ratio of its original exhibition” and, yes, this was done so. Nothing too particularly to note about the image quality being a modern release, but the color palette is balanced and vivid. The English language 5.1 Dolby Digital track has some good range and clear dialogue that effective communicate all theories and explanations on why this is happen to Amy, Ryan, and JenArdsen. Extras are slim that include a cast and crew commentary and the theatrical trailer. The Zorya Films and Millman Productions’ “Inoperable” is open heart surgery gory and is unique in a deadfall environment that’s sublimely refreshing for the over saturated genre, but culminates flaccidly with a conventional finale too predictable for comfort.