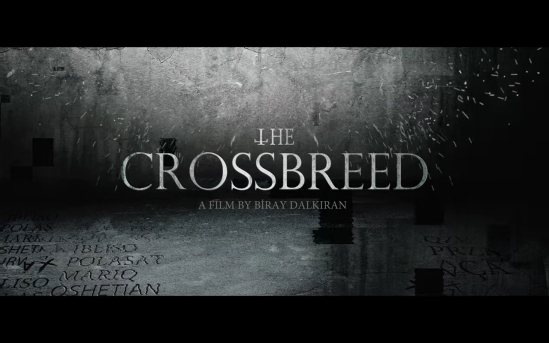 Journalists, and lovers, Amy and John are assigned to scope out a potential story about Earth’s first evil feminine. Before Eve was made from the rib of Adam and who was born from the soil, Lilith lived upon the Earth before being exiled as a demoness and the reporters search to hunt down the legends of her spawn, the Crossbreeds. Crossbreeds start out as twins in the mother’s womb, but only one can be born while the other whither and dies and the birthed child will either be good or evil. The folklores recently stem from an small, isolated village now made popular by Lilith’s ghastly tales, drawing the attention of tourists, acolytes, and the religious groups. The atheistic John shares his distaste for other’s devout beliefs and thinks the village is a scam attempting to lure money out of faith blinded followers, but Amy, a Catholic, feels it differently as she’s drawn to the village by indiscernible brief visions of the past. There’s also the fact that she just aborted her and John’s 14-week unborn twins without informing him of the radical decision, but the guilt burdens her immensely, and when she’s in the loins of the village, a wicked presence washes over her and enlightening her that the Devil’s spawn will soon be born and purge all of Adam and Eve’s kindred children, paving the path for the children of Hell to rule the Earth. 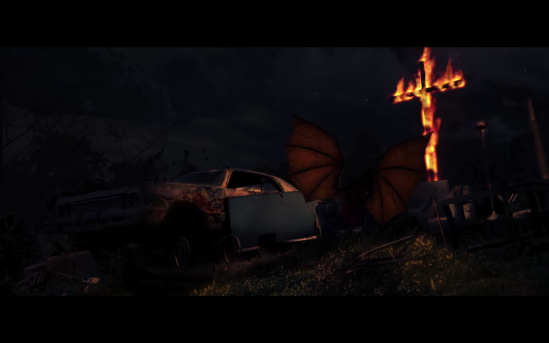 “The Crossbreed” is a 2018 released demonic baby and cult film that’s made in America, but crewed and funded by Turkish nationals including Biray Dalkiran, the film’s writer-director. Co-written with Safak Güçlü, Dalkiran, who has been credited into developing original horror films in Turkey, has extended even further the Turkey horror movement that’s now spilling into the States with his upcoming release distributed by Breaking Glass Pictures. The “Cennet” (“Heaven”) and “Cehennem 3D” director gets biblical with his spin on Jewish mysticism in the tale of Lilith by putting definitive, loyal, and deceitful acolytes around Adam’s first, and most fiendish, wife created by God from the same dirt as Adam and these followers seek to summon the devil through the love child of two of Lilith’s crossbreed children. Sounds interesting, right? Biray Dalkiran might have brought horror to Turkey, but in the States, the director is a single cell trying to make a statement in a melting pot of an overcrowded horror cinema organism. 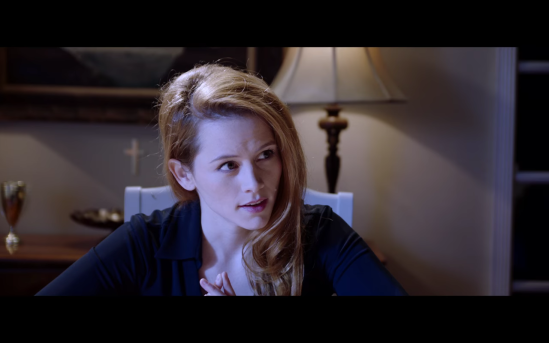 Angela Durazo stars as Amy, the surrogate mother to Satan, and this is Durazo’s sophomore film, but her debut in a lead of a feature film. As a leading lady, the Nevada born former catalog model has a lot going for her: talented actresses, stunning beauty, and an overall multifaceted person. She only has one problem, she’s surrounded by an uncharismatic and unskilled American cast that unfortunately dilute her performance. One of the more important cast members is Nathan Schellerup in his first credit role and it shows. Schellerup is terribly unconvincing and stiff that his opposite Amy role of John is utterly, and unintentionally, hilarious whenever anything comes out of his mouth. It’s like trying to watch C-3PO try to act and that’s probably offensive to the gold plated droid. Amy’s friend Rose, played by Katy Benz, felt unnecessarily wasted that’s not entirely Benz’s doing as the character’s written into the story sporadically or referred to in past sequences that were never hinted or shot during linear storytelling. Benz has the dark, brooding features that these horror thrillers are built upon, yet Biray is unable to capitalize on the actress’s memorizing eyes or succulent succubus-like lips to really sell the character as an evil abiding force. Malinda Farrington, Danny Winn, and, Marqus Bobesich, and Lou Cariffe round out the remaining cast. 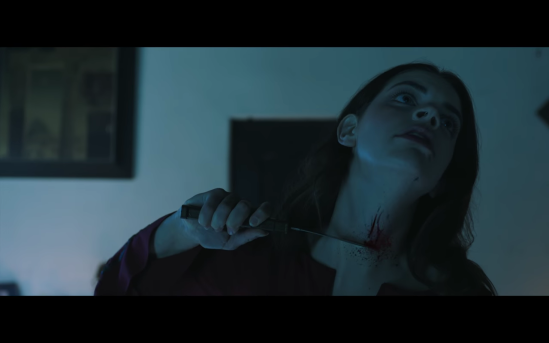 To be blunt, “The Crossbreed” is an unfocused effort by Biray Dalkiran. The concept premise is there, but the execution was sorely blundered in the worst possible way produced by not only the clunky performances, but also with a meandering story that just flounders with underdevelopment, super-cheesy digital effects (i.e. a crawling and crying cinder baby demon), and detrimental or kamikaze editing consisting of electrical interference flashbacks and/or visions complete with a slapped together and tepid soundtrack stuck on an endless loop. The digital manifesting demon crying baby crawling toward characters or the two aborted babies frying in a shallow cooking pan duly note how unintentionally campy “The Crossbreed” can be in Biray’s all too serious devil cult flick that won’t afflict any ounce of terror or suspense. Even the pre-credit opening scene is a detached segment, an island scene, that goes unexplained to pay it credit and feels just another waste of time.

Breaking Glass Pictures presents the BD America and DFGS Production produced “The Crossbreed” onto a not rated DVD. The 85 minute single-sided single-layer DVD9 is presented in a widescreen 16:9 aspect ratio. The image quality varies from night and day sequences, pending on whether Dalkiran’s choice blue tint. The night shots are inarguably blotchy at times, especially on background walls and floors, resulting in less definition. The English Dolby Digital 5.1 surround sound has zest behind it with clear dialogue quality. The soundtrack, though poorly timed and repetitive, maintains an above par level grade. There are times when the dialogue looses fidelity; an example would be during scene with John playing a round of solo darts and the quality notably differs during a phone conversation with another character. Bonus features include a look at Biray Dalkiran’s career in horror, a showreel of Biray Dalkiran’s films, a behind-the-scenes look (sans dialogue) of “The Crossbreed,” and the trailer. Breaking Glass Pictures conventionally pushes the limits with edgy independent filmmaking and “The Crossbreed” is a stray outside their cache that includes a great lineup of shocking gems like “Tick-off Trannies with Knives,” “Hanger,” and “Someone’s Knocking at the Door.” Yet, Dalkiran’s goreless demonic thriller has no bite and is so tame, with minimalistic explicit material, that whenever profanity is used it doesn’t settle well into the film’s biblical-riddle totality.