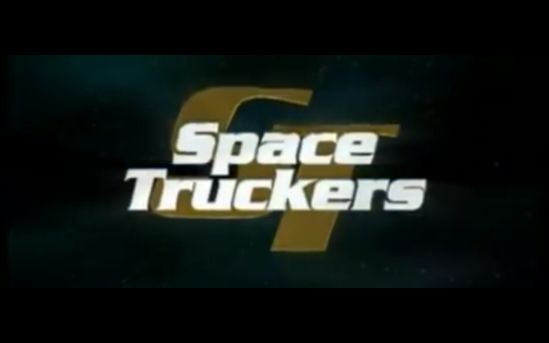 Times are tough. Loads are scarce. For John Canyon, being an independent owner operator space trucker in the year 2196, without the influential assistance of conglomerate sponsors and big corporations, is the last freedom in the last great frontier, but even Canyon needs to earn a living and when a questionable load becomes his only way out of a jam with the authorities, Canyon and his new and young partner, Mike Pucci, snatch the haul bound for Earth. Manifested as carrying sex dolls, Canyon and Pucci become suspicious of their cargo that’s loaded with a fatal self-defense mechanism, but when encountered by space pirates, lead by former company man named Macanudo, the space truckers learn their hauling thousands of virtually unstoppable killer cyborgs programmed to conquer Earth.

In today’s age, a nationwide driver shortage threatens to slow down crucial logistics worldwide. Director Stuart Gordon (“Re-Animator,” “Dagon”) with co-writer Ted Mann had the inverse premonition that trucker cargo would be at a premium in the space; the point A to point B in a timely fashion has not and neither have the negotiations of rate costs and demurrage time in this world-saving adventure entitled “Space Truckers.” In the same science fiction-comedy vein as the similarly colorful Luc Besson’s “The Fifth Element,” “Space Truckers” has that unrefined inviting quality about it, categorized as blue collared heroes, that complete the dynamic character arcs, but what’s more interesting about “Space Truckers,” which was released a year earlier than Bruce Willis film, was that it was constructed on a third of the budget, making the film one of Stuart Gordon’s most expensive and ambitious projects chocked with square pigs in cages, a self-built cyborg with a ripcord sexual organ, and an army of ass-kicking fembots with disintegrated lasers…”Space Truckers” is out of this world fun!

In the realm of Sci-fi comedy or fantasy, one legendary actor has nailed his performance in every flop that’s too big for commercial audiences. From “Waterworld” to the movie adaptation of popular and beloved video game, “Super Mario Bros.,” Dennis Hopper ruled the 1990’s with memorable, fascinating, and engaging overweening characters, especially villains, but Hopper snags John Canyon, a long in the tooth trucker who prefers to work alone. Hopper’s in his element, in control, and in the lead role despite not being top bill; instead, a young Stephen Dorff would be eyed as the one to provide fresh protagonist momentum into the mid-nineties. Dorff’s rather low-key to Hopper’s giant persona and that’s inherit to the character’s written traits, by always complimenting and complying with and whatever John Canyon says, but the soon-to-be “Blade’s” Decon Frost actor has a sturdy performance that’s portly as any trucker can be portrayed and has great repertoire with Debi Mazar as a trucking hub waitress who needs a hitch a ride to Earth. Mazar’s all-natural New York City accent compliments her guido-type character attire and she downplays her beauty with instilling innocents and ramping up the wit when the scene calls for it. “Game of Thrones'” Charles Dance makes an appearance as the space pirate captain Macanudo and Dance has always has a steel complexion, but in “Space Truckers,” he lets his hair down as far as becoming subjected to hours worth of cyberpunk makeup and prosthetics that’s comically outlandish and utterly fleshy. Certainly not a role one would consider the actor who comes complete with a rich British accent and an urbane quality about him to then sport a sparkling fishbowl cranium and a battleship gray half a buttocks. The remaining cast includes George Wendt (“King of the Ants”) and Shane Rimmer (“The Hunger”). 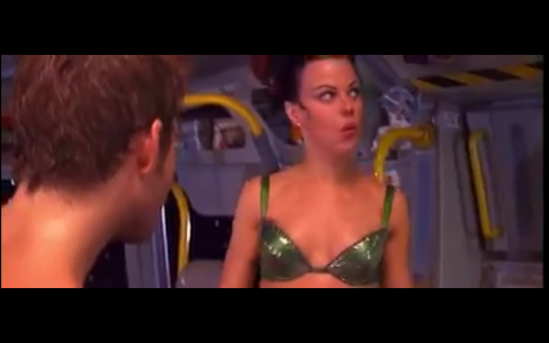 CGI was relatively in the early stages of infancy; yet “Space Truckers” had an astonishingly working blend of computer generated imagery and palpable miniature models that were supported with an integrated futuristic edifice style of production design by Simon Murton, whose speciality is high concept science fiction with illustrative art department experience that includes “Demolition Man,” “Tank Girl,” “Judge Dredd,” and “Stargate.” Murton’s style incorporated with the bright colored visuals of neon flicker marquees, illuminating body parts, and red hot poker red infrareds hues are the very antagonistic views of a cold and dark space, yet Gordon and his crew envisioned characters who sought out color, who wanted nothing to do with the darkness, and that’s what made them colorful and maybe a bit off-kilter. 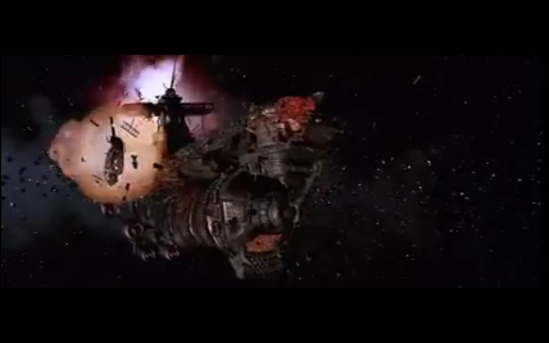 Stuart Gordon’s stellar “Space Truckers” rockets to a region B, 1080p Blu-ray courtesy of UK distributor Second Sight that delivers with a widescreen presentation, 2.35:1 aspect ratio, that has out of this world image quality vividly displaying the massive color palette through a 2K restoration from the 35mm negative. Running at nearly 24 fps, Second Sight’s edition is superior in detail, cleanliness, and balance amongst the coloring and despite being able to see the special effect wires, “Space Truckers” has one of the best restorations I’ve seen lately under the black Blu-ray box laced with new artwork by graphic designer Rich Davies. The English 2.0 LPCM uncompressed stereo track, with optional subtitles, has immense range across the board. From cheesy John Canyon dialogue to the vary of space-kindred ambience, not one track felt short to being muddled or murky. Colin Towns bigrig score is big country cadence that’s emits a well-rounded six pack from the dual channel sound. The robot’s disintegrations amplify a high pitch note that can be a thorn in one’s ear, but adds to the chaotic charm when all hell breaks loose in space. Bonus features include a new interview with Stuart Gordon delving into the film’s beginnings and his recollections with the stars, and a new interview with composer Colin Towns (“Rawhead Rex”), a new interview with Art Director Simon Lamont (“Event Horizon”). “Space Truckers” is 96 minutes of mudflappin’ mayhem strapped with slender models in killer robot suits and Charles Dance’s exhibiting his tin-can half-nakedness in a bizarro world of high concept meets tongue-and-cheek performances of a film that ultimately pits the epitome of the blue collar workforce as the unsung heros of space.