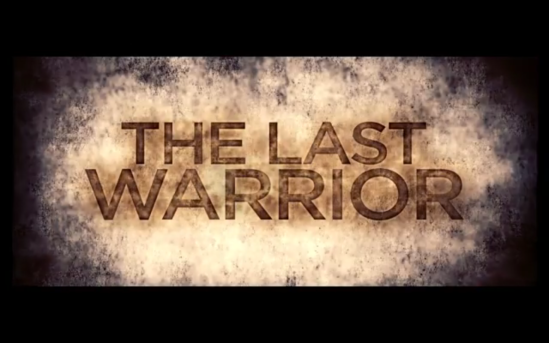 As a respected nobleman and the right hand soldier of his King, the fearless Lyutobor endured the misfortunate event of his wife and newborn son pillaged from his estate by the endangered Scythian assassins known as wolves. The assassins were hired to kidnap the nobleman’s family by an insider in an exchange to overthrow and kill the King to campaign a new leadership, but the King has other plans for his faithful servant; the nobleman has seven days to locate his family and to unearth the dastardly plot against his lord. Using a betrayed and captured young Scythian wolf named Marten as his guide, the pair journey through perilous terrain and murderous adversaries to the secluded Scythian camp. Lyutobor and Marten have to reluctantly rely on each other’s sacred and unwavering oaths and battle experience if they want to survive the cutthroat time where betrayals scathe more deeply and plots thicken.

4Digital Media, through Sony Pictures Home Entertainment, presents “The Last Warrior,” a Russian epic fantasy from writer-director Rustam Mosafir and co-penned by Vadim Golovanov. Also known under the original Russian title as “The Scythian,” Mosafir’s feature is a perpetually violent medieval adventure, packed with action and oxymoronic imagery of a serene Eastern European landscape. Tremendously epic with some serious fight sequences, “The Last Warrior” has sword swinging teeth and long lasting narcotic impressions. Its as if the cold inflicted violence of Mel Gibson had middled and mingled with the surrealism action of “The Wanted’s” Timur Bekmambetov and had a child, that child would be “The Last Warrior, born through cauldron of Russian krov’ i ogon’ (blood and fire).

Aleksey Faddeev patrons his time as the last good solider that is Lyutobor. Faddeev simply acts upon an inextinguishable ferocity that’s flames within Lyutobor, seizing every moment like it’s the actor’s last chance to be the hero. Lyutobor’s a bit of a one dimension character, arching ever so gradually to embracing a clan he’s been taught to hate, but only because they didn’t rape or murder his beloved wife. Faddeev pulled the character off with ease; however, Marten has an interesting persona donned by Aleksandr Kuznetsov, sporting a mohawk, cranial tattoos, and an unlikely spartan physique that makes the bloodshot and wired eyed character quite spry and deadly. Kuznetsov bends his character’s will after a taking a sacred oath to his clan’s God. Gods are essential part of the story as every act, every event, or every course is in the interest or will of some sort of God. The cast rounds out with Yuriy Tsurilo, Izmaylova Vasilisa, and Vitaly Kravchenko.

“The Last Warrior” never ceases to degressive transitions, picking up one fight after another without much breathing room in between. The Russian epic fantasy is essentially a visual speed read and by the time ingestion sets in the one crazy, unforgettable moment, Mosafir uses it as a seque right into the next choreographed conflict. Mosafir’s brilliancy illuminates during long takes and optimal camera work that embrace the slipknot action and yet, the director can’t seem to find an equalization during the talking head moments that push the story along. The quickly fed motivation nearly suppresses the story; there are factions that needed more shepherding explanation such as the forest people and their hallucinogenic drug that can release a person’s inner anger bear like an animality in Mortal Kombat 3. After desperately drinking from the drug, Lyutobor’s bear emerges and when pushed, the nobleman can call upon the strength and ferocity of the bear to his advantage, but the concept goes as far as that without much explanation to Lyutobor’s inherence of what could be much rather a curse than a blessing. Watch out, little Lyutobor! Don’t make daddy angry or the bear will come out!

through Sony Pictures Home Entertainment, 4Digital Media presents “The Last Warrior” onto UK DVD home video that takes the oath of an August 20th release date. I’m unable to write up a full technical assessment of the DVD as I was provided with a screener. The screener had a forced dubbed English soundtrack with 15% of the Russian subtitles and no static menu, an atypical critique screener; however, the proper DVD release will have both the Russian audio track with English subtitles and the English dubbed version, which if the same as the screener is completely hilarious, off kilter, and just awful. I’m also positive there will be a static menu as well. To sum up Rustam Mosafir’s medieval fantasy would be to note that its speedy, stab-happy, and a no-nonsense. The sword play is notable, fight scenes are aesthetic, and there lies some neat visuals, but “The Last Warrior” fails to find a deeper purpose to counteract it’s surface level of the bizarre blood splatter in a chute of metal music and that’s where Mosafir will lose most of his well-versed audiences.