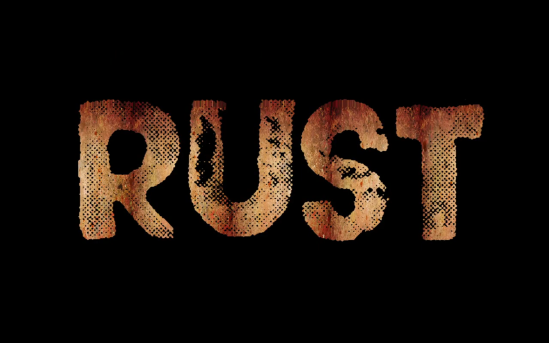 Hotel Fear is a dilapidated shell of a once thriving horror attraction with labyrinths chockful of replica grisly terrors. Isolated in a rural area outside Las Vegas, Hotel Fear becomes the meetup place for best friends Heather and Morgan who drive to the forlorn theme park to unite with a couple of male friends. However, Hotel Fear houses a notorious urban legend that includes the deranged killer, Travis McLennan, a barbaric, cannibalistic madman who abducts young women for his pleasure. When Morgan is captured and Heather barely escapes with her life, it’s up to a battered and traumatized Heather to return with the police to rescue Morgan from the merciless grips of Travis McLennan. 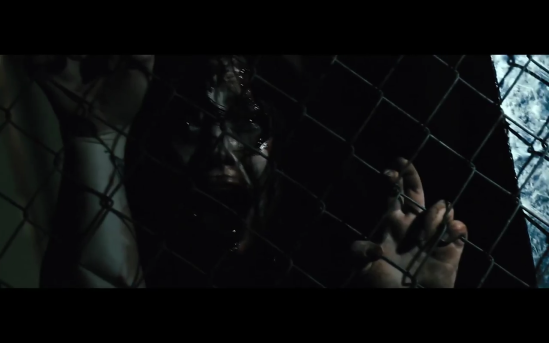 Can “Rust” be the next much-admired slasher franchise this side of the last ten decade? That’s what will be discussed when analyzing Joe Lujan’s written and directed “Rust,” a survival-slasher surrounding a mute-masked killer named Travis McLennan, birthed by a nefarious anecdotal urban legend of a unhinged boy who murdered his parents and wears his father’s face. Lujan, whose become something of a low-budget horror factory filmmaker with short and feature film credits including “It Followed Me,” “Atelophobia,” and their respective sequels, helms what could be the director’s bread and butter legacy that crosses “The Texas Chainsaw Massacre” with some aspects from a Rob Zombie filmmaking handbook. What makes “Rust” unique, or at least in the Wild Eye Releasing DVD, is the feature is comprised of two short films, “Rust” and “Rust 2,” spliced together to make a full length film that would ignite the fervor for third entry, “Rust 3” in 2020 currently in post-production, and all produced by Lujan’s production company, Carcass Films. 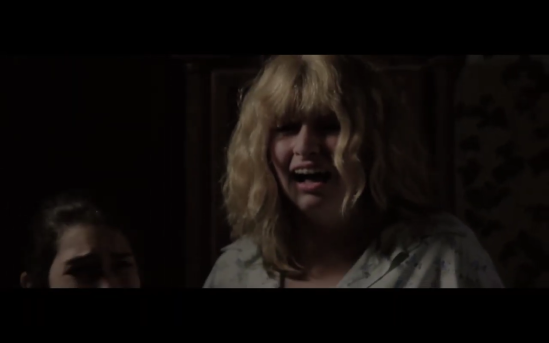 Typically, popular slasher will center mostly around the chased protagonists that naturally produces an ominous villain, examples would be Alice in “Friday the 13th,” Laurie Strobe in “Halloween,” Nancy Thompson in “A Nightmare on Elm Street, but “Rust” shares the focal responsibilities between protagonist duo of Heather and Morgan and an antagonist duo of Travis McLennan and his Stockholm syndrome sex slave, Valkyrie. Not only do we wonder about the bloody-cladded rooms of Hotel Hell with Heather and Morgan, but also see some dynamics and curiosities from their stalker. “Hot Tub Party Massacre’s” Corey Taylor and “Afflict’s” Taylor Kilgore become the besties Heather and Morgan and are staple actors in Lujan’s ensemble cache he’s collaborated extensively throughout his career. As an exposed midriff Kilgore loses out on Morgan’s weak character development that’s nothing more than an elevated whimper, Corey Taylor by default lifts up to be a quasi-strong female lead, but neither actress steps into that final girl role and are extremely overshadowed by Morlon Greenwood’s towering-might that converts to being the black-hearted killer Travis McLennan. The Jamaican born, former NFL linebacker has that “See No Evil,” Kane-like violence that bears an austere ravager who would make anybody crap their pants when going into full-throttle chase mode with machete in hand. Lindsey Cruz (“Meathook Massacre 4”), Raul Limon (“The Immortal Wars”), Isaac Rhino (“Blood Runs Thick”), Meek Ruiz, Paul Tumpson, Nycolle Buss, Lordis DePiazza, Brittany Enos, and Brittany Hoza round out the cast. 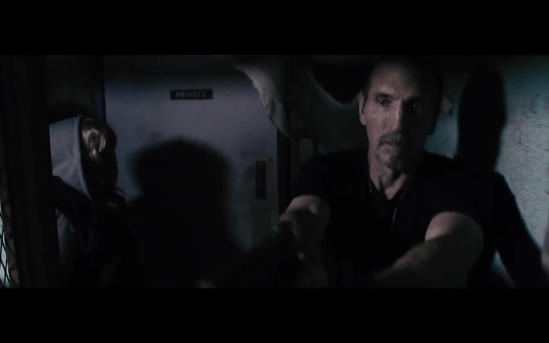 So, does “Rust” make for good silver screen slashery? One would need to snake between the rough McLennan backstory that doesn’t clearly sink in, the whimsical premise of a teen meet-up and wander through an abandoned horror theme attraction, and the hollow characters to declare that “Rust” doesn’t make the cut across the throat. Finding reasons to be concerned for characters was at a great time nil because of their bland design with nothing to strive or live for in a complete and total arc-less folly of development. Perhaps the purest form of a slasher is in Travis McLennan’s brutality which warrants some positive lighting as a more machine than man killer, wearing a fleshy mask skinned from his father, as he hoards young women for his unknown kicks, but whether the funds weren’t in the budget or an artistic preference was applied, all the kills were mostly done off-screen and implied. There were a couple of knife blows to the head and the neck areas that barely had discernible quality that subjected no veering of the eyes or garnished any dread into the full brunt of the kill blow. Lujan pens an obscured rape scene that has more oomph than the killing itself. We’ve seen box store horror films with scream attractions before, such as like “Hell Fest,” and even some enticing independent ventures, such as “Talon Falls,” both of which have filled the need for urban myth, meta-horror – horror actually happening in a horror theme park – but most of these films don’t pan out as expected and “Rust” simply falls into that latter unfortunate category. 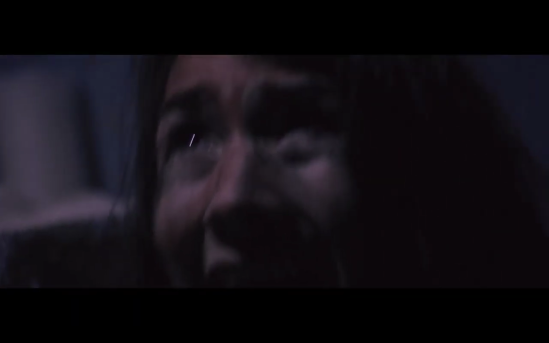 Right on the coattails of a third film comes “Rust” onto DVD home video courtesy of Wild Eye Releasing that’s presented not rated and in a full frame 16:9 aspect ratio that’s varies in quality being two shorts combined into one. “Rust” first half suffers from an extremely low bitrate so much so that you can see pinpoint each frame. The coloring is faded beyond the brown on a Las Vegas desert and, at times, difficult to discern exactly what’s happening mise-en-scene, especially in the darker scenes as you can see in the screencaps. The second half fairs better with a higher bitrate, smoother frame transitions, and a cleaner, less muddle twitching inside the frame. The English language dual channel stereo sound mix also splits the difference, most notably with a shield and muffled dialogue track being drowned out by ambient and the Eric Dryer’s score, a score that’s possibly a highlight in “Rust’s” legacy. Again, audio regains some control over the levels, providing more efficient range and depth but still can’t overcome of the powerful score. Bonus features include an interview with Joe Lujan about the fabrication from beginning to end of “Rust,” the original Rust 1 and 2 shorts, and Wild Eye Releasing trailers. One bonus I was vying for was the Eric Dryer score, but no such luck. “Rust” might be more of tetanus hazard than a budding slasher ripe for the viewing, but director Joe Lujan has the potential if the filmmaker can chug foward gaining experience along the way and, perhaps, recap his Travis McLennan nightmare on a bigger, badder scale with a sharper machete.

“Rust” is included with Prime Video!