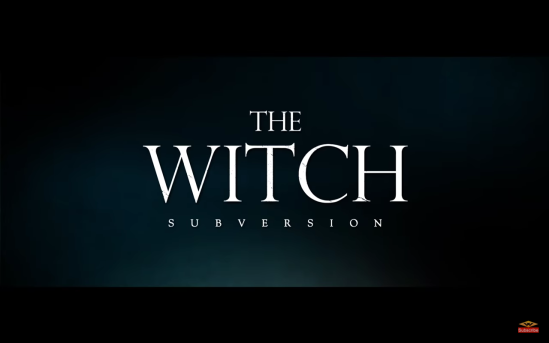 High school teenager Ko Ja-yoon lives with her adopted parents on a struggling cow farm. Ja-yoon‘s amnesia struggles with recollecting her past, she’s plagued with severe headaches, and suffers to retain any strength in her body. When her best friend persuades her to enter a popular singing contest, Ja-yoon’s nationally televisions performance triggers a covert agency to seek her out, dispatching Korean-American hitmen with supernatural abilities and local hit squad agents to track her down to either capture her alive or kill her. As the devious factions close in on her, placing her family in great danger, her past begins to unravel, revealing a troubling truth regarding who she really is and what she’s capable of effectuating.

Not to be confused as a sequel to Robert Eggers’ critically acclaimed, Americana gothic folklore tale “The Witch” from 2016, Park Hoon-jung’s “The Witch: Part 1 – The Subversion” diverges itself as the tenebrous action-mystery of a two-part film series from South Korea. Entitled “Manyeo” in the native Korean tongue, “The Witch” refers to a moniker bestowed upon the agency acquired children provided with genetically enhanced brains to open up their full, existential potential of God-like violence shrouded in the murky shadows and cutthroat conspiracies. “I Saw The Devil” writer Park also pens the script for his produced 2018 film that resupplies the darkness of a detective noir into another fantasy thriller furnished with a bloody veneer of a R-rated superhero movie. Gold Moon Film and A Peppermint and Company co-produce the Warner Bros. Pictures distributed picture.

Starring as the titular character, Koo Ja-yoon as The Witch, is South Korean actress Kim Da-mi making her introductory debut that’s considerably demanding for the early 20’s actress to tackle with little-to-none prior experience in “Avengers” level action, but that’s where the subversion sets in when Kim undermines with a body frail tool performance, throwing pity bait to sucker in the bigger fish, and then opening her ranges to play on the opposite side of the spectrum in a slim, but killer, authoritative absolute suit. Ja-yoon’s American counterparts are equally as intriguing with Korean-Canadian actor, Choi Woo-shik (“Train to Busan”) leading the pack of vicious and powerful mercenaries. Choi’s monstrous 2019 lineup of award-winning (“Parasite”) and action-packed (“The Divine Fury“) films set “The Witch” up for inherent success in a now powerful and versatile recognized Korean film market. Upstaging has a strong aurora inside Korean filmmaking as every scene invokes an intense stare, an action of grandeur, and dialogue – every actor has lots and lots of dialogue – and so, bold performances stand out from the remaining cast list who includes Jo Min-soo (“The Cursed“) as the prideful genetics doctor, K-pop’s 2Eyes band member Daeun as the cut from the same cloth American-Korean super villain, Go Min-se as Ja-yoon’s bestie, and Park Hee-soon as the curious Mr. Choi with a vendetta against all who are enhanced. 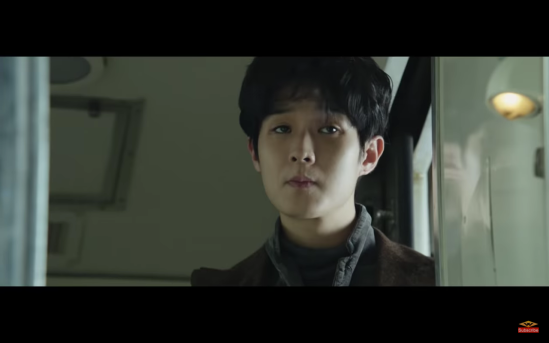 “The Witch: Part 1 – Subversion” is over two hours of grand chess and superhuman stratagem culminating at a writ large do-or-die finale. Even with a 125 minute runtime, Park Hoon-jung has to inertly cram a whole lot of story into a seemingly abundance and bountiful timeframe. As the staggering conspicuous tension builds and characters evolve into an elucidated light, scenes start stepping into confounding placement that bedevil slightly the storyline. If you’re able to piecemeal together the puzzle and able to follow casually, Park is able to eventually reel captivation back from surmountable follies of structure with flashbacks and, in this case, a generous amount of exposition to get viewers on track once again. The prodigious action rivals the Marvel movies of today with complimenting cannonade and psychokinesis while ushering in a heroine tapped from same vein as “Hannah” or “Lucy” into the Korean moving pictures.

Warner Bros Pictures and Well Go USA Entertainment entertain us with GMO action in “The Witch: Part 1 – Subversion” on a single format Blu-ray home video release presented in a widescreen, 16:9 aspect ratio, on a region A, BD25 disc. What I really like about Well Go USA releases are the consistencies of arrangements. The brightly lit, natural landscapes are vivid, floaty, and serene as if all of life is an idyllic safe haven for visual leisure. The black, almost gun metal black, of the nighttime segments render a more sinister and unfavorable approach to arms and danger likely ahead. Some posterization occurs during these moments, but little-to-no ill effect to the scenes themselves. Some of the chunkiness to the visual effects stem from combative action of the genetically altered, fighting against the slower normals with their high caliber, fully-automatic rifles and, also, against themselves, but these battles are interspersed to not violate audiences corneas to beyond the max extent of the natural law. The Korean language DTS-HD Master Audio mix offers a wide range of varied leveled action, from the mundane ambience of rural and urban life to the precision of activity during the more upbeat commotion of fight sequences and gunplay in tighter quarters. Dialogue placement renders nicely and is prominent while the option English subtitles captures beautifully with well synced and timed captioning. Bonus features three trailers which are two international trailers and one U.S. trailer. If Part 2 is anything like “Subversion,” the game of deceit will continue to unfold surprises one after another and beguile with the mysteries surrounding “The Witch’s” genetically invasive backstory that’s inherently pervading throughout, leaving an agape of wonderment, intrigue, and thrills.

Currently on Sale! Buy “The Witch: Part 1 – Subversion” on Blu-ray!