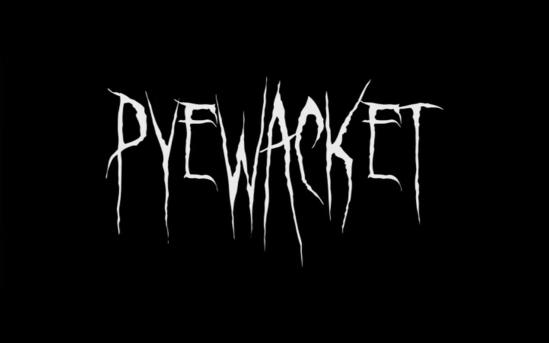 In the wake of losing their father and husband, Leah and her mother struggle to cope and are at their wits ends with each other. Leah, an impressionable and angst-filled teen, embraces the occult lifestyle after her father’s untimely death despite her mother’s distaste for it. Leah’s mother also battles the everyday familiar feelings of her constant surroundings that remind her of her dear husband and the sensations compel her to move her and Leah more than an hour away, away from Leah’s only friends including a boy she’s become fond of, but the constant and languishing heated disagreements invoke Leah to act impulsively, gathering her ritual articles, and while in the woods, naively summon a witch, named Pyewacket, to kill her mother. Regretting her actions almost immediately and fearful of what’s to come, Leah is cautiously ever attentive to her surroundings as each passing night a presence makes itself known and is eager to not only harm Leah’s mother, but also intends to rise it’s wickedness toward Leah. 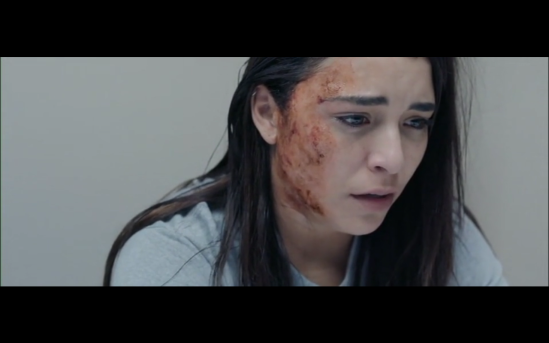 “Pyewacket” is a 2017 Canadian horror-thriller from writer-director Adam MacDonald. The Montreal born MacDonald constructs an impressive and suspense-riddled sophomore film that offers a beautifully bleak atmosphere while touching upon layered themes that are relatable to anyone who grew up with an overbearing parent. “Pyewacket” succeeds as a stark melodrama of a hurting mother and daughter who are looking for some kind of pain relief and a fresh start. MacDonald takes it to the next level, churning out a cautionary tale, by implementing the theme of being careful for what you wish for because you just might get it. Oh, and there’s spine-tingling moments involving a ghoulish witch with an appetite for deception and have you squinting yours eyes in fearful anticipation of when she’ll strike. 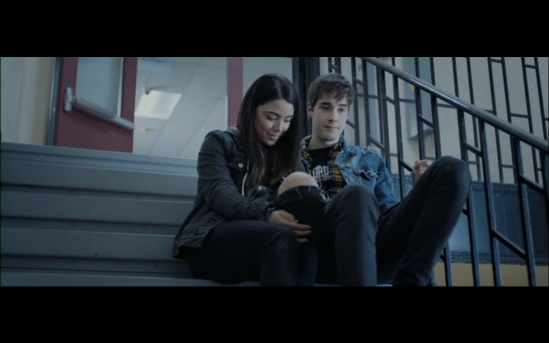 Another Canadian, the Vancouver born Nicole Muñoz stars as the disquieted Leah. Muñoz dark assets heighten her disdain and resentment she evokes out from her character toward her mother, played by the former “The Walking Dead’s” Laurie Holden. Tall and blond with a more verbose attitude in putting her feelings outward, one would have difficulties placing Muñoz and the “Silent Hill” star as daughter and mother on screen. Holden manages to be the glue that keeps the story moving as Leah rarely has much to the say and is only reactive instead of proactive about her situation, making the two actresses dynamically challenging that purposefully sparks uneasiness in every scene. Leah’s friends serve as her lifelines to the world outside her new country home that her mother has unfairly displaced her to. Her best friend Janice, the Toronto born Chloe Rose, whose alternative appearance and nonchalant, cocky persona encourages her to be Leah’s confidant. Rose seemingly enjoys the role that offers vibrantly colorful stripes of hair with lots of gothic makeup that comes complete with leather and plaid outerwear. I was a little disappointed with Leah’s love interest that was Aaron, shoed by the tall and thin Eric Osborne. Aaron really wasn’t showcased much though MacDonald’s script attempts at hinting more to the character, but unfortunately for Osborne, Aaron falls the ranks of a back burner boyfriend trope. 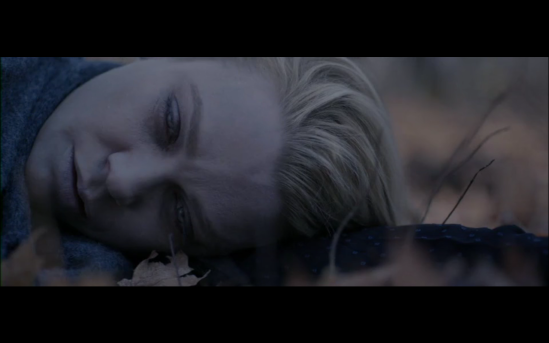 What might be the undoing of “Pyewacket” is simply the timeliness. Robert Eggers’ “The Witch” and André Øvredal’s “The Autopsy of Jane Doe” completely overshadow the JoBro Production & Film Finance (which is kind of funny because the same production company also did some funding for “The Witch” so in essence, “Pyewacket” is “The Witch’s” little cousin) with two already fantastic tales of non-broom riding and mind tampering witches that share the same intense ferocity of pure hatred and dark magic on a much bigger and grander scale when considering production value that relies on a viewer relatable story. A story involving a mother-daughter warfare is inarguably human to us all, but in competition with that, MacDonald seems to embrace that side of the story with slight favoritism as the director is light with a slow burn of the catalytic turn of events that evokes the titular character despite it being the most gripping portion of the film; instead, the focus is more honed in on Leah’s experience that intimately distances her from each of those that are closest to her: Janice, Aaron, her mother. Left in the wind is much of the witch’s background and how the witch becomes familiar to Leah which goes relatively unknown. And, also, not to forget to mention that the witch, or familiar spirit, is screened through shadows, long shots, and quick takes so to get a shape or a image around the appearance, all I can suggest is that Pyewacket resembles Samara from “The Ring” with stringy, filthy hair, slender figure, and moves around like a spider. Aside from a popular teeny-bop occult novelist, Rowan Dove played by “Bitten’s” James McGowan, the only facts touched upon about “Pyewacket” are that the spirit is extremely malevolent and can deceive the perception of people and events. 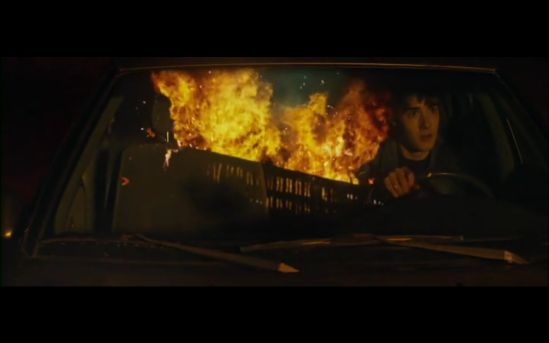 From Signature Entertainment, the DVD and Digital release of Adam MacDonald’s “Pyewacket” hits retail shelves April 23rd and digital retail shelves even earlier on April 16th. Since a digital screener was provided for this review, an in-depth critique of the video, audio, and bonus material will not be covered. Though clutching to the money-bagged coattails of bigger, better witch films from the last three years, “Pyewacket” is still a mighty story with complex characters complete with sheer dread from an obscure and grievously sorcery crone pure with black heart that will definitely elicit shortness of breath and rapid heart palpitations if watched alone in the dark.

A group of bored teenagers decides to up their spirits by dusting off a $25 Ouija board and taking it for a supernatural spin to reach those beyond the grave. When deep in chant, a contact is made with the spirit of a murdered man named Jonah. The arrogant teens conjuring seeks to try and resurrect Jonah for relentless vengeance on his killer – his wife. The teens’ arrogance gets the best of them and Jonah does rise from the grave, but his thirst for murder homes in on the teens’ lives and Jonah traps them inside a basement with no way out and no way of calling for dire help. 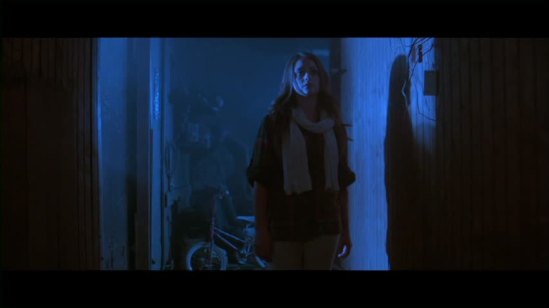 “Jonah Lives” construction tends to be a respectful gothic budget horror film of meshed sub genres. Deep within the bone structures of the Luis Carvalho directed film lies a grab bag that includes zombies, possession, torment, and vengeance, but with a conglomerate of styles wrapped into one film, the difficult struggle of pinning down the motivation of our killer Jonah seems lost in translation. Certainly a force to be reckoned with who absolutely looks the part as a deteriorating dead guy, Jonah awakes from his angst-slumber to seek vengeance, but why take it out on the teenagers who resurrected him? That’s the million dollar question. Did the Ouija board inject evilness into Jonah to put him on such a murderous rage? What’s also odd is the character Zora, Jonah’s murderous ex-wife, is part of the cast but not necessarily included in harms way in the basement and isn’t a primary target for Jonah. Instead, Zora party-hardies upstairs with the rest of the intoxicated grownups. 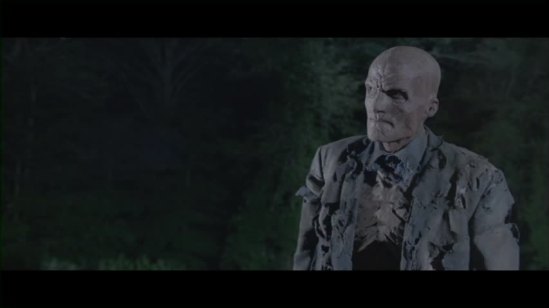 B-horror vet Brinke Stevens headlines “Jonah Lives” as Zora. Stevens’ role is fairly minor when compared to the other cast members who names probably make the D-list film status and are not as recognizable as Brinke Stevens. However, there are some strong performances from the relatively unknown cast giving the film more girth than the story itself. Lead actor Ryan Boudreau’s acting style is very relaxed and smooth as a known-it-all jock with a guilt-ridden conscious that brings the character a full 180 degrees. I wanted to note Nicole LaSala’s character Lydia, who either has a breakdown after the brutal and gruesome death of her boyfriend at the hands of Jonah or she just shares some sort of Ouija board connection with Jonah that drivers her absolutely mad. The tell all about Lydia comes to no unfold. LaSala’s embodies the soul of the Joker from Batman for Lydia who constantly laughs and being mean spirited toward the remaining survivors. I didn’t necessarily feel the spiritual connection between Lydia and Jonah and lean toward nixing that theory. 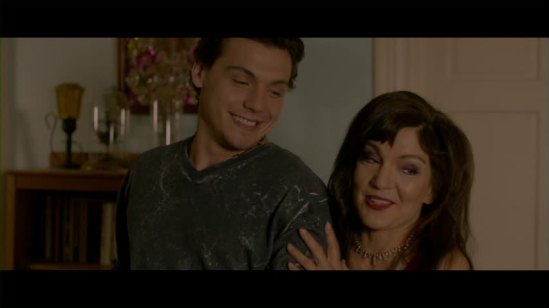 The special effects are very minor, but appreciatively practical. The minute effects shouldn’t be unexpected due to budgetary constraints. Carvalho and his special effects team along with some simple editing tricks goes a long way. Not as bloody as hoped, but Jonah does commit to a classic zombie bite to the neck and takes a chunk out, stretching the skin and spewing blood out of the wound, chops an arm off Jean Rollin’s “Grapes of Death” style and bashes the victim with it, and caves in a few teen skulls. While there are moments of editing brilliance, there were many scenes that over edited and, basically, replayed the same scene from a different angle and this reoccured multiple times. Also, massive editing effect is like having an epileptic episode that numbs the brain. 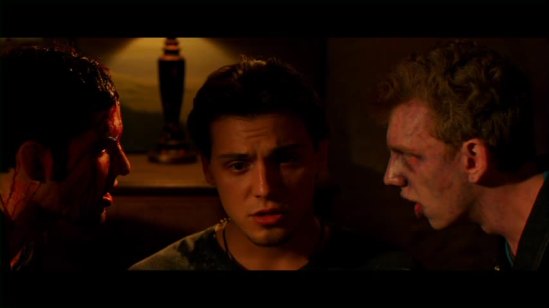 “Jonah Lives” hit retail outlets this past April and this 2012 zombie revenge film is looking to rise above the rest of the new releases. I’m thinking it’ll stay grounded because it’s resembles much of the same we’ve all seen before. I’d found myself entranced more with the score by Russell Estrela as it blends tonal styles of Italian Giallo with the 80’s slasher such as the repetition of Harry Mandfredini to the synth’s of John Carpenter. Check it out yourself from Wild Eye Releasing.