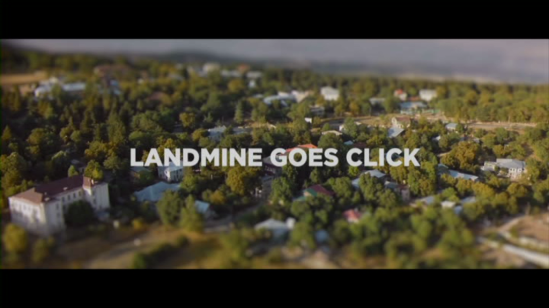 Three backpacking American tourists and good friends Daniel, Alicia, and Chris tour through the Georgian countryside, looking for that one last hurrah before Daniel and Alicia tie the knot. When the trip seems to be going well, Chris steps on an old landmine, leaving him grounded and motionless to the spot. The next series of events will determine their fate as an psychopathic local and his Rottweiler happen upon the frightened and helpless Americans. Caught in a maniac’s twisted game, their only chance for survival is to play by the local’s Machiavellian rules or otherwise take their own life-risking chances by stepping off the a shrapnel-exploding, flesh-piercing, life-ending mine. 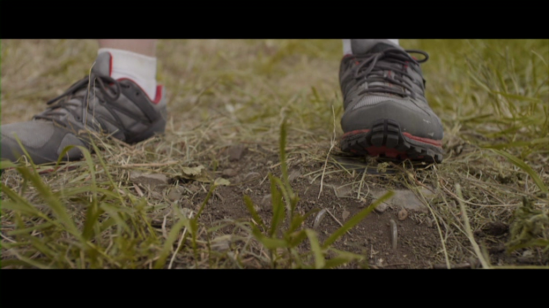 “Landmine Goes Click” bares no one identity. The Georgian thriller from director Levan Bakhia cleverly abridges four genres together, resulting in one intensely merciless story of unfortunate and deadly circumstance intently set to destroy one’s emotions. Bakhia teams up again with writer Lloyd Wagner, both who’ve previously worked on heated horror chiller “247°F,” and are joined by Adrian Colussi to substantiate a story that’s dices through a range of plot subdivisions from thrilling and exploitive to revengeful and tragic.

Kote Tolordava, the late Georgian actor who tragically died of a heart attack shortly after filming, defines the look and the manner of a sleazeball psychopath. A straggly comb over laid upon unkempt shoulder length hair with a stubbly five o’clock shadow that rests beneath a bushy Georgian bred mustache combined with an over extended gut stretching a bulbous silhouette in a white under shirt that’s covered with a breast opened, military-like navy colored coat sizes up Tolordava’s Iiya character as a harmless human joke, but pair that look with a loaded Remington, a muscle-laden Rottweiler, and a taste for taking advantage of the situation and you have a maniacal genius ready to reap the benefits of your misfortune. Tolordava’s wears Ilya’s clammy skin as if it’s his own, playing the local kook with a sadistic hard-on.

But Sterling Knight, as Chris, carried the film to a jarring conclusion, especially in the last acts. My initial reception of Chris was a big question, why does Chris, whose unable to move from the landmine, severely antagonize a creature like Ilya? Once the characters progress to a level of no return, to a level of depravity and maliciousness, understanding Chris was no longer an enigma and how Chris follows up with Ilya begs, absolutely begs, for retribution. Knight’s day and night performance tells tales of his acting talent. Don’t let the youthful face, the deep blue-eyes, or the Justin Beiber vocals fool you, Sterling Knight demonizes handsomeness.

With Tolordava and Knight, Spencer Locke, K-Mart from “Resident Evil: Extinction” and “Resident Evil: Afterlife,” had the toughest role to be burdened with as Alicia being an object of affection for not one, not two, but three characters and, in two of characters’ cases, in a malevolent way. Locke’s scenes were the most difficult to gape at, but her character ends up being the driving force behind almost everything that happens, even to divulged information prior to the beginning of this film to which we are not privy. Alicia is essentially the epicenter that crumbles the foundations of lives around Daniel, Chris, and even Ilya and like an epicenter, Alicia becomes the butterfly effect that ripples devastation from a single event. Like I said, a role that bares a heavy burden. 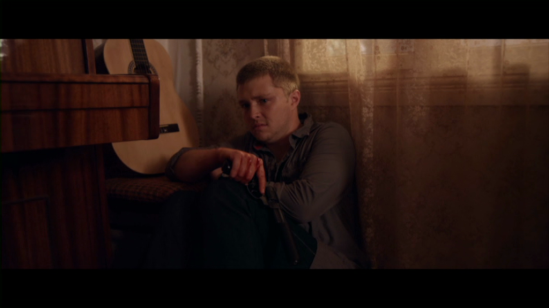 Bakhia utilizes effects that can be easily overlooked. His use of miniatures of the Georgian countryside, compositing them with the live action motor vehicles, is a stunning visual, alluring to our minuscule selves in the world. Also, the director, I noticed, does many long takes by swerving the camera from side-to-side that may consist of a stationary position or even tailing to characters, obtaining individual reactions and letting the scene play out without as much as a single edit for a lengthy period of filming. My first experience with Bakhia at the helm isn’t spoiled with gaudy gore or an outlandish unrealistic script; “Landmine Goes Click” thoughtfully provokes our inner animal and is constructed and edited similar to the style of Oscar winner Martin Scorsese. No film goes without flaws as I thought some of the fade to black editing was oddly placed and the overlapping during genre transition didn’t settle with the mood at the time. However, I’m not a big fan of exposition, but I thought there was enough exposition to get us through on how Chris managed to step on a landmine and also to what really happened to Alicia. Any more footage would have been overkill, making the 110 minute runtime that much smoother. 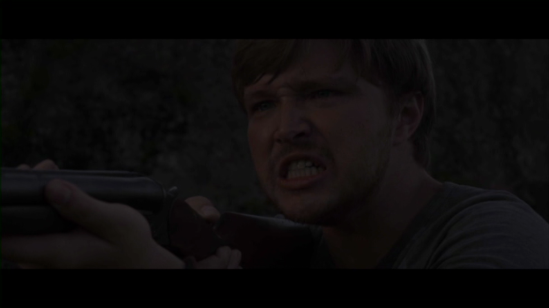 “Landmine Goes Click” rightfully found a home as an Icon Home Entertainment Frightfest Presents. Spurred with volatile tension and a dynamically charged cast, “Landmine Goes Click” is the tip of the Levan Bakhia ice berg and watch out for more films from Sterling Knight, an actor that can steal a scene, or in this case, a movie right from under another talented actor Kote Tolordava. Since the disc sent to me was a screener, I am unable to review the audio and video qualities, but I can say that there wasn’t much bonus material aside from an introduction of the film by Frightfest’s Alan Jones and Paul McEvoy and the other Frightfest film trailers. Like a good concealed explosive device, “Landmine Goes Click” exploitatively shreds through your soul, cleaving barbed shrapnel to linger and rot in the confined spaces of psyche.