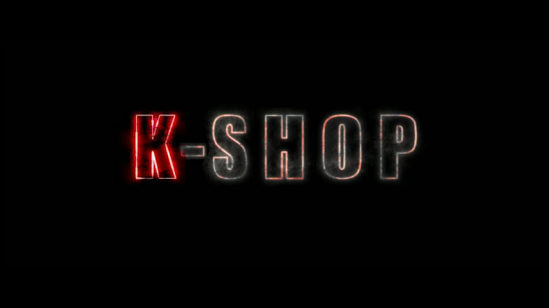 Zaki owns a small kebab shop in England’s vern own party central in Bournemouth on the South Coast. Every night, Zaki withstands the late night drunken antics of the local party goers in the hope his son, Salah, would continue his graduate studies and to also, maybe, one day own his own fine dining restaurant, but when he becomes involved in a scuffle with a late night rowdy bunch, he’s killed in a fit of alcoholic whims. Salah takes over his father’s shop, neglecting his studies, and continuing the serve the intoxicated public in his father’s memory, but when he accidentally kills one stubborn customer, he mincings his body parts into kebab meat instead of calling the police and whenever a deplorable enter his shop, he serves them the newest menu item. One sloppy drunk customer after another, Salah wages a vigilante’s war on party world, especially toward a new dance club that masks over a drug trafficking ring. 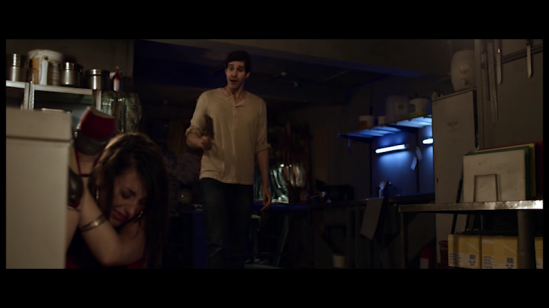 “K-Shop” is the 2016 horror from writer-director Dan Pringle in his first helmed feature that aims to explore the troublesome nature of the after party, intoxicated human plagued upon sensible people. Pringle strengthens the social commentary by implementing actual footage of drunken debauchery filmed right on England’s South Beach that range between spewing chunks onto the sidewalks to heated back and forth fisticuffs. Pringle’s script tackles that insatiable inner urge everyone has felt at least once in their life when dealing with unreasonable nightlife and that is to raise a fist against them to show how to act like a decent human being. “K-Shop,” which denotes being a double entendre for Kebab Shop and Kill Shop, takes the act one step further, introducing a cannibalistic element to the mix as Salah rids scrum from the earth by slicing and dicing them into his kebab mixture. Salah’s father, Zaki, is a Turkish refugee and him and his son are essentially immigrants that becomes another script undertone brought up the club owning, drug trafficking, all over bad guy Jason Brown. 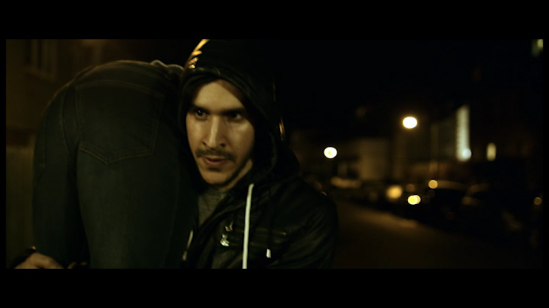 Salah is brilliantly executed by Ziad Abaza who brings a cache of raw emotions to his character. “K-Shop’s” trailer hinted at a horror-comedy feature, but there’s nothing funny about Abaza’s Salah who seems that life is wholeheartedly against him as a downtrodden college student in a search for basic human decency and compassion. Salah is pitted against an egregious Jason Brown played by Liverpool native Scot Williams and Williams embodies and embraces being a person of high social status and fame, a person of who lavishes in luxury, and epitomizes being a slime ball. Brown’s a stark contrast against Salah who has to slave away and earn his living while Brown takes his life for granted. The supporting cast are also very interesting starting with Reece Noi as Malik who voyeuristically takes an interest in Salah’s vigilantism and who also, perhaps, shares common cultural aspects, but Malik is just a kid acting beyond his age at times and then drastically at his age at the most crucial moments during his dynamics with Salah. Another character is Salah’s potential love interest in Sarah portrayed by Kristin Atherton. Atherton provides a sweet, quiet, and intelligible demeanor to Sarah that projects onto Salah whereas other women in Salah’s life, mostly his patrons, are loud, obnoxious, and corrupt. Lastly, “Doomsday’s” Darren Morfitt instills a catalytic character in fallen from grace Chaplin Steve. There’s a bit of a confessionally staged event between Salah and Steve that offers a realization and a tale-end twist that just puts that unwanted pit into the bottom of stomachs. 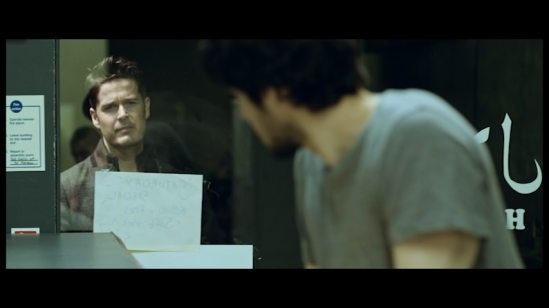 Now “K-Shop” isn’t totally perfect, especially in the flow of the film. Pringle doesn’t clearly provide a timeline of progression. Between the holidays Christmas and News Years is perspectively prominent, but Salah’s calling, or mission, seems to extend weeks, if not months, and that isn’t clearly communicated. Plus, there’s slight difficulty understanding turn page moments that dilute the significance of events whether it’s through too much exposition or choppy editing. Where “K-Shop” is weak, Pringle makes up with gore and story. The gore is absolute from scorching an inebriated man’s face sizzling in a vat of hot oil to chopping up limbs with a butcher’s knife in order to make his delicious kebabs. Pringle’s conclusion is absolving, satisfying, and also, at the same time, fruitless because even though Salah makes a stand against immorality, a realization washes over him that nothing will ever change despite cutting the head from the snake. 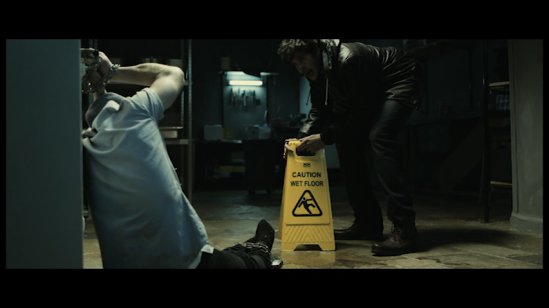 Breaking Glass Pictures distributes “K-Shop” on to an unrated DVD home video. The DVD is presented in a widescreen 2:35:1 aspect ratio and the overall quality is stunning sporting a dark painted picture and still convey a healthy color palette even if lightly washed in a yellow hue. The’s no attempt to enhance the image as the natural color tone comes right out and off the screen and that dark gritty matter really speaks to Pringle’s capabilities to create shadows. The English Dolby Digital 5.1 audio track is surprisingly hanging around par level as, some of those key moments once spoken about, are lost in a muddled heap in the dialogue track, but there’s range and fidelity thats good on the output amongst a balanced five channel track. Bonus material includes a behind-the-scenes segment and deleted scenes plus Breaking Glass trailers. “K-Shop” is dark, gritty, and eye opening backed by a versatile lead in Ziad Abaza and helmed by newcomer filmmaker Dan Pringle, seeking to entertain and unearth our inner and deadly vigilante doppelgänger in the midst of social indecencies.