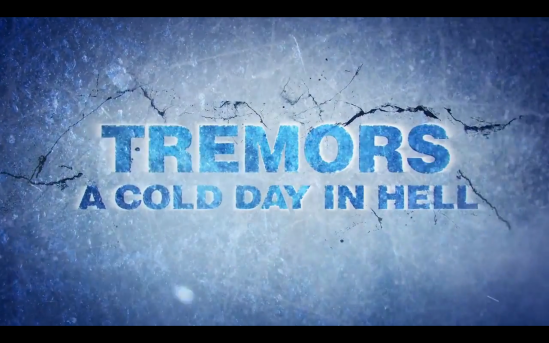 A remote Canadian science team is under the threat of a Graboid situation, hunting drill parties through the ice and ripping them to shreds with their snake-like mouth tentacles. The team phones the only known Graboid hunter, the legendary outdoor sportsman Burt Gummer, who flies from Perfection, New Mexico to the North of the border with his son Travis Welker to terminator their subterranean predator problem. Graboids aren’t the only problem as nasty Ass-Blasters also roam the sky. Stranded on a remote research station and stuck with non-combative administrative researchers, Gummer’s shoulders bare much of the battlefield burden, but the long time Graboid ass-kicker comes face-to-face with an internal Graboid stemmed disease that sidelines his ability to finish the campaign. Travis must pick up the reigns and band together a ragtag team of scientists to not only save Canada from a being swallowed from below, but also to save his father’s life by obtaining antibodies from a live Graboid. 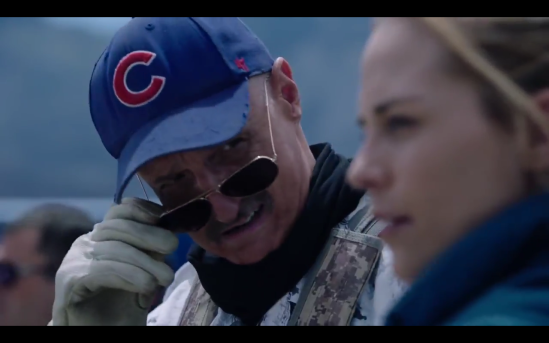 Michael Gross is back! Reprising his role of Burt Gummer, the gung-ho military nut with a penchant for hunting down and killing Graboids, Gross straps on the HK-91 assault rifle once more for Universal’s “Tremors: A Cold Day in Hell,” the sixth installment to the “Tremors” franchise that began 27-years-old in 1990! The PG-13 creature feature is helmed by direct-to-video sequel director Don Michael Paul (“Tremors: Bloodlines”), written by two-time “Tremors” sequel writer John Whelpley, and release appropriately enough on Universal’s 1440 Entertainment label. Whelpley relocates the franchise away from the blistering heat, the scorching sand, and the denim-camo-plaid sporting bedrock to cooler climate of the Canada’s 49th parallel north. Under the ice and the chilled soil are pre-pre-cana Graboids awakened by the ever looming effects of global warming. Al Gore was right; Global warming will kill us all…by rousing the underground beasts who’ve been dormant for thousands of years! The very one aspect the filmmakers wanted shiplap together for this next chapter is to perilously put the invincible Burt through a taste of own mortality, plaguing him with a symbiotic Graboid worm that puts him on the edge of death, and introducing a worthy replacement, or perhaps a legacy, in his son, Travis Welker. 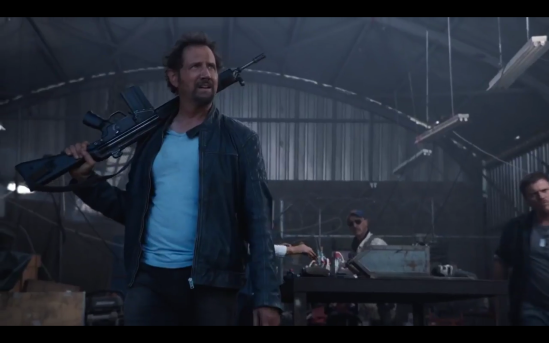 Welker is a returning character from “Tremors: Bloodlines” portrayed by comedian Jamie Kennedy. His role as Brad “B-rad” Gluckman from “Malibu’s Most Wanted” has been forcibly seared in many of our minds and his horror enthusiasm captured our black hearts as the lovable Randy Meeks in Scream, but being Travis Welker nearly upends those personas and transform him into a smooth talking, fast thinking, son of a gun whose perfect to match wits with his on-screen old man, Burt. “Tremors 6” is essentially the Burt and Travis show, leaving many other characters up as red shirts, but waver a handful as potential love interests and bone headed comedic reliefs. Starting with South African Tanya van Graan (“Starship Troopers 3: Marauder”) as the kinda kooky Jamie Kennedy love interest in Dr. Rita Sims. Sims is nearly all over the board being the lead scientist on the research expedition to a complete bad ass with a rifle to being a sultry fox who goes commando with no underpants in the arctic. Then there’s Jamie-Lee Money, just on the cusp of her career, plays Valerie McKee, the offspring of “Tremors'” Valentine McKee (Kevin Bacon) and Rhonda LeBeck (Finn Carter). Money looks the part, but the character is severely downplayed and lifeless that mistreats the legacy of Val who was spontaneous, inventive, and naively charming. Other characters come off goofy, oddball, and arbitrary or insignificantly used played by Greg Kriek (“Lake Placid: Legacy”), Stephanie Schildknecht (“Accident”), and Kiroshan Naidoo. 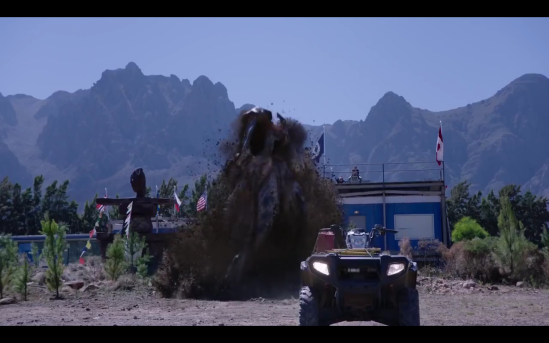 The entire Tremors franchise has been through a wringer of changes over the last 27-years that has really stretched the incredible substratum monster thinner and thinner. Reducing the physical formidability down to a visual effects monstrosity that still preserves a somewhat tongue-and-cheek campiness, “Tremors: A Cold Day in Hell” doesn’t quite have the “Tremors” flavor. Perhaps it’s the arctic setting. Perhaps it’s the inane special effects. Perhaps it both, but one thing is certain and that is Michael Gross being solidified as the unwavering face of the franchise, but even with that constant variable, this sixth installment attempts to lure back in the original fan base by referencing the original film in numerous instances, such as with Valentine’s daughter, Valerie, or even with Burt’s famous one-liner when he shot-to-death the basement crashing Graboid from the first film, but instead of saying “rec room,” he yells “airplane hangar” as the Graboid explodes in a gush of orange blood as it rams into an underground electrical barrier. It’s a bit of a farce. Yet, there’s still an immense amount of enjoy-ability, energy, and Graboid fun to be had. 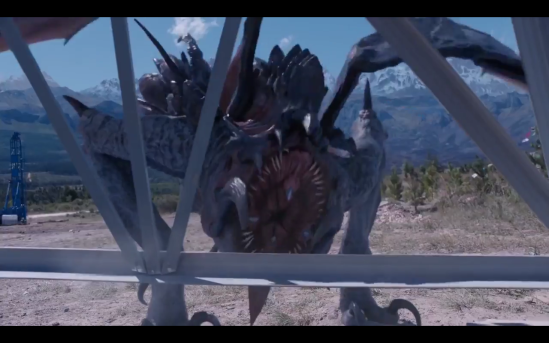 Universal releases the PG-13 “Tremors: A Cold Day in Hell” on the home video, 1440 Entertainment label, with a combo Blu-ray + DVD + Digital disc. The 1080p High Definition Blu-ray was viewed for this review which is presented in a widescreen 178:1 aspect ratio and the image quality is deep with details. The terrains absolutely come alive to the screen and, at the same time, expose the visual effects work. No matter how much the visual effects team tries to create an Canadian arctic atmosphere, the sands of the South African landscape couldn’t be optically opaqued. Nonetheless, facial features, character attire, and even the explosions, cascading, and orange Graboid blood gooing is sharp with precision definition. As far as audio, the English DTS-HD Master Audio 5.1 surround sound caters to every audible fissure with an attractive ambiance track (ass)blasting with baritone and ripping semi-automatic fire cues. Dialogue comes over clean and the soundtrack has healthy bones, aside from it’s generic, low-budget assortment. Extras include a making of “Tremors: A Cold Day in Hell” that’s broken down into multiple, short chapters, the anatomy of a scene, and inside Walter Chang’s kitschy market. Since the breaking news that SyFy will not longer move forward with the anticipating Tremors television series with Kevin Bacon, “”Tremors: A Cold Day in Hell” signifies that the withering franchise will not stray from Burt Gummer’s one-man show anytime soon; still, the sixth installment provides a healthy amounts of witty banter and a swimming pool full of Graboid gore, two foundational motifs still vibrant in the Tremors universe.