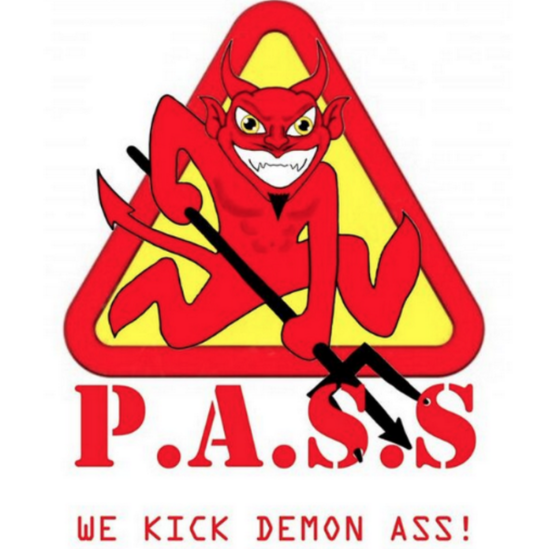 A young group of phony ghost ass kickers who call themselves Paranormal Activity Security Squad, aka P.A.S.S., setup a reality show to earn quick cash from gullible callers. When the calls for help trickle into their call center, aka their garage, P.A.S.S. eagerly answers the call, but they become intertwined into the sinister plot orchestrated by a real nasty demon named Vladimir Van Housin. Now, they must obtain the assistance of a slightly unorthodox, if not totally narcissistic, sorcerer, a brutishly strong Asian man-child, and the loyalty to each other to stop the powerful Van Housin demon from entering their world, tilting their very existence. 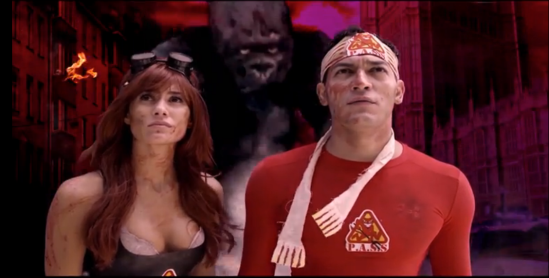 “P.A.S.S.” is either the prime candidate for the schlock of Troma or needs to be seriously considered by Jonathan Turell, CEO of The Criterion Collection, for upscaled distribution with all the bells and whistles. To be honest, my initial thought was another stupid horror-comedy with bathroom jokes while camera focusing a lot on Katie Heidy’s Wrench character’s cleavage. Lots of cleavage I can deal with, but when Rigan Machado’s dimwit character dumps a log out of his brown soaked whitey-tighties and then proceeds to pick it up and eat it, I nearly gave up on P.A.S.S….and eating anything…ever. But I continued to watch. And watch. And watch. And the more I watched, the more I witnessed untapped creativity and enigmatic entertainment that kept me enthralled to the cliffhanging end. 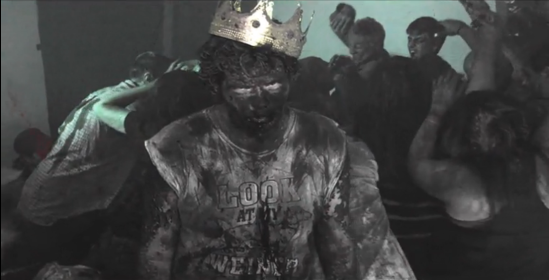 Among nearly all the other credits for P.A.S.S., writer, director, and star Alex Wraith has astronomical vision, using his galactic gonads to implement slight rotoscope technology and practical specials effects that develop a wicked comic world of insane determination. “P.A.S.S.” breaks all the laws of filmmaking. When a film attempts to homage an untouchable classic, in this case Ivan Reitman’s “Ghostbusters,” the project nearly gets blacklisted by fans. If you don’t believe me then check out the critical responses to this year’s “Ghostbusters” remake. Wraith’s film incorporate’s the humorously stiff commercial, the transformed hearse, and a team of four amateurs that all attach itself to the beloved Bill Murray comedy while also adding in public domain footage of retro horror from “Night of the Living Dead” to Ted Browning’s “Dracula” in the montage introduction and seriously ripping Star Wars. Wraith and some of his cast aren’t exactly newbies to the Hollywood game with Wraith having minor roles in “Savages” and “Taken 3,” and Sean Stone in also “Savages” and “Wall Street.” Katie Heidy and Jean-Claude Van Damme’s daughter, Bianca Bridgitte Van Damme, bring the squad’s, if not the movie’s overall, sex appeal while Dale C. Reeves portrays an awesome antagonistic spawned from hell demon who can’t be defeated and who also looks like Darth Maul. Don’t miss appearances by Dawna Lee Heising and “Amateur Pornstar Killer” director Shane Ryan! 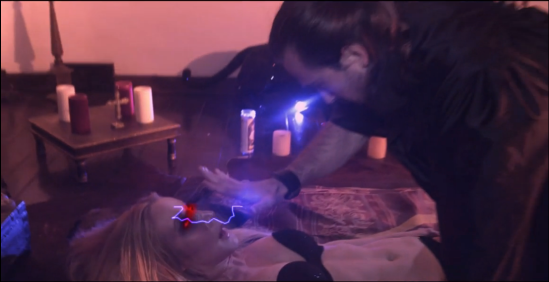 Aforementioned, the rotoscope and practical effects are not top shelf material, but achieve a otherworldly sensation and set the tone for the film’s kooky and demented nature. Wraith loved to overuse the lens flare which works favorably for the world he was trying to create. Also, at some point in time in the duration, I felt as if I was inside the video game series “Twisted Metal.” Perhaps because three of our heros were pitted against a evil clowned-faced giant reeking havoc in an alternative universe. I truly believe this piece of work is a look into the warped mind of some very open minded individuals who eager seek to spill their madness onto paper and onto the big screen. 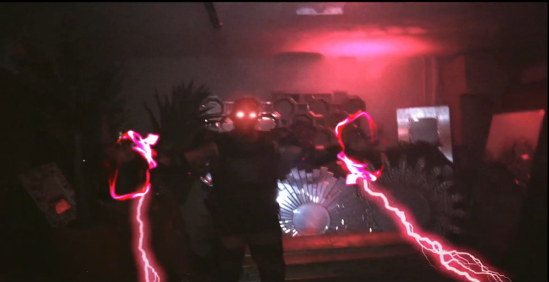 “P.A.S.S.” feels rightfully inexpensive due to Wraith and his team’s self funding, but the finished product reveals a smartly written script and some superb editing that keep the laughs rolling and the craziness fresh, turning up the intensity dial to beyond the max! I’m unable to critique the entire package as I was handed a screener link to review and I believe “P.A.S.S. has yet to find home distribution, but the handheld camera footage for the squad’s reality show looks amazing even if purposefully hectic at times and the audio is equally as clear and as balanced. Check out “Paranormal Activity Security Squad” wherever the film ends up and, I promise you, this film kicks not only demon ass, but the ass of many independent movies.

One response to “Who You Gonna Call to Stop Evil? “P.A.S.S. (Paranormal Activity Security Squad)” review!”