During Sunday’s services, a calm and confident Steve Belmont heads the Christian Sunday school youth class and seeks to be the permanent director of the Church’s suicide crisis unit that’s coming to the end of the planning stage. On Sunday’s, Steve performs as the model citizen whose ready to serve and give back to his community. During the rest of the week, the horse race track security guard can barely sustain societal worth, arriving late for work, constantly drunk, and has disdain for people being a speed bump in his path to greatness. All Steve Belmont has in life is the potential director’s job and his thirst, his unquenchable thirst for strangling women and dumping their bodies in the excessive heat of the Mojave desert. The local newspapers label his killings that of at the hands of the “Mojave Murderer” and his lust for killing call girls and young women runs a thin line alongside his Sunday best and when he begins to trust a Church regular, Steve’s mistakes begin to catch up with him. 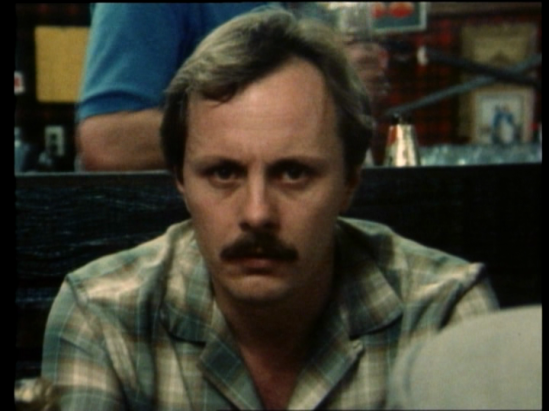 “Murderlust” is the first feature on the Intervision Picture Corp’s double bill DVD release from director Donald Jones and writer James Lane. The 1985 suspenseful horror-thriller comes to DVD for the very first time and doesn’t just boldly display a story of another run of the mill serial killer but does so with remarkable performances and a body of work that’s well crafted. Lane pens the center character focus on Steve Belmont and his delusion of power, being an overwrought sociopath with a belief he’s better than everyone else, and Belmont’s brazen lures to secure helpless victims is nothing short of a con artist’s trait. The ability of convincingly seducing the congregation to his benefit provides him pseudo mystical powers that pull the blinds over their God fearing eyes while he continues to slack through a meager life and holds tightly his reign of terror near the Mojave. Basically, in Belmont’s mind, he is God.

Eli Rich plays Steve Belmont, who can only be described as a twisted blend between Michael Beihn and Nick Offerman, and Rich canisters Belmont’s psychopathic tendencies in an terrifying performance of exact realism. Not many films can pull off the on and off switch of a serial killer, even Patrick Bateman in “American Psycho” was sensationalized, but the relatively small time actor produced a manufactured fearful reaction. Rich splits Belmont into two personalities while still managing to be contain a menacing aurora to feed audiences with dread, fear, and suspense and while Rich might be doing more than just one public service for his community by picking up and strangling local street walkers, Belmont never transitions into that role of the likable anti-hero as he manages to forthrightly ostracize himself from friends and family. As Steve’s square statured and responsible cousin Neil, Dennis Gannon epitomizes the upstanding citizen character, but maintains a soft spot for his unscrupulous next door neighbor cousin. Rochelle Taylor’s role is something of a love interest for Steve, who can’t bring himself to kill her even when the opportunity is present, but the one film and done actress Taylor can’t bring “Murderlust” to the promise land with an overzealous portrayal of an eager beaver, love struck Church girl that doesn’t fit the bill of Belmont’s world.

After a couple of quick Mojave Murderer victims, one including the scene illustrated for the DVD’s front cover with a topless and unchaste Ashley St. Jon, Steve, along with the flow of the story, banks into a suppressive funk. The narrative’s pace slows when Steve attempts to organize his life around his murderess hobby, turning the suspenseful thriller into a drama segment that is more or less of a laundry list on how to obtain rent money for an aggressive landlord, until the demand to hunt tugs heavily at his pant leg and he can no longer ignore the urge. “Murderlust”, despite the captivating title, is nearly a bloodless horror thriller. Steve uses his signature method of strangulation, leaving smartly no blood trail, and only at the finale does blood spill when Steve deviates from his unsympathetic hunt, kill, and dump program.

Woodland campers and best buds Gus and Jon wake up to discover their gear has been shredded and dispersed. They’re soon pursued by a frightening force of unknown origins. Lost and hungry, the two friends stumble upon a mountain cabin where cabin owner Marci shelters them for a night. Rested and resupplied, but haunted by their dreams, the two continue on foot in search of a town; instead, they become split up and Gus finds himself in the bizarre belly of a government facility that’s conducting an experiment and root of Gus and Jon’s predicament. Gus must confront the inner workings of his mind and take back control of his thoughts or else all that he knows, his friendship with Jon, and all that he desires, his passion for Marci, will soon be lost to the unchecked government secret known only as Touchtone. 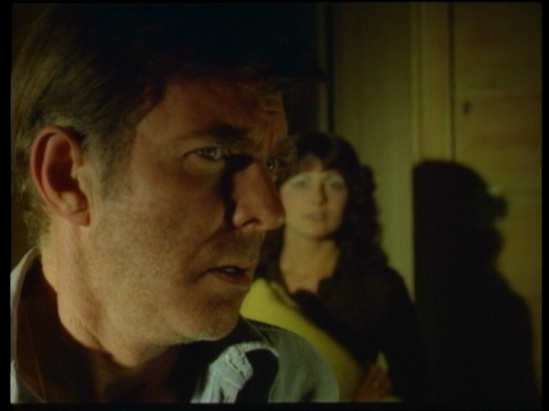 The second film on the double feature, “Project Nightmare,” starkly contrasts in genre with “Murderlust.” “Project Nightmare,” otherwise known as “Touchtone,” is a science fiction thriller piggy backing as a bonus feature and the 1979 conduit for confusion showcases how scarily surrealistic director Donald Jones can achieve. An odd film that materializes shortly after Gus and Jon’s plight begins and doesn’t let up the enigmatic ambiance as the audience will surge deeply into the rabbit whole. Even though told linearly, “Project Nightmare” feels, in fact, like a nightmare, peppered with sporadic scenes of uncomfortable imagery and repetitive ambient noises and soundtrack that jar the senses. Jones’ direction and style denotes an appeal of black and white scenes, but, in color, the film works better to give an ominous a stimulating visual and without that color, the story just wouldn’t work. 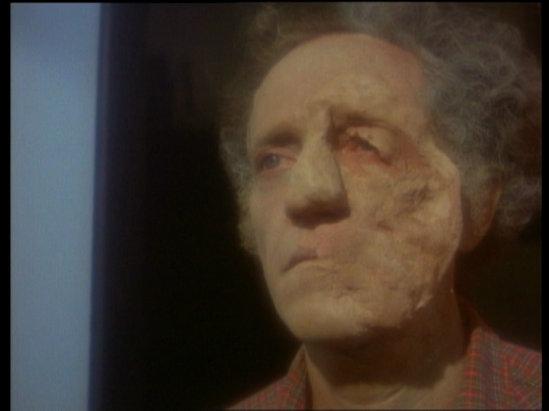 Charles Miller and Seth Foster star as the baffled and lost campers Gus and Jon. They’re joined by Elly Koslo, as Marcie, and Harry Melching, as Carl the government scientist, who provide indifferent character roles or just products of the imagination to support the dreamlike atmosphere. As a whole, the actors’ dynamic was obsoletely rigged but in an unsettling Lynchian fashion causing your eye balls to stay with the scenes. “Project Nightmare’s” experience will make you feel you’re watching a film much older than produced with the costumes, the language, and the wood paneled elevator and granted that Jones’ isn’t big budget, but the director was able to deliver with the minuscule budget available to fruition a sci-fi odyssey.

Intervision Picture Corp has a snazzy, two-headed snake in “Murderlust” and “Project Nightmare” presented in full frame 1.33:1 aspect ratio with a single channel Dolby Digital mono track. The original prints looks great with “Murderlust” slightly heftier in the cyan department during it’s 98 minute runtime. The single channel had better luck with the 74 minute runtime in “Project Nightmare and “Murderlust” had moments of softness where dialogue became a strength in exercising one’s hearing. Both issues listed didn’t hinder the final product; in fact, I’m quite pleased with the end result on both features. “Project Nightmare” has a natural presence that’s appeasing and “Murderlust” blankets itself warmly in, well, the associated Mojave desert. The bonus content on the Intervision release include two audio commentaries with writer-producer James Lane. The “Project Nightmare” commentary has partial audio. In conclusion, “Murderlust” might not be this tour de force of bloodletting hookers. The sheer realistic characteristics of a serial killer among us are more alarmingly exploited and continue the terrifying ordeal with “Project Nightmare,” a sci-fi sensory conundrum overloaded with spastic psychological terror from the Golden Age of film.

Buy Murderlust on DVD at Amazon!