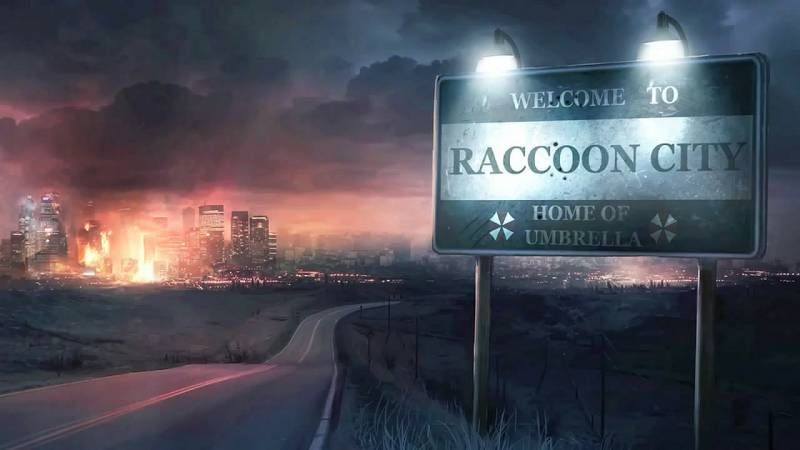 Well today is September 28th and if you’re a hardcore Resident Evil fan like me. Then you know that today was the day that the fictional, Raccoon City fell to the T-virus outbreak.

For those who have never played Resident Evil. Raccoon City is one of the biggest and most important settings in the series. It is the city where the evil Umbrella Corporation held their nasty bio weapon labs and testing facilities. The city was the main setting in Resident Evil 2, Resident Evil 3, Resident Evil: Outbreak file 1 and 2, and of course the crappy Resident Evil: Operation Raccoon city.

I have to say, I really miss running through the streets of this ruin city and fighting all sorts of monsters and zombies. Makes me excited that we are getting a chance to go back with the Resident Evil 2 Remake.

So I guess to celebrate this day, here is the bad ass opening scene from Resident Evil 3. Ah memories…

Well here I am doing another late review, this one being 5 years late but I just finished my first playthrough of the game and I feel the game needs more publicity since it still isn’t that well known. Before we go on with the review I want to tell the reader that there is a HD remaster version of this game on PC, PS4, and XBOX ONE. This review will not include that version. Review will only be on the version released back in 2010.

Metro: 2033 is a post-apocalyptic survival horror game. Developed by 4A Games and published by THQ on March 2010. The game is based on the science fiction novel by Dmitry Gluhvsky. The game takes place in Moscow in the year 2033, 20 years after a nuclear war that has devastated the world and has forced the survivors to live in the Moscow metro stations.

Since the game’s release I never thought much of it. I thought it was just a cheap game trying to get success after Fallout 3 and Fallout New Vegas, I never even heard a single person talk about it. When the sequel Metro last light was coming out I started to hear more about Metro 2033 and that it was good. I was still not sold but of course I guess waiting proved to be good since I got this game free a few months ago during a giveaway. So I finally downloaded it on steam and started playing. While playing I started to have regret for not picking this game up sooner, I was totally immersed into the game. First I would like to talk about the atmosphere of the game, It is amazing, one of the best atmospheric games I have ever played. From the old, dark metro stations to the silent, scorched surface of Moscow. Everything around you made the experience of the game very enjoyable, especially the feeling of sadness and gloom I had while on the surface looking at a destroyed city and wondering what it was like before the apocalypse.

Game play is simple and easy to learn, pretty much feels like a standard shooter but as for difficulty this game can be brutal. Even on normal difficulty I had a very hard time at certain moments and If you plan to play on ranger mode then you better hope you have a tolerance for dying over and over. Now for what you can do in the game is limited. Through your journey you will stop at multiple stations where you’ll be able to purchase or sell equipment. You can trade in ammo for currency, buy supplies, and buy better modified weapons which can fit your certain play style. You want to hide in the shadows and be stealthy? Buy a suppressed revolver or sub machine gun or if you are a shooter then buy the bad ass automatic shotgun machine gun thing. In the metro of course there are hostiles both mutants and humans that you will have to fight through. You have your standard mutants who crawl through the metro hunting you down. Then you have your Nazi and Soviet parties both at war with each other over different stations.

The graphics are very well down, the environments are detailed and very nice to look at. NPC characters do look generic but none of it really effects the game. Now if you planning to play this game on PC please check the requirements for the game as it is a little demanding. I had to put the game on low settings just to get a decent frame rate. But if you do not have a decent PC then I would say try it out on XBOX 360

So for my final thoughts on Metro 2033 I’m going to give it a 8/10 score. It is a very good game, not much of a horror but a damn good science fiction. I highly recommend this game to people who love post-apocalyptic movies, games, books, etc. It is an amazing title. Before you play this title I must tell you, If you want the best experience of this game then please switch the language to Russian with american subtitles and have it atleast on normal. I promise you, you will be immersed in the game like I was.

Discovering ancient gyms in the literature world is like finding $5 in your pocket that you didn’t know you had. The feeling is a rush, an enlightening feature that emits from your soul making you glow with enjoyment. That feeling is so powerful because that means there lies hope and there lies new prospects, in all walks of life, out there for all of us. Coming across D.A. Stern’s novel “Black Dawn” in a second hand book store was a great find amongst the vast rows of books because of the novel’s timeless nature, something we’re all in fear of coming one day, the apocalypse.

“Black Dawn” follows multiple story lines of people, some good of heart and some not so much, when two waves hit. The first wave knocks out all electrical devices much like an E.M.P. does. The second wave sends a rush of anger into the bowels that makes people want to rape, rob, and kill. The story lines eventually connect to a finale that involves awaking an ancient, world ending entity.

Released in October of 2001 (yes, now I feel old), “Black Dawn” could have been read today or thirty years ago and still have the same affect. Why? Part of the agelessness of this book due to the author’s writing style. D.A. Stern’s style is blunt, to the point, and without mercy. Some critics might consider it dry and bland. In hindsight, Stern’s articulation of the events, jumping back and forth from story to story, would have been mass confusion if done in a more colorful, descriptive manner. Just tell me a character was shot and that convey’s the character’s death or seemingly death; this type of writing is perfect for “Black Dawn’s” as it lays down a serious tone.

Also, Demons never seem to go out of style. Though Stern never labels the undead creatures as demons, the idea that a character is killed and then resurrects to doing the bidding of an evil, soon-to-be-awakened threat spells out Demon from afar. The apocalypse happens in stages and so does the outing of each villain and hero creating a grip on your eye balls so you can’t look away from the words that tell how the events unfold.

Certainly a good read and a fast read. Quick, easy, and to the point but still giving you the edge of insanity, fear, and horror which is always refreshing especially since this novel is 13 years old. D.A. Stern wrote a couple of Blair Witch sequel novelization: “Blair Witch:: Graveyard Shift” and “Blair Witch: The Secret Confession of Rustin Parr”

Today, a look into the trailer for the upcoming apocalyptic/rapture-cometh thriller “The Remaining” revolving around a group of close-knit friends at a wedding when all of the sudden the world starts to fall apart around them.

“The Remaining” hits theaters September 5th. I wonder how the blend of found footage and third person will take with this graphics heavy edition to the biblical-endings genre. Looks rather good with some good scares to be had. “The Remaining” stars Alexa Vega, Johnny Pacar, Shaun Sipos, Italia Ricci, Bryan Dechart, Kim Pacheco, John Pyper-Ferguson, Erin Murphy, Liz E. Morgan and Hayley Lovitt.

Nearly 30 years have passed since the last Mad Max film, Beyond Thunderdome, and now we’re graced the next installment from this years San Diego Comic Con – Mad Max: Fury Road.

Looks like carnage and bliss rolled into one fucked up fruit rollup. Tom Hardy is a great choice to help reprise the role of Max from Mel Gibson and you can’t go wrong with creator George Miller at the helm. Got to love the Aussies!