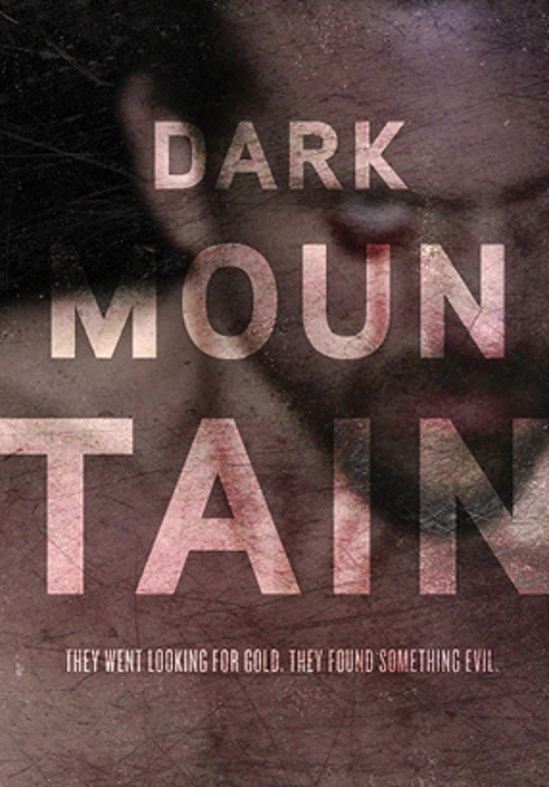 Three documentary filmmakers and gold hunters hitchhike to the remote Superstition Mountains of Arizona. The Lost Dutchman mine is their destination goal and all the long the way they film their experience until they disappeared and only the footage remained. The mountain have claimed many before them, will the mountain claim more unsuspecting treasure seekers? 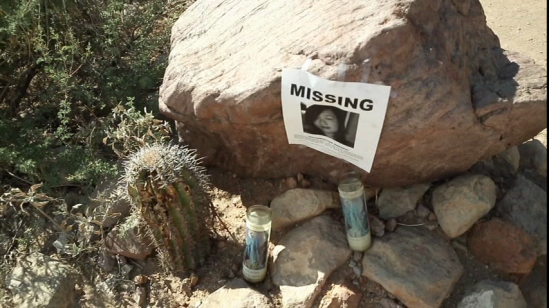 “Dark Mountain” claims to be a found footage experience that displays paranormal activities based on true events. Alien green lights, cave ghosts, and internal madness are all attributed to the Superstition Mountains. This is also the film’s downfall as too much is attributed to make Superstition Mountain a mystery all the way to the credits. The backstory about the Apache being the root cause of the disappearances would have been a more likely and just that more interesting because, really, when is the last time you’ve seen killer Apaches in modern times? Claustrophobia seems to be the new fad in the horror genre with films like “So Above, As Below,” “Day of the Mummy” (), and the upcoming Alexandre Aja produced film The Pyramid where a group of explorers become trapped, entombed and doomed by a supernatural force. These films are no cult hits like “The Descent” but the fear of the walls closing in and a force looming closer to you has taken charge and is on the rise of terror. “Dark Mountain” dabbles in that a little with the cave exploration sharing the terror that a night vision should ensue into the audience. 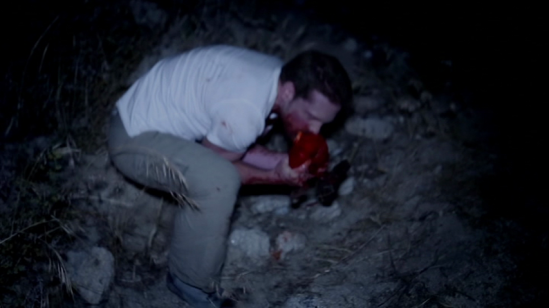 First time director Tara Anaise’s style is purely audible and that’s not a bad thing. The film progresses through sounds: locusts, thrash metal, and the sounds of the desert. The three hitchhikers played by Sage Howard, Andrew Simpson, and Shelby Stehlin do a fairly convincible job being lost, confused, and afraid tourists. However, the characters carry unrealistic characteristics which could also be contributed to the film crew’s inexperience. For one, if weird shit happens around one in the first instance, you get the hell out of dodge. Secondly, nobody’s cell phone and handheld camera has a battery life of five days and that is what happens here. Lastly, and this one is more bittersweet than the rest, Sage Howard scopes the land in her booty jorts amongst deadly rattle snakes and prickly surrounding cacti.

“Dark Mountain” from, uh, Dark Mountain Studios, Superstitious Films, and released by MVD can certainly be engaging and entertaining, but this story ends too abruptly leaving a sour taste. The accounts stay mysterious and the real knowledge of what malevolence goes untold. I’m sure that’s the film’s supposed charm, but even “Paranormal Activity” had a revelation, even “Blair Witch Project” had solid back story and so comes “Dark Mountain” whose heights has no limits.

No nudity. Just Sage Howard in her jean shorts! 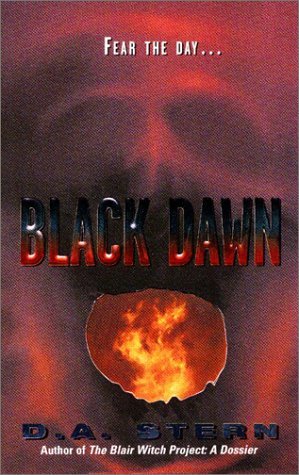 Discovering ancient gyms in the literature world is like finding $5 in your pocket that you didn’t know you had. The feeling is a rush, an enlightening feature that emits from your soul making you glow with enjoyment. That feeling is so powerful because that means there lies hope and there lies new prospects, in all walks of life, out there for all of us. Coming across D.A. Stern’s novel “Black Dawn” in a second hand book store was a great find amongst the vast rows of books because of the novel’s timeless nature, something we’re all in fear of coming one day, the apocalypse.

“Black Dawn” follows multiple story lines of people, some good of heart and some not so much, when two waves hit. The first wave knocks out all electrical devices much like an E.M.P. does. The second wave sends a rush of anger into the bowels that makes people want to rape, rob, and kill. The story lines eventually connect to a finale that involves awaking an ancient, world ending entity.

Released in October of 2001 (yes, now I feel old), “Black Dawn” could have been read today or thirty years ago and still have the same affect. Why? Part of the agelessness of this book due to the author’s writing style. D.A. Stern’s style is blunt, to the point, and without mercy. Some critics might consider it dry and bland. In hindsight, Stern’s articulation of the events, jumping back and forth from story to story, would have been mass confusion if done in a more colorful, descriptive manner. Just tell me a character was shot and that convey’s the character’s death or seemingly death; this type of writing is perfect for “Black Dawn’s” as it lays down a serious tone.

Also, Demons never seem to go out of style. Though Stern never labels the undead creatures as demons, the idea that a character is killed and then resurrects to doing the bidding of an evil, soon-to-be-awakened threat spells out Demon from afar. The apocalypse happens in stages and so does the outing of each villain and hero creating a grip on your eye balls so you can’t look away from the words that tell how the events unfold.

Certainly a good read and a fast read. Quick, easy, and to the point but still giving you the edge of insanity, fear, and horror which is always refreshing especially since this novel is 13 years old. D.A. Stern wrote a couple of Blair Witch sequel novelization: “Blair Witch:: Graveyard Shift” and “Blair Witch: The Secret Confession of Rustin Parr”